Hungarian GP: French Esteban Ocon in F1 Olympus Hungaroring (Hungary) (AFP) He also has his moment of glory: Esteban Ocon (Alpine), after Pierre Gasly in 2020, won the first Grand Prix of his career at 24, the second only of the 21st century for a Frenchman, after an incredible race in Hungary. . New "gold medal" for France! Thanks to an incredible combination of circumstances, Ocon was able to take the lead, then resist the assaults of the e 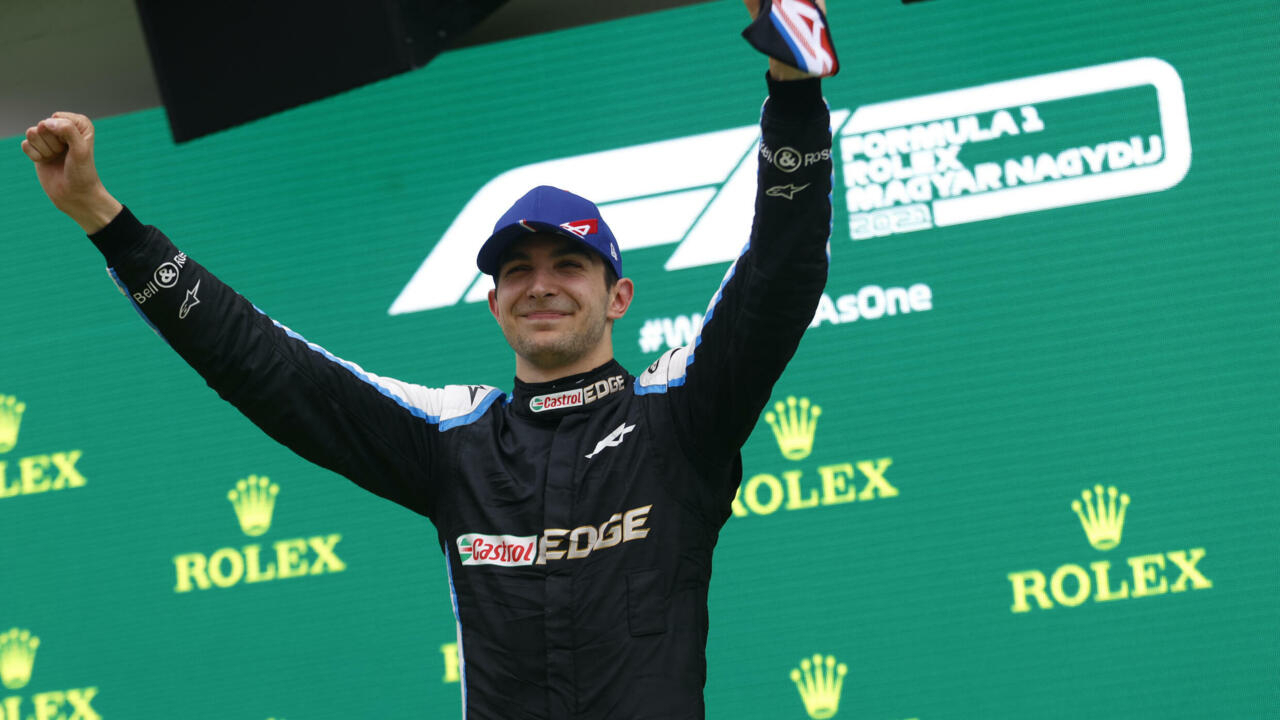 He also has his moment of glory: Esteban Ocon (Alpine), after Pierre Gasly in 2020, won the first Grand Prix of his career at 24, the second only of the 21st century for a Frenchman, after an incredible race in Hungary. .

Thanks to an incredible combination of circumstances, Ocon was able to take the lead, then resist the assaults of the experienced Sebastian Vettel (Aston Martin) and the return of Lewis Hamilton (Mercedes) to become the 14th French winner in Formula 1.

Eighth on the starting grid, the Normand came out 2nd from the chaos of the first turn, escaping several clashes, behind the "poleman" Hamilton.

After a strategic error by the latter at the new start, under the returning sun, Ocon set out to conquer a prestigious victory, for his 78th F1 Grand Prix.

Hamilton, after being last on the restart because he had not changed tires, unlike his rivals, managed an incredible comeback to finish 3rd and regain the lead of the championship from Max Verstappen (Red Bull).

The Dutchman, a car damaged in the accident in the first round, was then the victim of a strategy error by his team, while he was in front of Hamilton.

He finally finished 10th and was six points behind Sir Lewis, after 11 out of 23 innings.

But far from the Hamilton-Verstappen duel which punctuated the first half of the season with a beating pace, it was towards the Norman that all eyes turned when he offered France his 2nd Marseillaise in less than a year, after the similar success of Pierre Gasly at Monza on September 6.

"What a moment, it feels so good. We had a difficult time this season but we kept working. I don't know what to say, it's just fantastic. It's teamwork", a- he reacted before getting on the podium.

All smiles on the podium, Ocon had eleven world championship titles at his side: four for Vettel (2nd) and seven for Hamilton (3rd), both of whom congratulated him.

This Hungarian GP will go down in the history of the mad races of Formula 1. And like Olivier Panis in 1996 in Monaco, like Gasly in 2020 in Monza in Italy, it is a Frenchman who knew how to take advantage of the circumstances.

Ocon also offers his French team Alpine, the new name of Renault in F1, a first victory since 2008 and the success of Fernando Alonso in Japan.

- Prost: "You have to know how to seize your chance" -

"It will give a crazy boost to the team, which needs it. There has been some success, luck, but you have to know how to seize it", congratulated on Canal + Alain Prost, non-executive director of Alpine and quadruple world champion.

Ocon, a native of Evreux, enters the closed circle of now 111 F1 winners.

Still wearing a helmet, he ran in the pit lane, did a "dab" in front of the audience, jumped like a maniac, took advantage of a walkabout with his whole team.

Then it was worn by his teammate Alonso ... A celebration worthy of the moment, unique in the career of a pilot.

"With Fernando, we form a duo of shock. There are a lot of things that are said about him but I can tell you that everything is false, he is a fantastic guy", declared Ocon in front of full stands, acquired with the cause of Verstappen but who also chanted the name of the French.

As Hamilton was on a wild comeback from 14th place on lap 5, Alonso played a crucial role in the young Frenchman's victory.

The Spaniard, 2005 and 2006 world champion with Renault, has long repelled the assaults of the British, unleashed.

It was not until the 67th lap out of 70 that he was overtaken.

And Hamilton, who was aiming for a 100th victory, then passed Sainz.

But he did not have time to come back to Vettel and Ocon.