Large fires in the terrain are raging on the tourist-dense Greek island of Rhodes. Residents in the vicinity are being evacuated and the power has gone out on large parts of the island. 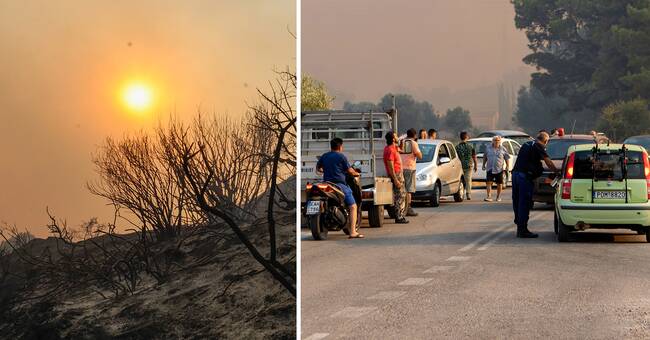 Forces from the rescue service are fighting the flames with the help of helicopters and planes, among other things, but the situation is not yet under control.

In some areas, the fires cause disturbances in the telephone network and in other places there should no longer be running water, writes The Greek Reporter.

The fires have forced residents in a number of villages, including the town of Psinthos, to evacuate.

A military base has also been evacuated.

The worst affected is the Kalamonas area, which is close to the popular tourist attraction Fjärilarnas dal.

The summer has been very hot in several places in Greece. The heat is expected to linger for several days to come and Greek authorities have issued a warning for high temperatures.