Champions Trophy: Lille once again dethrones Paris SG Tel Aviv (AFP) Eight-time defending champion, Paris SG let slip the Champions Trophy against Lille (1-0), Sunday in Tel Aviv, a defeat that stains in view of its immense ambitions. Winner of the Championship last May, the Losc maintains its good momentum, with this cup that it won for the first time in its history. The Portuguese Xeka, with a sublime strike from 20 meters before half-time (45th 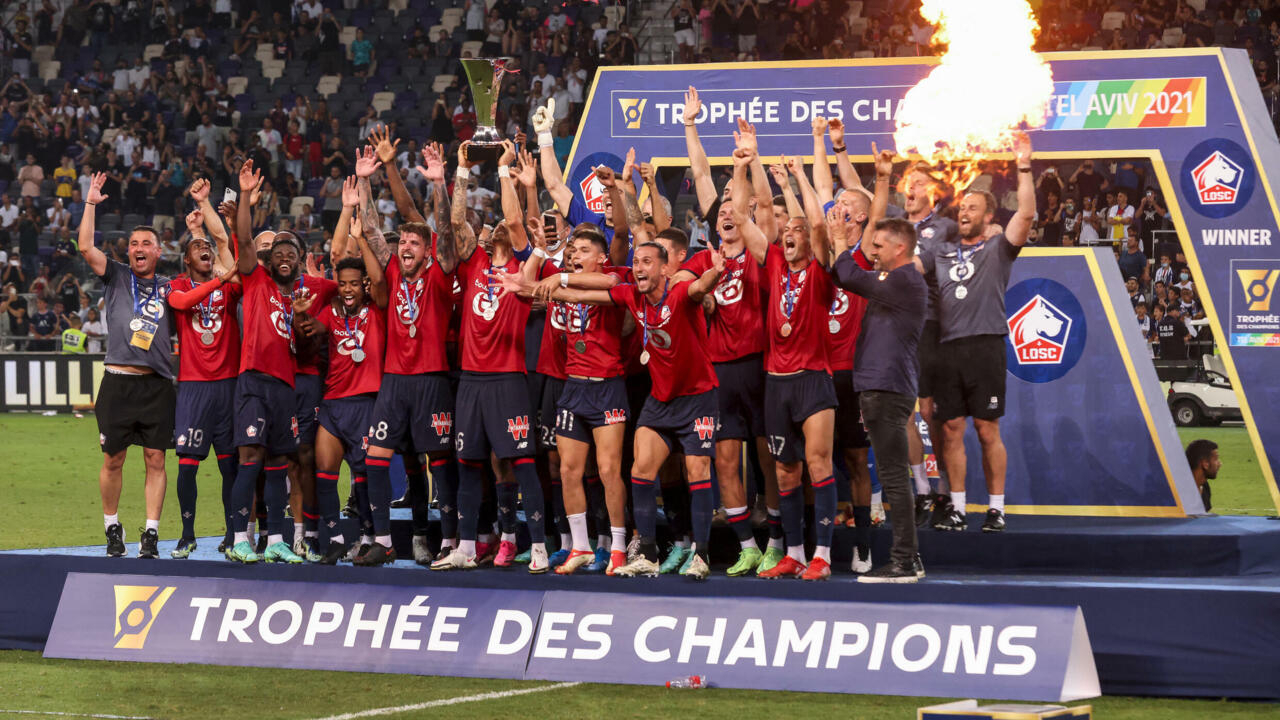 Eight-time defending champion, Paris SG let slip the Champions Trophy against Lille (1-0), Sunday in Tel Aviv, a defeat that stains in view of its immense ambitions.

Winner of the Championship last May, the Losc maintains its good momentum, with this cup that it won for the first time in its history.

The Portuguese Xeka, with a sublime strike from 20 meters before half-time (45th), sealed the logical success of Lille, against Parisians too diminished to pack the meeting.

But the absences of Neymar, Kylian Mbappé, Angel Di Maria, Sergio Ramos or Marquinhos should not be "an excuse" for PSG, insisted before the match the coach Mauricio Pochettino, who lost Idrissa Gueye (Covid-19) a few hours before kick-off.

The Argentinian technician, obsessed with winning, wanted to start with a trophy a 2021/22 exercise under the sign of revenge, after the disappointing 2nd place last season.

Despite the XXL transfer window, which was seen in Tel Aviv with Achraf Hakimi (holder) and Georginio Wijnaldum (entered in the 70th), the return to the top of the country promises to be less easy than expected.

He will have to wait for the trip to the promoted Troyes, Saturday for the first day of Ligue 1, to perhaps reach the desired orbit.

Paris still needs to integrate its stars, including Neymar who returns to training next week, and to create an identity.

Quite the opposite of Lille, which knew how to seize its chance, with a method similar to that which made its strength in 2020/21, with Christophe Galtier.

"Why change a team that won the title?" Asked captain José Fonte on Friday.

Jocelyn Gourvennec, whose arrival on the bench was criticized by supporters, could only agree.

Solid in defense, surgical against, the "Mastiffs" played on their strength, with the Turkish striker Burak Yilmaz in charge, not far from opening the scoring three times (6th, 7th, 40th).

It was finally Xeka who rewarded the efforts of Lille, with a sudden shot that awakened a game that had been rather balanced until then.

The summer of the Portuguese midfielder is an example of resilience: in mid-July, he was involved in a fight with ... his teammate Tiago Djalo, at half-time of a friendly match.

Here he is the hero of the evening, with the statuette of the man of the match!

Opposite, Paris relied on the breakthroughs of Hakimi to destabilize the northern bloc in the right lane, where the rookie made his qualities of speed speak.

But like his team in difficulty, the Moroccan had a complicated evening, disturbed by the whistles of the public in Tel Aviv with each of his ball catches.

The player notably took a stand for Palestine last spring, at the heart of a new Israeli-Palestinian crisis.

In this funny atmosphere, PSG tried to get out of the doldrums, reinforced by the heat (29 degrees at kickoff), by two strikes from afar (28th, 39th) that goalkeeper Leo Jardim pushed back.

The second period was of the same ilk for Parisians without ideas against Lille folded up like a "Roman turtle".

From the head, Abdou Diallo (56th) had the best opportunity, on a corner, but the defender missed the frame.

The entry of Wijnaldum, who had his chance (90th + 1), breathed new life into the Parisians at the end of the match, but Lille was impassable.

Jardim missed his release (90th + 2), shooting directly on Mauro Icardi, but the Argentine striker could not take advantage of his mistake.

His last "zero" on the national level dated back to the defeat against Lille in the Championship (1-0), at the beginning of April, a setback which cost dearly in the race for the title.

It remains today to write another ending.