A proposal to allocate “tracks” for the “electric scooter” 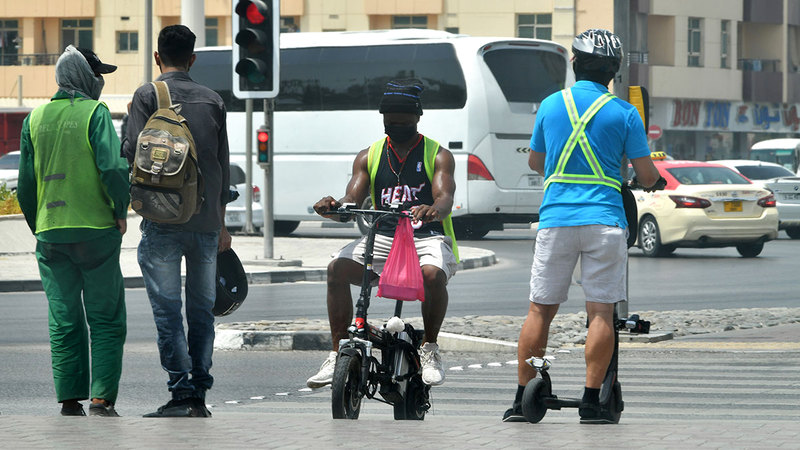 A proposal to allocate “tracks” for the “electric scooter”

Electric scooters contribute to reducing congestion on the roads.

The newspaper received complaints about young men using this type of modern means on the streets and public roads, and sometimes crowding them with vehicles. Participants in the survey suggested allocating a specific path for them, parallel to pedestrian paths, and intensifying control over their users.

They pointed out the importance of benefiting from modern products, which contribute to reducing congestion on the roads, reducing carbon emissions, and giving life a more flexible character for the population, in addition to their multiple positive health effects.

However, they stressed the need for its users to abide by the laws, and not to drive them in other than designated places.

In previous statements, the Dubai Roads and Transport Authority stressed the need for electric scooter drivers to abide by the public safety laws contained in the Traffic Law and Law No. (2) of 2015, on the basis of which fines and penalties are imposed on individuals and companies who do not comply with the conditions. Applicable in driving and operating this vehicle.

On its Twitter account, the newspaper published a poll about driving an electric scooter, in which 75% of the participants saw driving on the streets as extremely dangerous.

And 84% of them, in answer to another question, confirmed that most electric scooter drivers do not abide by the laws, calling for intensifying youth awareness of the need to use protection methods, the most important of which is the helmet.

The user's age should not be less than 14 years.

- Stopping the “scooter” in the designated parking lots (if any).

Not to use or leave the scooter in a way that obstructs the movement of vehicles or pedestrians.

Leave a sufficient safety distance between him and bicycles and pedestrians.

Its speed should not exceed 20 kilometers per hour.

Not carrying anything that causes the scooter to be unbalanced.

Using the scooter individually and not carrying another passenger.

- Adhere to the instructions and guiding signs.

Notify the competent authorities when any accident occurs, whether or not it causes harm to others.

Do not use the dual speakers while driving the electric scooter.

- Adhere to the conditions of public safety while driving the electric scooter.

Not to drive in a manner that poses a danger to the public or endangers its life.

Not to drive on a path other than the “electric scooter” and common paths.