The Japanese government ordered the return of President Moon Jae-in and the Japanese embassy general in Soma, who caused controversy by making inappropriate remarks about Korean diplomacy. Soma Corporation is said to be leaving the country as early as this week. 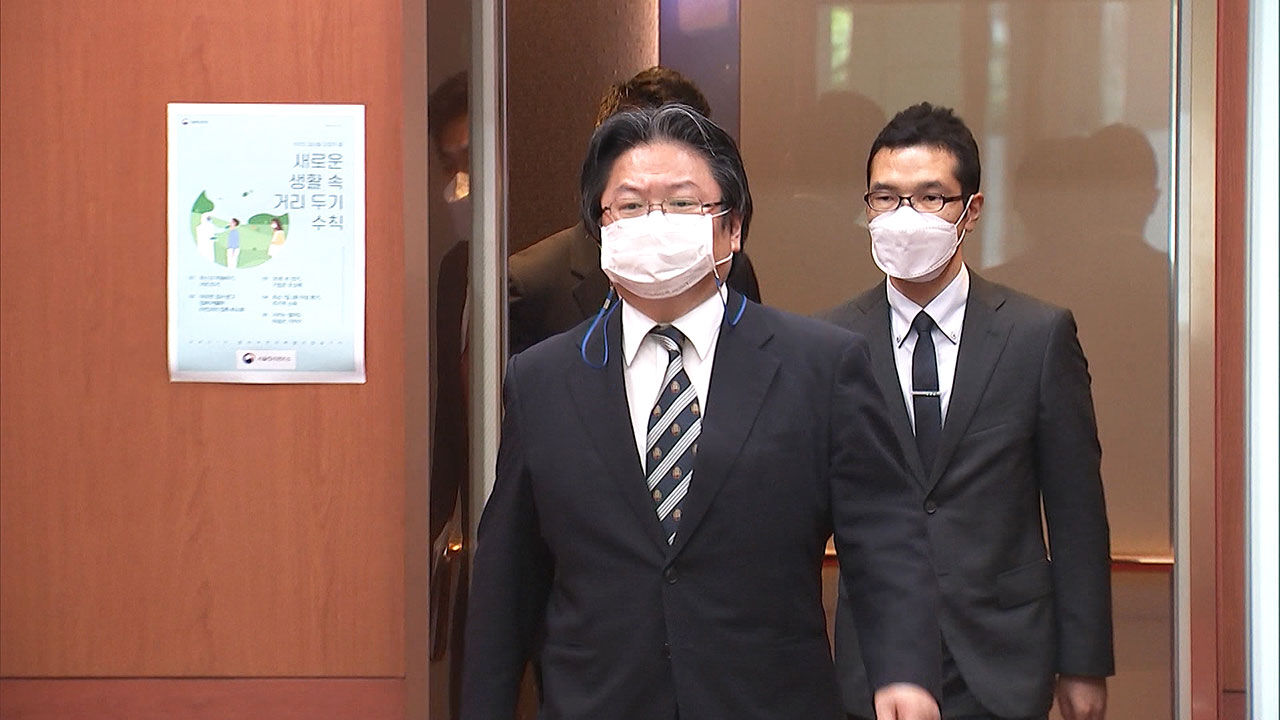 Japanese government ordered the return of the Japanese Embassy in Soma, who caused controversy by making inappropriate remarks about President Moon Jae-in and Korean diplomacy.

Soma Corporation is said to be leaving the country as early as this week.

Kwak Sang-eun is a reporter.

Japanese Ministry of Foreign Affairs has issued an order to the Japanese Embassy in Korea, General Hirohisa Soma, to return to her home country.

An official from the Ministry of Foreign Affairs said yesterday (1st) that when the personnel policy for Soma was reported through the Japanese media, the South Korean government also "confirmed that it is true."

In a meeting with a domestic media last month, it was reported that the Soma Corporation was using vulgar sexual expressions to criticize President Moon Jae-in and South Korean diplomacy.

In response, the Korean government summoned the Japanese ambassador to Korea to protest strongly and demanded 'reasonable measures', but the Japanese Ministry of Foreign Affairs formalized the policy of dismissal within a week.

While both Korea and Japan were discussing ways for President Moon to attend the opening ceremony of the Tokyo Olympics and have a summit meeting with Prime Minister Suga, the sudden remarks of Minister Soma ultimately affected the cancellation of the summit.

The Japanese media reported that Minister Soma, who took office in July 2019, will soon be summoned to his home country amid a scandal of inappropriate remarks, citing that the Japanese embassy in Korea has typically moved personnel every two years.