Wave of complaints about the new regulations on tourist apartments in Madrid: "The prices of low and first floors are going to skyrocket"

The controversy over the limitation of tourist flats to the ground floor and the first floors that will come into force, a priori in Madrid, in autumn, continues to talk about. For... 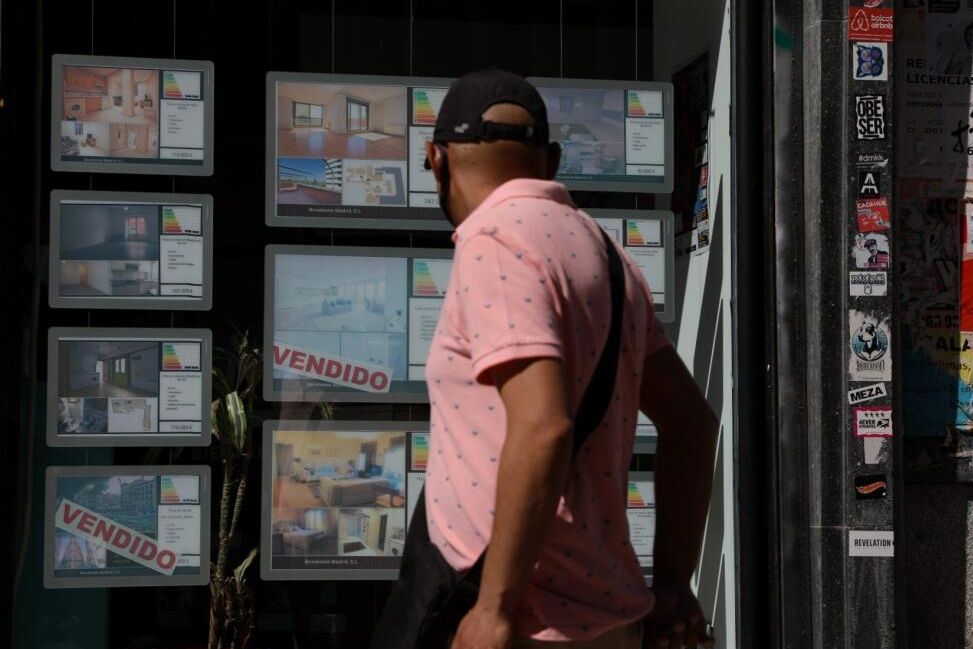 The controversy over the limitation of tourist flats to the ground floor and the first floors that will come into force, a priori in Madrid,

, continues to talk about.

On the one hand, the rejection and indignation of the holiday home sector continues.

There is also a resounding opposition from some opposition political groups, such as Más Madrid, who demand more restrictive regulations to keep this activity away from residential buildings.

And although both positions are opposed, they converge in the

: that these new measures will give the starting signal to a race to

this type of property at street level.

The possibility that the sale prices of the low and the first ones will increase is clearly contemplated in the real estate sector. In Idealista, one of the reference portals in the search for flats, they indicate to EL MUNDO that "it may make sense that greater demand is generated" and they highlight a second possibility: the

transformation of commercial premises into housing

. The phenomenon is not new, but "it has increased with price increases in houses for sale and rentals, the digitization of shops and, of course, as a result of the pandemic."

“There are many closed premises, and there are promoters who are just dedicated to this, to look for closed shops or garages and, after planning a project, if the City Council gives them the green light and authorizes the change of use, to get a house with all the necessary Required guarantees ”, they continue in Idealista, who offer a third hypothesis of what could happen. “It is foreseeable that more premium stores may also appear. For example, all those bank branches that are going to close soon, as they have announced, due to large mergers between entities. Perhaps many projects of this type will start as long as

Asked about this thesis, in the Urban Development Area they detail that, since 2015,

1,942 transformations of premises into flats

. Even so, they do not believe that this change in use is going to become a trend, although they suggest that "there will be some." "The conditions of a business are not what a vacation home requires," they clarify, something that could be adapted, according to experts, with a current reform.

The spokesman for Más Madrid in the Urban Development Commission, Paco Pérez, is convinced that the new municipal regulations

"are going to skyrocket prices in low and first floors

, and may mean that many developers turn to this type of property" . «It is a drain so that these types of apartments can be installed with hardly any limitations; right now there is a lot of offer that can meet these characteristics ", specifies the mayor of the main opposition group in the City Council, annoyed because with this new regulation" there is no progress. "

In his opinion, "this can quite satisfy the demands of the developers" and argues that the reform made by the Government of Manuela Carmena "limited this situation, since these homes had to have independent access", something very complex to achieve.

In addition, it maintains that this process is committed to the continuity of the "outsourcing of entire neighborhoods" and "expels the population from the center of the city."

With the new regulations, and if everything runs its course, eight out of 10 tourist apartments in the capital will be lost, according to Aloja Madrid's forecast after conducting a survey among its partners.

This association made up of more than 4,000 tourist properties and flagship within this sector calculates that «this limitation will have a direct impact on the growth of Madrid's GDP, since it puts at stake around

of the more than 1,800 million euros that those houses inject ».

In addition, they highlight that this type of property acts as an economic catalyst for local commerce.

Or what is the same: «Each guest spends more than

, of which six out of every 10 euros are in stores near the place of accommodation.

Covid The focus of Mallorca is close to 1,000 positives in Madrid: "They had told us they were going to private events, not a macro-bottle"