Surgery and treatment for months and a series that was not shown.. the death of Intisar Al-Sharrah, one of the pioneers of Kuwaiti art

Kuwaiti actress Intisar Al-Sharrah's career spanned more than 41 years, during which she did not leave acting, even after wearing the veil in 2002. 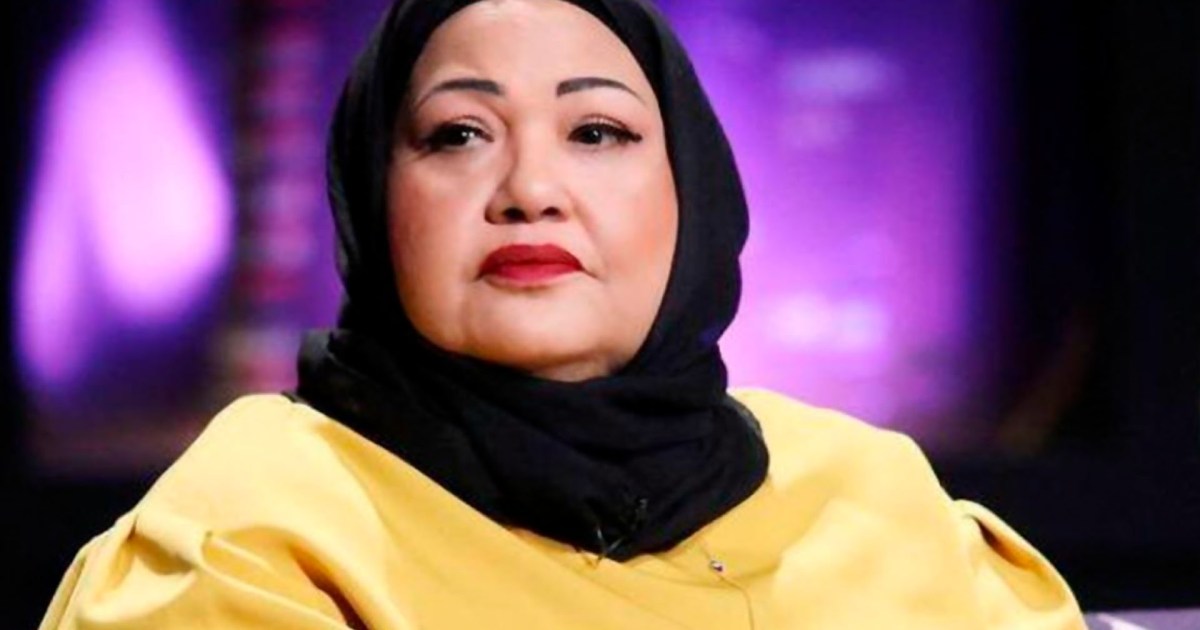 At the age of 59, Kuwaiti artist Intisar Al-Sharrah, one of the pioneers of art in Kuwait in theatre, drama and television programs, died today.

Kuwaiti broadcaster Mai Al-Aidan announced - on her Instagram page - the news of Al-Sharrah’s death, and wrote, “We belong to God and to Him we shall return. The same land from which Shard left.

obituary of the Kuwaiti Ministry of Culture

Immediately after her death was announced, the Kuwaiti Ministry of Information was keen to mourn her, and the official spokeswoman for the ministry said that the late artist, from her inception, presented immortal plays, starting with "By Bye London" with the late artist Abdul Hussein Abdul Redha, to complete her distinguished career by presenting distinguished plays.

Intisar Al-Sharrah suffered a health crisis in November 2020, and underwent intensive care at Al-Amiri Hospital after undergoing intestinal surgery, but then suffered from a lack of oxygen and bacteria in the blood.

Months later, she was transferred to a hospital in the British capital, London, but her condition worsened and she died today, and grief overtook her colleagues in the artistic community because she was loved in the Arab Gulf;

A number of them mourned her, such as the artist Haifa Hussein, who wrote, "There is no god but God, there is no power or strength except in God... God's condolences are painful, but we only say God has mercy on her and forgives her, and my condolences to the family of dear Umm Salem and to all the Gulf and Kuwaiti artistic community in particular, and we belong to God and to Him." We shall return."

The artist, Ilham Al-Fadala, called her on her page, saying, "We belong to God and to Him we shall return. May God forgive you, have mercy on you, and dwell in his vast gardens."

As for the artist, Daoud Hussein, he wrote on Instagram, "To the Gardens of the Eternity, my dear sister.. I cannot find words that fulfill your right during the years of brotherhood, fellowship and the smile that brought us together.. Excuse me, I am not good at expression in times of trauma.. I can't believe that I mourn you and ask you for mercy and forgiveness from the Almighty." The Almighty, and that you are in his gardens with the two friends, the righteous and the martyrs.. Umm Salem, my dear sister.. the Creator will have mercy on you and strengthen you when you ask.. We belong to God and to Him we shall return.. Al-Fatihah for her pure soul.”

The artist Abdul Aziz Al-Muslim wrote, "I ask God to have mercy on Intisar Al-Sharrah, pardon her, forgive her, prove her when asked, expand her entrance, honor her inn, and make her grave a kindergarten from the gardens of Paradise, God willing."

Starting with the bands

And Intisar Al-Sharrah, who was born on November 5, 1962, had her start with the singing groups in the late seventies of the last century, but in 1980 she presented her first acting experience through the series “He came out and did not return,” and after that she joined the Higher Institute of Arts. The play she graduated from in 1985 and presented her play "By Bye London", through which she became famous with the expression "AIE", where she became famous for her comedic performance.

Among her theatrical works are also "Cinderella", "You Hear You Laugh", "Land and Loan", "Small Lulu", "Scam and Fraud", "Lolaki", "My Marriage by Fax" and "The Tantal Laughs", and in the drama she presented "To Whom It May Concern". "A family over a hot oven", "Abu Al-Falous", "Khad and vinegar" and "Ish Al Marjawi".

With the new millennium, she continued her artistic work with the younger generation, to present “Adani Al-Aib”, “Beit Bayut” and “Janat Heli”, and she appeared as a guest of honor in the series “Matar Summer”, and also participated in the series “Dinar Nassib Mukhtar”, which has not yet been shown. , extending her career for more than 41 years, during which she did not leave acting even after wearing the veil in 2002, but her roles decreased and it was said at the time that she was exposed to war from the producers.

In addition to the artistic balance, she was living a stable family life with her husband, Mazen Salem Al-Tamimi, who is one of the prominent figures in the field of economy and trade, and she has 3 sons, Dalal, Ali and Salem.