Situational bargaining: what is behind Lithuania's threats to achieve the introduction of new EU sanctions against Belarus

Lithuania will raise the issue of new sanctions at the EU level against Belarus, if the republic does not take action to resolve the migration crisis. Earlier, Lithuanian Foreign Minister Gabrielus Landsbergis promised that Vilnius would not insist on the introduction of new sanctions by the European Union against Belarus if the flow of illegal migrants to Lithuania is stopped. According to experts, Lithuania's proposal is untenable, and Vilnius has nothing to offer Minsk. 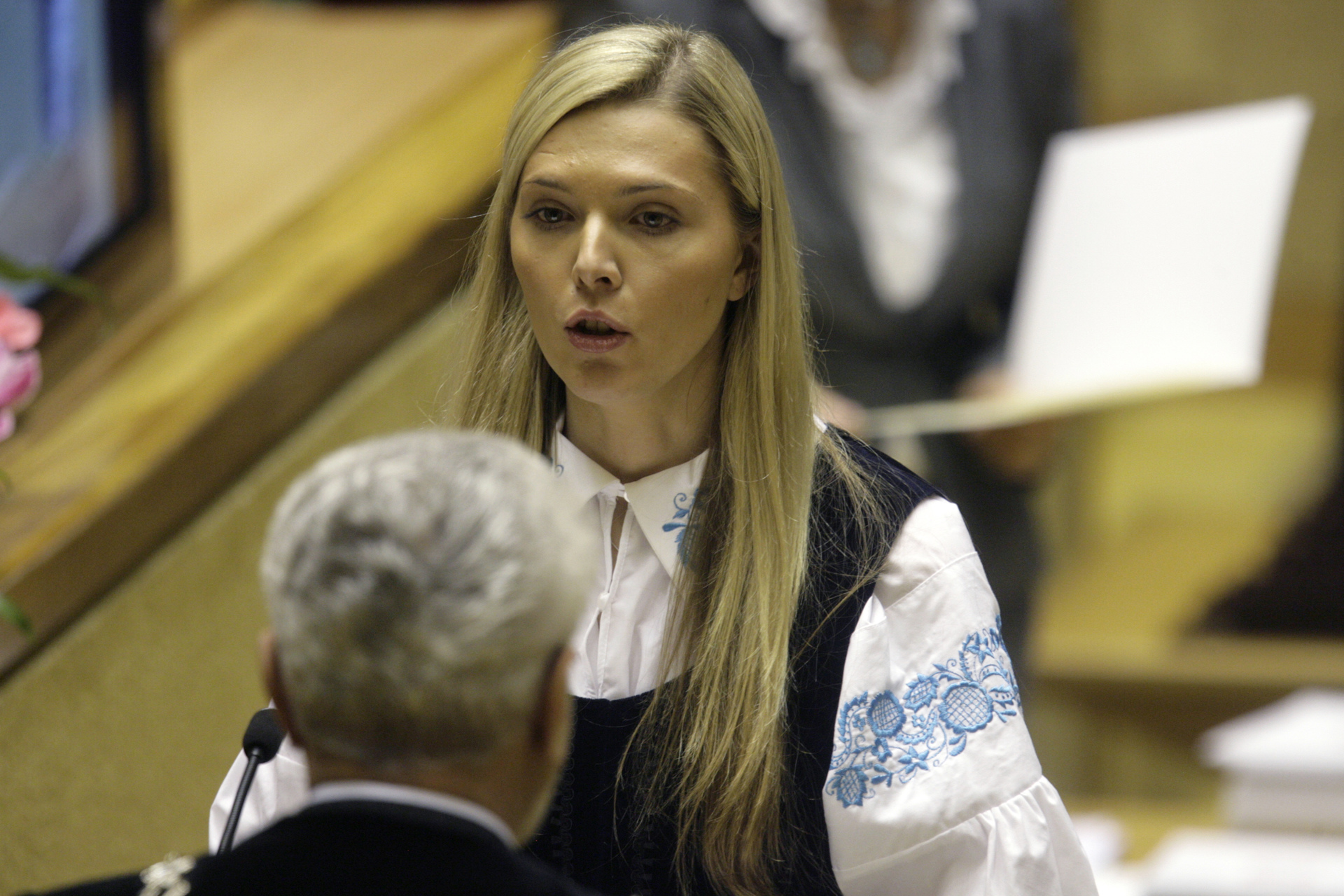 Lithuania will raise the issue of new sanctions against Belarus at the EU level, if Minsk does not take action to resolve the migration crisis.

This was stated by the head of the Lithuanian Foreign Ministry Gabrielus Landsbergis.

“Sanctions for organizing illegal migration for Belarus have not been imposed now.

They have been proposed, but they will lose their meaning if Minsk stops this activity that violates any international norms and agreements, ”Landsbergis said in a statement.

The day before, the head of the foreign policy department of the Republic of Lithuania noted that the role of the EU is especially important in resolving the situation with the influx of illegal immigrants into the country.

According to him, the departments of the union should help Vilnius to destroy the delivery network of illegal immigrants and return them to their countries.

“A certain dialogue is underway, and we said that neither Lithuania nor the European Union will propose new sanctions if the flow of illegal migrants stops,” he explained.

Recall that relations between the West and Belarus entered a new round of aggravation after the incident with the landing of a Ryanair passenger plane in Minsk.

In retaliation, the EU imposed sectoral economic sanctions against Belarus in addition to those already in force, imposed after the 2020 presidential elections and subsequent opposition protests.

Soon the Lithuanian authorities announced an increased number of migrants arriving from the territory of Belarus, and accused the country's leadership of organizing the delivery of illegal immigrants to the EU borders.

In turn, President of Belarus Alexander Lukashenko said at the end of May that Western countries should independently exercise control over the flows of illegal migrants at their borders.

“We stopped drugs and migrants - now you will eat and catch them yourself,” the Belarusian leader said, speaking in parliament.

Due to the noticeably increased number of illegal immigrants, the Lithuanian authorities have declared an extreme situation at the state level.

On July 9, the Minister of Internal Affairs of Lithuania, Agne Bilotaite, announced the start of the construction of a barbed wire fence along the entire border with Belarus.

Taking into account that the total length of the Lithuanian-Belarusian border is 678.8 km, according to Bilotaite, the project price will be about € 41 million.

On July 21, Lithuanian President Gitanas Nauseda signed amendments to the law on the legal status of foreigners, restricting the rights of illegal migrants.

According to the amendments, the time limits for the consideration of applications for asylum were reduced, and the asylum seekers themselves were deprived, including of the right to appeal against the decision of the court of first instance.

“Only two weeks have passed since the last meeting of the EU Interior Ministers, when I informed my colleagues in detail about the situation in Lithuania, and the number of illegal migrants has almost doubled during this time.

This situation requires immediate action and decisions, ”said the head of the Ministry of Internal Affairs of Lithuania.

She stressed that the erection of a "physical barrier" is one of the most important tasks and will help stop the flow of illegal migrants as soon as possible.

On the same day, speaking with journalists at the Druskininka border outpost, Bilotaite said that the main task of the Lithuanian authorities is to expel migrants from the country as soon as possible.

“Our main goal and task is to expel these people to their countries of origin as soon as possible.

We will be able to do this only if they are placed with us in safe territories, if we can quickly carry out migration procedures, establish their identities, and then we can send them home, ”the minister said.

At the same time, the defense ministers of Lithuania, Latvia and Estonia held a joint video conference, at which they agreed to coordinate their actions to overcome the migration crisis.

According to Delfi.lt journalists, they called the current situation a hybrid aggression on the part of Belarus.

“The current situation on the border is not an ordinary migration crisis, these are actions of a hybrid war directed against the stability of the European Union, NATO, and especially the Baltic countries.

This hybrid attack requires a unified and coordinated response from the Baltic countries, ”the publication quotes the head of the Lithuanian Ministry of Defense Arvydas Anushauskas.

In turn, the Minister of Defense of Estonia Kalle Laanet believes that the current crisis "is aimed directly at the Baltic countries and the northeastern flank of NATO."

Belarusian leader Alexander Lukashenko has repeatedly stated that Minsk is not obliged to ensure the security of the EU borders in the face of political and sanctions pressure exerted by the West against the republic.

He voiced this position again on July 20 at a meeting with Belarusian diplomats.

“They have imposed sanctions against us and we are accused of facilitating illegal migration by Lukashenka.

They strangle us, and we will protect them?

This is not naive, it is already insane, ”Lukashenka stressed.

The President of Belarus also noted that economic sanctions against the country negatively affect its ability to strengthen border security.

“Do they want me to five times increase the border service and border troops and bring them to the border?

Who will pay for it?

In the face of strangling our people and our state, who will pay? "

Threats of new sanctions from Lithuania due to the situation with migrants are unlikely to affect Belarus, Nikolai Mezhevich, chief researcher at the Institute of Europe of the Russian Academy of Sciences, said in a conversation with RT.

“The fact is that over the past thirty years Lithuania has always taken an anti-Belarusian position: sometimes this position was carefully disguised and presented as a kind of situational bargaining.

Today Lithuania has nothing to offer Belarus, which, in turn, could help Vilnius, including in the migration issue, therefore this threat is not effective, ”the expert emphasized.

At the same time, Mezhevich recalled that in this matter we are not talking about the cancellation of the already introduced restrictive measures against Belarus.

“The idea of ​​Landsbergis is that Lithuania will only promise that it will not ask the EU for new sanctions. And in exchange for this, Belarus must close the border from its side. At the same time, Vilnius does not envisage the lifting of existing sanctions. This is already a demonstration of a disrespectful attitude towards a potential negotiating partner. In addition, today the Ministry of Foreign Affairs of Lithuania considers the office of Tikhanovskaya to be the diplomatic representation of Belarus. In this case, Lithuanian politicians have no reason to appeal to Lukashenko, because they do not recognize him as the president of Belarus, "the interlocutor of RT explained.

In turn, Pavel Feldman, deputy director of the Institute for Strategic Studies and Forecasts of the RUDN University, recalled in a conversation with RT that, in accordance with the laws of the Republic of Belarus, foreign citizens can pass through its territory.

As for the further fate of these citizens, this is already an EU problem.

“The inability to protect our borders from migrants from other countries is characteristic of the entire European Union.

Lithuania uses the current situation with migrants as a pretext for introducing new sanctions in order to put pressure on the government of Belarus, Pavel Feldman emphasized.

“This is an instrument of political and economic blackmail aimed at ousting Lukashenka, since neither the EU nor the Baltic states likes him. Another question is that such scarecrows towards the Belarusian president will in no way save the European Union from the influx of illegal migrants. And the stream that is directed from Belarus is far from the main one. If the EU wants to solve these problems, then it must be done in a comprehensive manner, avoiding blackmailing the presidents of other countries and simply establishing its own security system. It is necessary not to frighten Lukashenka, but to reach agreements, ”the expert concluded.