More than 165 million tests since the beginning of the pandemic: 23 807 new cases of coronavirus were detected in Russia per day

Over the past 24 hours, 23 807 new cases of COVID-19 have been identified in Russia. During this time, 19,771 people have fully recovered, 792 have died. According to Rospotrebnadzor, 527 thousand tests for coronavirus were performed per day. Against the background of the morbidity situation, the head physician of the hospital in Kommunarka, Denis Protsenko, spoke about vaccination against infection, in particular, refuting assumptions about the possibility of infection after vaccination. Meanwhile, it became known that the production of the Russian Sputnik V vaccine had started in Uzbekistan. 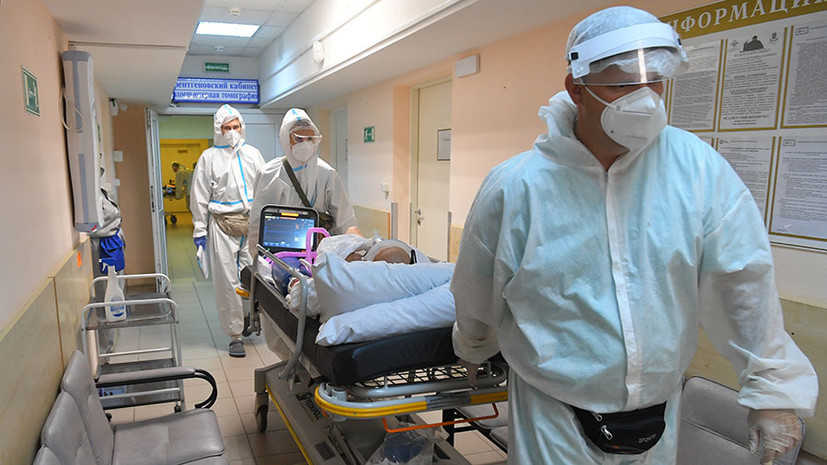 Over the past day, 23 807 new cases of coronavirus were detected in Russia.

At the same time, 19,771 people fully recovered, 792 died from complications that developed against the background of COVID-19 and concomitant diseases.

For the entire time of observations in the Russian Federation, 6,265,873 cases of coronavirus were detected.

According to Rospotrebnadzor, over 165.3 million laboratory tests for a new type of coronavirus infection were carried out over the entire period, including 527 thousand in the last day.

In Moscow over the past day, 3514 new cases of coronavirus were detected.

During this time, 918 people were hospitalized, 73 patients died.

According to the data of the capital's headquarters, there are 482 people on mechanical ventilation.

Denis Protsenko, chief physician of the City Clinical Hospital No. 40 in Kommunarka, spoke about the possibility of contracting coronavirus after vaccination.

Protsenko noted that the assumption of COVID-19 disease after vaccination is contrary to logic.

“With all my normal human, non-medical logic, I cannot understand how you can get infected with a vaccine fragment.

Therefore, this is speculation by anti-axers, it cannot be called otherwise.

At the same time, according to the doctor, after the first stage of vaccination, people "tend to relax" and "feel like they are in armor," although immunity to the virus has not yet formed by this time.

Production of "Sputnik V" in Uzbekistan

The first batches of Sputnik V vaccine against coronavirus were produced in Uzbekistan at the facilities of Jurabek Laboratories, the Russian Direct Investment Fund (RDIF) said.

“RDIF and one of the leading pharmaceutical manufacturers in Uzbekistan - Jurabek Laboratories - announce the production of the first batches of the Russian Sputnik V coronavirus vaccine.

The drug produced in Uzbekistan will be used to implement the program of vaccination of the population against coronavirus in the country, ”the fund said.

Sputnik V's validation games were sent to the center of them.

As a result of obtaining positive results, the enterprise will be able to start producing commercial batches.

Note that to date, the Sputnik V vaccine has been registered in 69 countries with a total population of more than 3.7 billion people.

WHO on the COVID-19 situation in the world

The Director-General of the World Health Organization (WHO) Tedros Adhanom Ghebreyesus previously said that the achievements in the fight against coronavirus infection in the world were under threat.

“In five of the six WHO regions, COVID-19 infection has increased by 80% over the past four weeks, or almost doubled.

Also on russian.rt.com WHO: Global achievements in the fight against coronavirus are under threat

As the head of WHO noted, the increase in the incidence of illness and death has been facilitated by increased mobility and contacts, as well as inappropriate use of health and social measures.

He also suggested that against the background of the continuation of the mutations of the coronavirus, the emergence of new dangerous strains should be expected.

Ghebreyesus stressed that the WHO had been warning about changes in the virus since the first reports of its appearance.

“Thus, four options of concern have emerged, and more will emerge as the virus continues to spread,” the head of WHO said at a briefing.

According to him, the increase in the incidence recorded in recent weeks is due to the delta strain.

The "Vector" center of Rospotrebnadzor spoke about the likelihood of displacing the delta strain of coronavirus in Russia with the "lambda" variant.

Also on russian.rt.com Vektor spoke about the effectiveness of vaccines against new variants of COVID-19

Recall that the so-called lambda strain was first registered in Peru in December 2020.

“Currently, there is no lambda strain in Russia.

The World Health Organization does not classify the lambda strain as a variant of concern (VOC).

The fact that the lambda strain will displace the delta variant seems doubtful, "- quoted by TASS message" Vector ".

Earlier it also became known that the Russian Ministry of Health is consulting with EU representatives on the recognition of certificates of vaccination against coronavirus on a reciprocal basis, said the head of the department Mikhail Murashko.

“Consultations are being held both with a number of EU countries, and in general with the European Union as a union.

They are of a technical nature, they are managed by the Ministry of Health, ”the minister told Interfax.

According to him, it is premature to make statements about any final agreements.

We will remind that earlier the Ministry of Health spoke about receiving a letter from the European Union with a proposal for mutual recognition of vaccination certificates against COVID-19 and are ready to discuss it.