Frost in Brazil - the highest coffee price in seven years

Freezing temperatures and frost have hit Brazilian coffee plantations hard. The unusual weather has meant that harvests have been lost and now the price of coffee is soaring - to the highest level in seven years. If the development continues, coffee can become more expensive in Sweden as well. 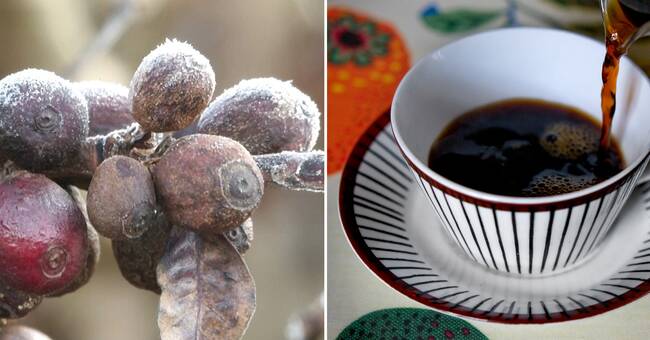 Coffee plantations in southern Brazil have been hit hard by the unusual cold of recent times.

For several nights in July it has been minus degrees.

Rare snowfall and frost-bitten crops have shocked the area.

At least one tenth of the coffee harvest has already been lost.

- Nothing will be harvested next year, says the Brazilian agricultural engineer Adriano Rabelo.

The largest coffee producer in the world

The cold temperatures have already led to the price of coffee skyrocketing internationally.

On July 23, the raw material price for the arabica coffee variety rose to the highest level since 2014, according to the news agency AFP.

The high-quality bean is one of Brazil's main exports.

Emma Frödå, agricultural expert at Danske Bank, says that the price increase in the long run can also affect Swedish consumers, as Sweden is completely dependent on imports.

At the same time, the general demand for coffee increases as more countries open up after the pandemic.

Exactly when the price increase may be felt by Swedish consumers is difficult to say.

- I think the price will go up but I do not think it will be empty on the shelves, Emma Frödå says to TT.

Hear Adriano Rabelo talk about the frost-bitten coffee beans in the video above.