Did you notice on TV? Olympic winner Daniel Ståhl sent grandiose and wonderful greetings to Finland: “I love sua” 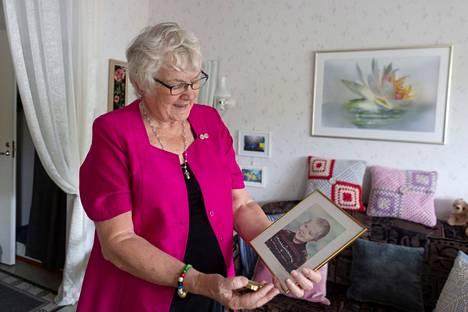 The family roots of Ståhl, who has thrown her lumber to 68.90, are in Finland: her grandmother Leila Laakso lives in Turku, where the mother of the new Olympic winner Taina was also born.

Often after Ståhl's competitions, joyful clips have been seen on Finnish television when Ståhl sends greetings to his grandmother in Turku.

The same thing happened on Saturday.

However, Yle's broadcast was cut off just as Ståhl was in front of the camera sending golden greetings to his beloved grandmother.

- Greetings to Grandma in Turku.

I won now, Ståhl had time to say, before the broadcast was interrupted.

Read more: Kulta-Daniel's Finnish mother tells about her son's love for Finland - that's why it only grew up this summer: "She was crying for joy"

Later, however, Ståhl's interview with comments in Finnish was put in full box.

The discus giant sent greetings to the Finns from President Sauli Niinistö.

I’m Swedish myself and have just won Olympic gold, and my “little brother” Simon Pettersson took the Olympic silver, he continued.

Familiar greetings to grandmothers came to Turku again this time in all their glory.

- Enjoy now, eat a lot of food and drink coffee with your friends there (in Turku).

See you in the fall and play Kimble.