Death at 65 of Jacob Desvarieux, child of rock and father of zouk - France 24

Death at 65 of Jacob Desvarieux, child of rock and father of zouk Paris (AFP) Guadeloupe guitarist Jacob Desvarieux, who died Friday in Pointe-à-Pitre as a result of Covid-19, was one of the founders of the group Kassav ', a monument in the West Indies which enjoyed enormous success in the 80s by mixing local music to create a style, the zouk. Aged 65, he was hospitalized on July 12 after being infected with the coronavirus. In fragile health since a kidney tr 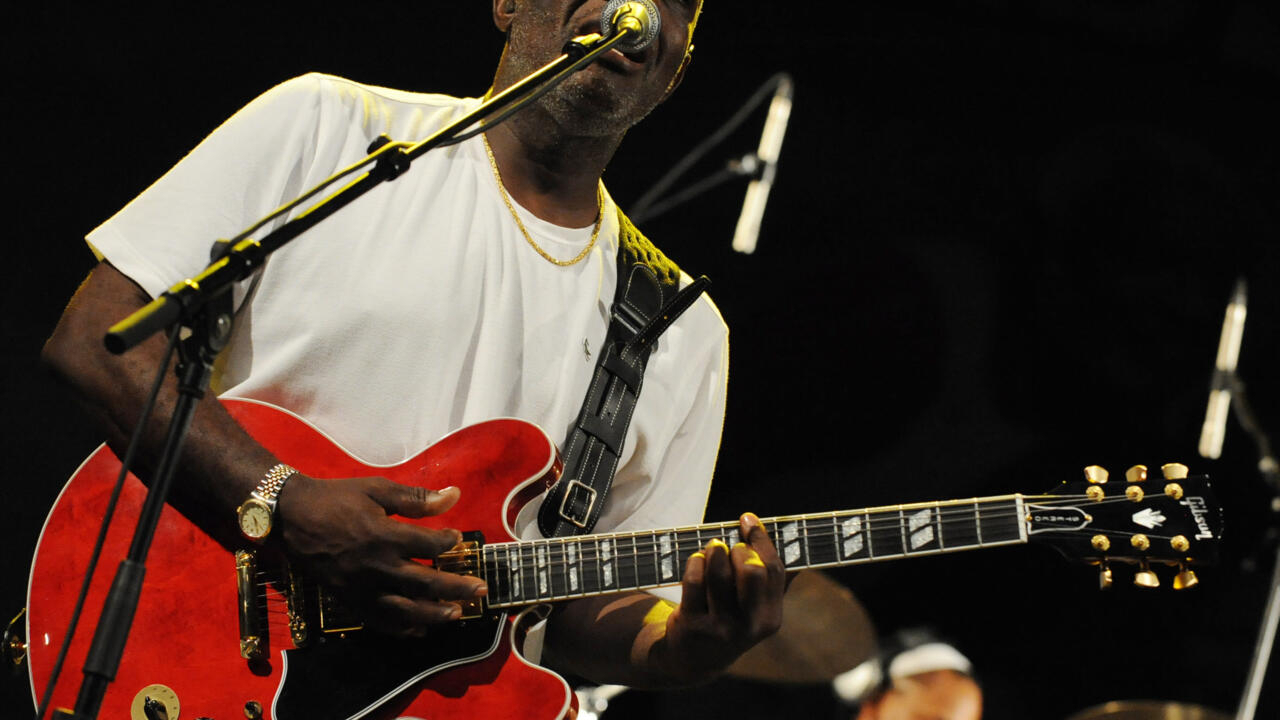 Guadeloupe guitarist Jacob Desvarieux, who died Friday in Pointe-à-Pitre as a result of Covid-19, was one of the founders of the group Kassav ', a monument in the West Indies which enjoyed enormous success in the 80s by mixing local music to create a style, the zouk.

Aged 65, he was hospitalized on July 12 after being infected with the coronavirus.

In fragile health since a kidney transplant, he had been placed in an artificial coma, had recently indicated the production of the group Kassav 'which had canceled all the concerts planned.

"The West Indies, Africa and music have just lost one of its greatest Ambassadors. Jacob thanks to your art, you have brought the West Indies closer to Africa. Dakar where you lived is crying. Goodbye friend Senegalese singer Youssou Ndour tweeted Friday evening.

"Initially, it was a laboratory: we were looking to find a soundtrack which synthesizes all the traditions and previous sounds, but which is exportable everywhere", had told the musician to the newspaper Liberation in 2016.

A cocktail that will give birth to festive and dancing hits sung in Creole, such as "Zouk la sé sèl médikaman nou ni" (1984, on an album that Desvarieux co-signs with another founder of Kassav 'but which does not come out under the name of group) or "Syé bwa" (1987).

The creation of Kassav 'in 1979 and its development the following decade are part of two trends of those years.

On the one hand, the rise of the feeling of identity and regionalist movements at the end of the 1970s. In overseas territories, in Corsica or in Brittany, this leads a number of local artists to reappropriate their culture and their language and to modernize music. traditional.

"Through our music, we questioned our origins. What were we doing there, we who were black and spoke French?", Explained to Libé Desvarieux, the soft and veiled voice and the hair whitened by the years.

"Like African Americans in the United States, we were looking for answers to pick up the thread of a story that had been confiscated from us," he added.

On the other hand, Kassav 'explodes at the same time as the "world music", the musics of the world: in the middle of the Eighties, the public thirsts for distant and mixed music.

"Our music had to be + West Indian +, that is to say recognized by the West Indians, unlike what was then happening with world music: it was Anglo-Saxon music with a singer of the Third World, sometimes singing in his language ", however qualified Jacob Desvarieux.

Kassav '(in reference to cassava, a cassava cake) was founded in 1979 by Guadeloupe artists, Pierre-Edouard Decimus (from the group Les Vikings de la Guadeloupe) and Freddy Marshall.

They recruited other musicians, including Desvarieux, born in 1955 in Paris and who, as a guitarist, claimed rock influences, from Chuck Berry to Jimi Hendrix.

The basis of the group's style is gwo ka, Guadeloupe music marked by drums.

He adds other ingredients from all over the Caribbean - Haitian compass, biguine ... - and modern packaging, with bass, brass and keyboards.

Kassav's first album, "Love and Ka dance", was released in 1979. 1980 marks the first appearance in the group of the one who will become its emblem: the Martinican singer Jocelyne Béroard.

Kassav 'reached the peak of his popularity at the end of the 80s. He signed a contract with the multinational for the record CBS, released the album "Vini Pou" in 1987 (platinum record) and received a Victoire de la musique in 1988 .

Praised by the American jazzman Miles Davis, the group goes on to concerts all over the world.

And alongside the many albums of Kassav ', its members release solo records.

Since then, the zouk fashion has fallen, but Kassav 'continued to attract a large audience in concert.

Monument in the West Indies and star in France, the group is also very well known in Africa.

The clip for "Syé Bwa" was shot in Kinshasa (Democratic Republic of the Congo, which was still called Zaire).

"Africa has opened up to us even before France," Jocelyne Béroard told Jeune Afrique magazine in 2019.

"They didn't understand Creole, but they repeated more or less phonetically, or they created their own versions," she smiled.