US Centers for Disease Control: Delta Transformation as Contagious as Chickenpox - “War Has Changed”

The delta variant spreads easily and can be transmitted by vaccinated individuals, according to a new report from the U.S. Centers for Disease Control (CDC). 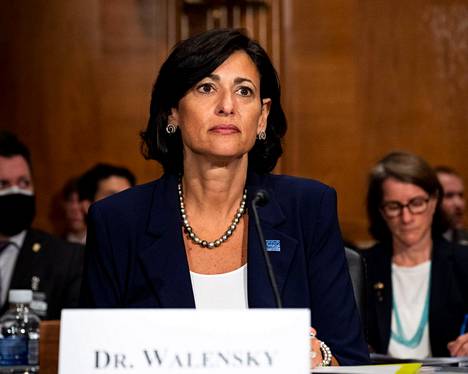 The delta variant spreads like chickenpox, the U.S. Centers for Disease Control, the CDC, has described in its internal report, and it infects people more easily than mers, sars, Ebola, common cold, and smallpox.

However, smallpox has been eradicated from the planet through vaccines.

“It’s important to admit that the war has changed,” the CDC report, which was taken over by the New York Times and the Washington Post, says.

The agency is very concerned about the spread of the delta transformation in the United States.

Action against the spread of the virus is needed immediately, the report says.

Robert Wachter, president of the Department of Medicine at the University of California, told the Washington Post he was very much more concerned after reading the CDC report.

The report has not yet been published.

According to the CDC, ten times more viruses develop in the airways of a person with a delta-modified infection than in the alpha variant, which was previously the prevalent disease strain in Finland as well.

Compared to the virus that was originally prevalent, the person with the disease caused by the delta transformation carries a thousand times the amount of virus in his nose and throat.

Currently, approximately 71,000 new cases of corona are diagnosed daily in the United States.

The country has 335 million inhabitants.

Vaccinated people who are asymptomatic or mildly infected can also spread the delta variant.

CDC director Rochelle P. Walensky said Tuesday that vaccinated but still infected people carry the virus in their noses and throats even as much as unvaccinated people.

On Tuesday, the agency recommended that those who have received full vaccine protection also wear face masks indoors in areas where a lot of infections have been found.

Stricter guidelines may be forthcoming, as the CDC's internal report states that "given the increased infectivity and current vaccine coverage, general mask use is essential."

It is especially recommended that vaccinees wear masks in the vicinity of those at risk, the CDC writes.

Concerns about vaccine-related communications are raised in the CDC report.

It is important that people understand that the vaccine protects against infection and in any case plays a key role in protecting against the virus.

Vaccine resistance has been a major concern in the United States, with Anthony Fauci, director of the U.S. Institute of Allergy and Infectious Diseases, President Joe Biden, and Rochelle P. Walensky, director of the CDC, among others, talking about the “unvaccinated pandemic”.