Vaccination will be mandatory for all US federal employees. The American president announced it this Thursday, July 29. If we stick to civilian personnel, 2.1 million people are ... 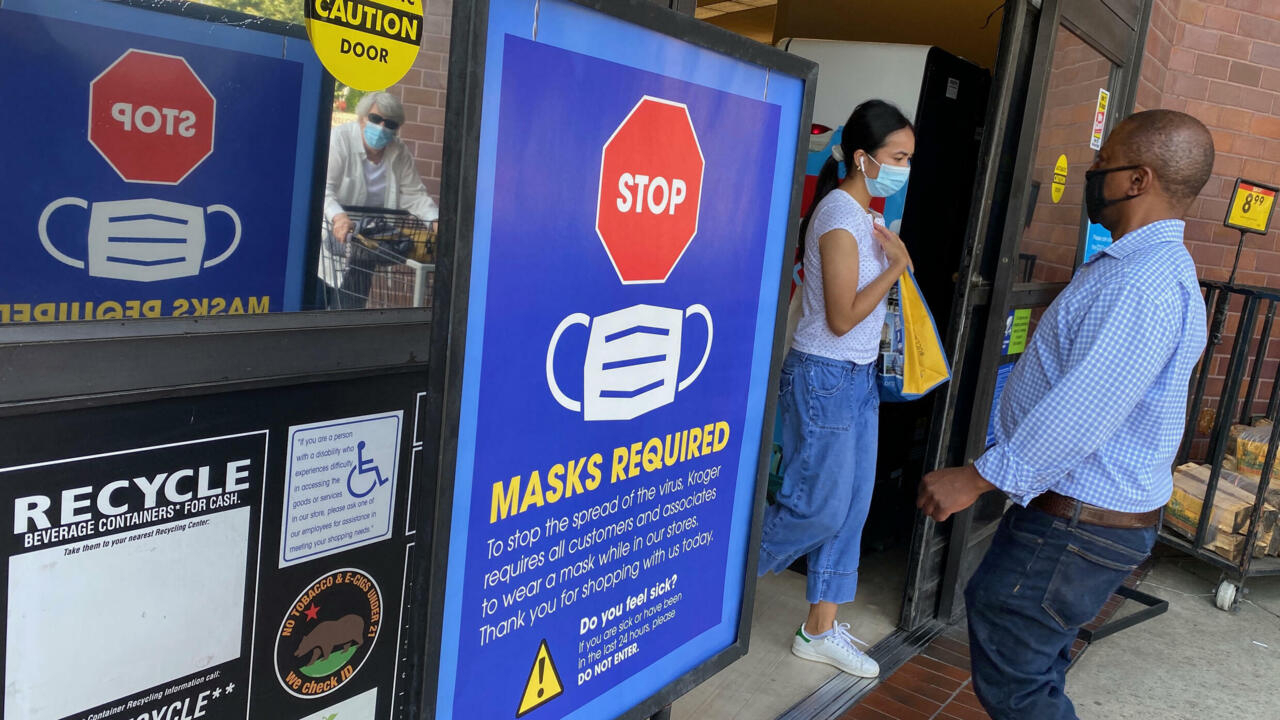 Faced with the new wave of Covid-19 due to the Delta variant, vaccinated Americans are called upon to put on the mask.

Vaccination will be mandatory for all US federal employees.

The American president announced it this Thursday, July 29.

If we look at civilian personnel, 2.1 million people are potentially affected.

A decision taken to deal with the growing number of infections in the United States.

At the beginning of the week, the health authorities had also toughened their tone in the face of the resumption of the pandemic.

From our correspondent in Washington,

The Center for Disease Prevention (CDC) now recommends wearing a mask indoors, including when vaccinated.

But last May, the same institution announced that immunized people could now dispense with this accessory.

But cases of transmission of the virus by vaccinated people have been discovered and this worries the authorities.

The number of infections is on the rise in 90% of the United States, especially in rural and Republican areas where the vaccination rate is the lowest.

Neither the data on the severity of the disease, nor the lotteries or other gifts offered to entice people to be vaccinated were enough to convince the reluctant to go for their dose of serum.

You have to put your mask back on to protect them.

Even before Joe Biden's announcement, more and more states, cities or private companies decided to impose the vaccine on their employees.

The 300,000 employees of New York City will, for example, have to present proof of their vaccination or regular negative tests from the start of September.

The nursing staff will be forced to have received the serum to work.

This is what Bill de Blasio, the mayor of the city, announced on Friday.

The same measure has been taken in California: Governor Gavin Newsom has announced that he will require all state employees to have a vaccination certificate or weekly negative tests, starting on August 2.

The same initiatives are spreading on the side of private companies: the big American bank Morgan Stanley, the digital giants Facebook and Google, joined by Uber, in particular impose vaccination on their employees.

Other companies use the carrot rather than the stick and offer bonuses to their vaccinated employees.

To read also: Covid-19: New York and California push for the vaccination of their officials

New York or California are democratic states. Some republican states denounce this type of measure, or even take the opposite view. If elected Republicans have tried to call their voters to responsibility and have publicly defended the vaccine, to the right of the party, hostility to any constraint on the health plan outweighs caution.

Some republican states even enter into resistance.

Montana passed a law that outlaws "

Alabama bans schools and universities from asking their students to be vaccinated.

The vaccine issue is highly politicized: in the face of the pandemic, America remains more divided than ever.

To read also: In the United States, the partisan divide in the vaccination against Covid is maintained

In the United States, the partisan divide in the vaccination against Covid continues