Today Andreas Danman was buried - honored with a big ceremony

Policeman Andreas Danman, who was murdered in Biskopsgården in June, was buried today in Gothenburg. Family and relatives are present at the church - 125 places are filled. At the Swedish Exhibition Center, there will be a large ceremony for the police and military, where the funeral will also be livestreamed. - It is an opportunity for colleagues to say goodbye, says police Christian Nyhlén who coordinates the ceremony. 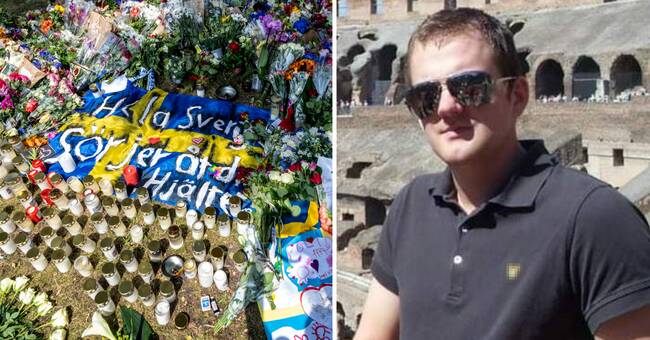 Police officer Andreas Danman was shot dead while on duty in Biskopsgården on the evening of 30 June.

His death has affected many across the country and various ceremonies to honor his life have taken place in several places, including in the form of a procession in Helsingborg and a common minute of silence for rescue personnel throughout Sweden.

Colleagues are included via the link

Now he is buried in a church in central Gothenburg with the closest circle present.

Via a link, the police, military and rescue services can follow the funeral together at the Swedish Exhibition Center and say goodbye to their colleague.

- There, colleagues from the police and the Armed Forces will also have the opportunity to say goodbye, says Christian Nyhlén, Kungälv's police area chief and the person who will coordinate the ceremony.

Previously worked for the Armed Forces

Andreas Danman had worked as a policeman for a couple of years and has previously worked for the Armed Forces and, among other things, was stationed in Mali.

A 17-year-old boy is in custody for the murder of Andreas.