Seïf al-Islam Gaddafi, son of the former Libyan dictator Muammar Gaddafi, wants to "restore the lost unity" of Libya after a decade of chaos and evokes a presidential candidacy, in a… 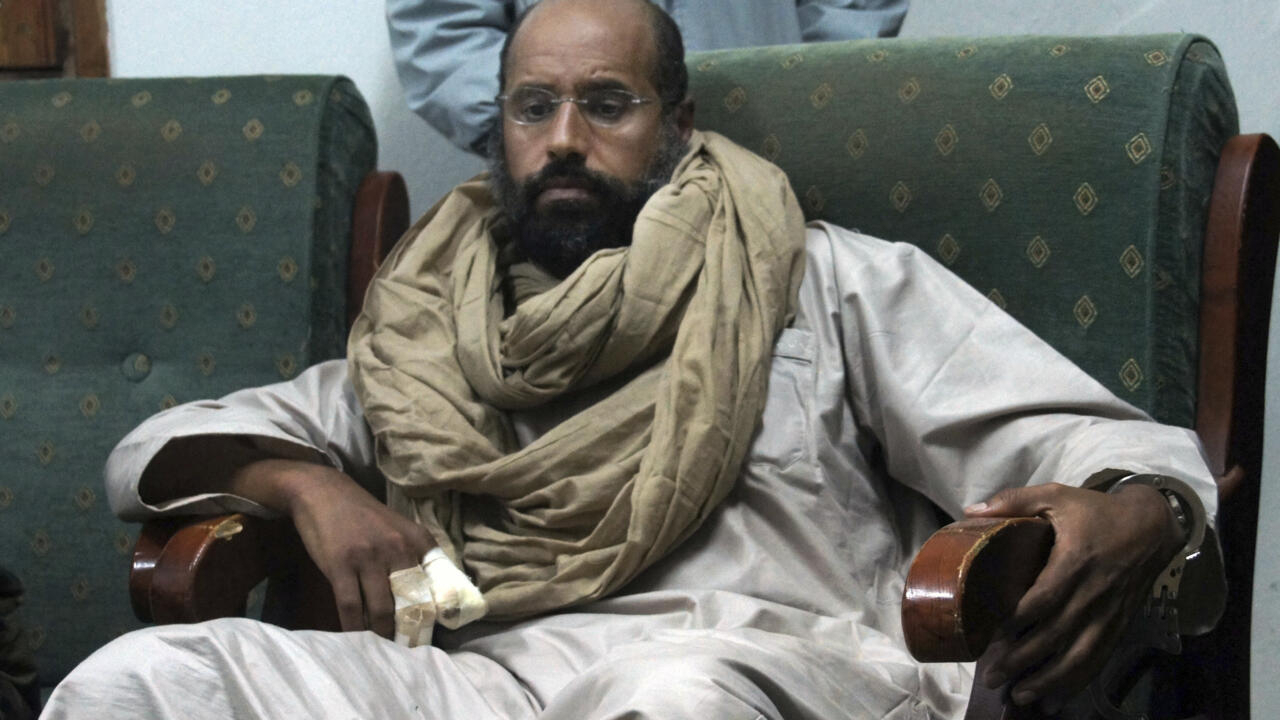 Libyan politicians have "brought nothing but misery", according to Seif al-Islam Gaddafi, son of the former Libyan dictator Muammar Gaddafi, who mentions a candidacy for the presidential election in a rare interview with the New York Times, published Friday July 30.

"The time has come to return to the past. The country is on its knees (...), there is no money, no security. There is no life here," said Seïf al -Islam, 49, reappeared for the first time in years.

In 2011, after four decades of unchallenged power, Muammar Gaddafi and his relatives fell victim to a popular uprising, eliminated, imprisoned or forced into exile.

Three of Gaddafi's sons had been killed, but the fate of the fourth, Seif al-Islam, who was long seen as his father's successor, has remained a mystery.

Captured in November 2011 by an armed group in Zenten, in north-western Libya, he was sentenced to death in 2015 after a speedy trial.

The group detaining him had nevertheless refused to deliver him to the authorities or to the International Criminal Court (ICC), which is looking for him for "crimes against humanity", but released him in 2017. Since then, his trace has evaporated .

Preparation of a political return

In his first meeting with a foreign journalist in a decade, Seif al-Islam affirms that he is now a "free man" and that he is organizing a political comeback, without indicating precisely how.

"Disenchanted by the revolution", the rebels who captured him "finally realized that he could be a powerful ally", he explains in this long interview with the magazine edition of the New York Times.

The interview, carried out in May, was published only on Sunday.

It took place in a "sumptuous two-storey villa" inside a closed complex in Zenten.

The New York Times also broadcast photos of Seif al-Islam taken during the interview, wearing a black qamis embroidered with gold patterns, a graying beard and a black turban on his head.

After a decade of struggle for power against a backdrop of foreign interference, Libya adopted a provisional government in March to unify the institutions by a double legislative and presidential ballot scheduled for December.

A possible candidacy of Seïf al-Islam would face a major problem: his conviction by a Libyan court and the arrest warrant of the ICC.

He is "convinced that these legal questions could be negotiated if a majority of the Libyan people chose him as their leader," writes the New York Times, which concludes: "Seif seems to believe that he alone can represent the state for all Libyans."

"I have been removed from the Libyan people for ten years. You have to come back slowly. Like a striptease. You have to play with their minds a bit," said Gaddafi's son in the interview.

Asked whether it had made him weird to seek refuge in Libyan homes when he was on the run in 2011, he is as enigmatic as some of the opinions expressed by his late father in the "Green Book".

"We are like fish, and the Libyan people are like a sea for us," replied Seif al-Islam.

"Without him, we die. This is where we get support. We hide here. We fight here. The Libyan people are our ocean."