Finnish expert was surprised by the US report on the spread of the delta variant: "That is surprising information"

According to Chief Physician Markku Broas, it sounds special that vaccinated and non-vaccinated patients would spread the virus equally. 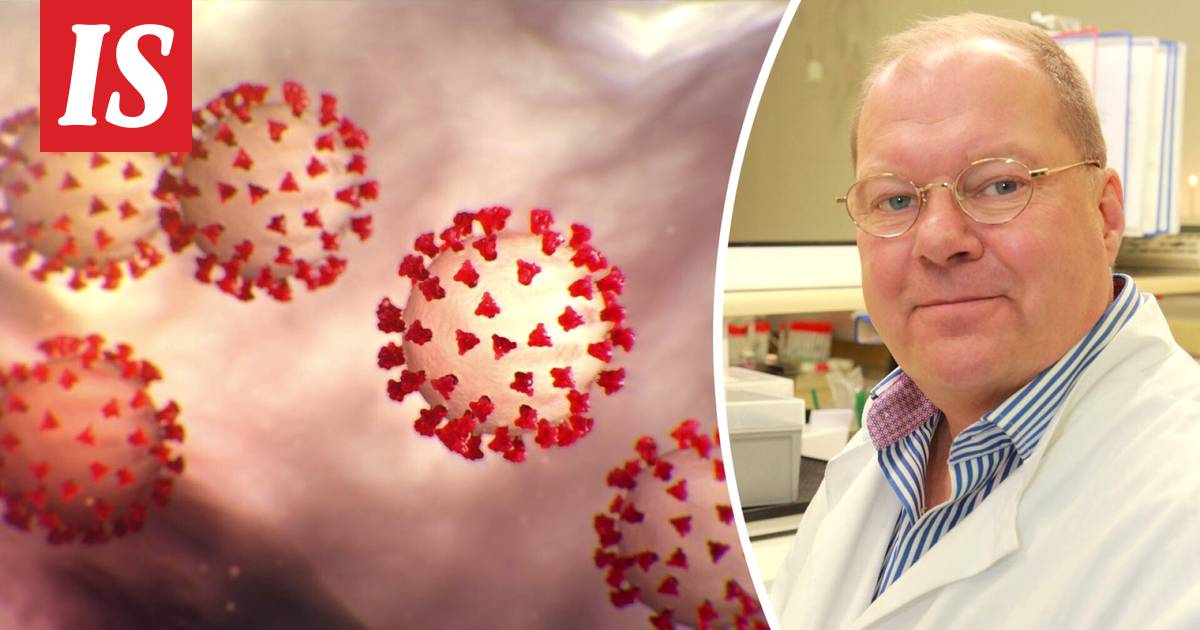 U.S. media reported on Friday a report from the Centers for Disease Control CDC containing new information on the delta transformation.

The as-yet-unpublished report, cited by the New York Times and the Washington Post, examines, among other things, studies that show that vaccinated individuals spread the delta virus even as effectively as non-vaccinated ones.

US Centers for Disease Control: Delta Transformation as Contagious as Chickenpox - “War Has Changed”

Studies show that vaccinated infected people may carry as much virus in their nose and throat as non-vaccinated sufferers.

Markku Broas, chief physician of infectious diseases in the Lapland Hospital District, is critical of the claim that vaccinated and non-vaccinated people would spread the delta variant just as easily.

- It is usually the case that the vaccine reduces the replication of the virus.

A person can get sick, but in theory he should not spread the disease as much as an unvaccinated person.

Sure, he can cause infections.

The exact details of the report have not been published, and Broas speculates that there may also be a misinterpretation.

- The logical way of thinking is that if you have received two vaccines but still get infected, the person has an immunology that suppresses the replication of the virus, and then the so-called

the viral load would be lower.

At the heart of the report is the observation that the delta transformation is more easily transmitted from person to person than mers, sars, Ebola, common cold and smallpox and as well as chickenpox.

- That information is surprising.

Here we are talking about the R0 number, i.e. how effective the disease is in spreading.

In the case of the corona so-called.

wild-type virus, it was thought that a patient could infect two people.

Thus, one person who has received a delta variant can infect 5 to 6 people, which is up to three times more than the wild-type virus.

The delta variant of the virus is known to be most susceptible to infection.

According to Broas, there are individual differences.

- Some may be very virus-producing and some less, but from a scientific point of view, the vaccine should reduce the amount of virus.

However, previous estimates of the protective efficacy of vaccines still seem to be valid.

- It is known that the two vaccines do not fully protect against infection.

It is estimated that one vaccine would provide 35% and two vaccines 85% protection.

The symptoms of vaccinated people are similar to those of unvaccinated but milder, Broas says.

- We are all individuals, and the younger one can do better with one vaccine than the older one, who has worse immunity anyway.

The protective effect depends on age, background and underlying diseases.

On Tuesday, the agency recommended that those who have received full vaccine protection also wear face masks indoors in areas where a lot of infections have been found.

The report states that “given the higher infectivity and current vaccine coverage, general mask use is essential”.

According to Broas, vaccination and testing are still key in Finland.

Although the delta variant appears to cause milder symptoms than the wild virus, the situation is worrying.

- The virus is spreading fast, and we may still have cases that need to be hospitalized.

Of course, there will be fewer of them than before.

But even young people can be exposed to power.

- I also have to think about the meaning of long covid.

It is estimated that at least 10% of those affected get it.

It brings its own problems if a person develops a disability-consuming syndrome.

Several mass events in the coming weeks pose their own risk.

- If you are going to a big event, it would be good to take the test before you do not accidentally go to infect others there, he says.