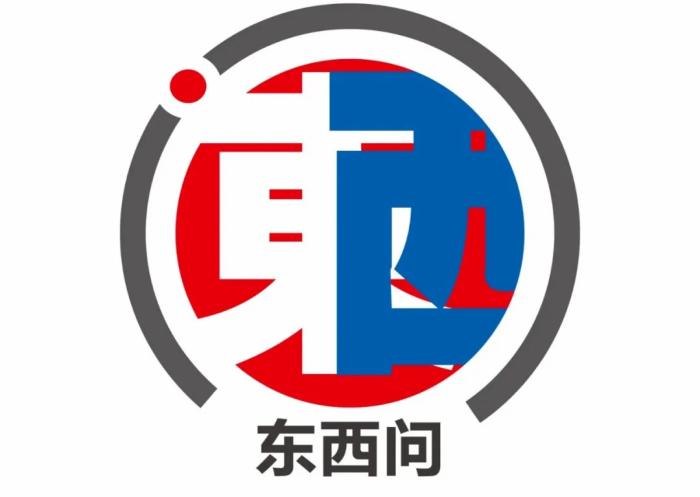 "In the United Kingdom and the United States, many people like Chinese food. But what they welcome most is not the best food in China, nor the most representative food in China. From this perspective, the true Chinese food culture is underestimated overseas. Fuchsia Dunlop, the author of "Shark's Fin and Chinese Pepper" and a British female writer, said in an exclusive interview with China News Service, "Ask East and West" recently, that in traditional Chinese culture, the appreciation of food is respected by people. , It can even be compared with the ability to appreciate music, painting, and poetry.

Today, different Chinese dishes are vivid reflections of the geography, history, and culture of different regions in China.

If Westerners want to explore Chinese culture, food will be a very interesting "window".

China News Agency reporter: Why do you write about Chinese food culture?

I came to Sichuan for school 20 years ago, Sichuan cuisine fever had swept China, but most foreigners knew very little about it.

In 2020, "Sichuan Cookbook" was translated into Chinese and published in China. At this time, it has been nearly 20 years since the book was first published in the UK.

Over the past 20 years, most Westerners’ understanding of Chinese food culture has undergone tremendous changes. Mapo tofu has become one of the must-order dishes for international diners, and Sichuan has also become an important food destination for Westerners.

On the streets of London, diners can eat Cantonese, Sichuan, Hunan, Northeastern, Huaiyang, and even authentic Xi'an snacks.

One of the reasons for this change is that more and more Chinese travel to the West to travel, study, and work. At the same time, a large number of Westerners come to China or meet friends from China.

This has created a demand for authentic traditional Chinese food in the British and American markets, and Chinese restaurants that already exist overseas have an incentive to try more Chinese dishes.

Another important reason is that the information on Chinese food culture that can be found in the West is much richer than in the past.

Many Chinese, such as Li Ziqi and Wang Gang, post cooking videos on the Internet, making it easy for many Western netizens to access authentic Chinese food.

Data map: A Chinese restaurant in London is full of seats.

China News Agency reporter: What are some common misunderstandings about Chinese food in the West?

What misunderstandings do Chinese people have about Western food culture?

How to treat these prejudices?

Fuxia Dunlop: When it comes

to Chinese food, many Westerners think of "greasy" or "not healthy" because most of the Chinese food they come into contact with is restaurant dishes, not Chinese home-cooked dishes.

In Chinese homes, the staple food is mostly a bowl of steamed rice or noodles, accompanied by a large amount of simple cooking seasonal vegetables, various soy products, very few preserved fruits, and a little bit of fish that can add flavor and provide nutrition.

This kind of diet pays attention to the combination of meat and vegetables, is rich in categories, is seasonal, and has balanced nutrition. It greatly satisfies the eyes, nose, mouth and belly. It is the best way of life in my heart.

Although oil is the core of the heat and fragrance of Chinese food, not every oil in a dish needs to be eaten.

If Westerners use chopsticks to pick up dishes according to Chinese etiquette, most of the oil will be left on the dish.

In addition, most Westerners have difficulty understanding the "taste" in Chinese food culture.

I once gave each audience a duck tongue that I cooked before a lecture.

The traditional Western dietary concept believes that it is meaningless to eat duck tongue and chicken feet, but the Chinese have tasted "troublesome little things".

I asked them to throw away their original ideas and feel the oriental "taste" with heart.

Chinese food is open and inclusive in the selection of ingredients, shining with philosophical brilliance.

A truly highly skilled chef will not simply categorize ingredients by "can eat" and "cannot eat", but use cooking techniques to highlight strengths and conceal weaknesses.

Sichuan chefs even made the chewy palate in the pig's mouth into a spicy snack, called "heaven".

In China, some Chinese friends will express to me their views on "Western food", and most of them have common misunderstandings about Western food culture.

Western food culture includes the food of different countries, it is difficult to use a certain kind of food or a certain country's food to represent "Western food."

The root cause of these prejudices is not understanding.

Although in recent years, with the deepening of exchanges between the East and the West, such misunderstandings have decreased, but it will take time to completely eliminate them.

In fact, every country’s food culture has its own uniqueness, which needs to be experienced with heart.

The picture shows the representative works of Sichuan cuisine.

China News Agency reporter: Sichuan cuisine is exactly the product of cultural exchanges between the East and the West. If peppers were not introduced to China in the late Ming Dynasty, there would be no spicy and fragrant Sichuan dishes such as mapo tofu and boiled beef, let alone a "one dish". One style, a hundred dishes and a hundred flavours of Sichuan cuisine.

What do you think of the food culture of "all have their own beauty and share the same beauty" produced in the exchange and collision between the East and the West?

As early as the 4th century AD, Sichuanese had a preference for spicy flavors. The Chinese historian Chang Qu made a famous summary in "The History of Huayang · Shu Zhi"-"The taste is good, the flavor is so spicy." ".

Note, however, that the spiciness here does not come from chili, but ginger, pepper and cornel.

It was not until the end of the Ming Dynasty in the late 16th century that peppers began to enter China.

Because of its lovely white flowers and bright red and beautiful fruits, peppers were regarded as ornamental plants in China at first, and it was only a century later that the record of peppers being used in vegetables appeared.

According to Jiang Yuxiang, a professor at Sichuan University, although there is a vague material mentioning the history of pepper cultivation in Sichuan in the middle of the 18th century, it was not until the Jiaqing period of the Qing Dynasty that pepper became a common crop in the area.

Western food culture has also been influenced by the far east.

In the 1980s, a well-known Chinese American introduced Chinese cuisine to the United Kingdom during a TV show.

Many British families now have a Chinese-style wok, and many British people have also mastered the cooking method of "stir-frying".

They cut vegetables and meat into shreds and fry them in a wok. We call them "Stir and fry". Of course, this kind of stir-fry is much simpler than Chinese stir-fry.

In fact, no matter East or West, all existing food cultures are constantly evolving, being affected by new influences and producing new collisions.

Certain dishes that I ate and loved in Chengdu in the mid-1990s have almost disappeared today.

When I returned to Chengdu in 2019, I found that new ingredients such as salmon and ice grass have taken a place on the local menu.

China News Agency reporter: Is it Chinese food or "Western Chinese food" that has taken the world by storm?

Can I understand Chinese culture through food?

Many people in the United Kingdom and the United States like Chinese food.

However, what is most popular with them is not the best food or the most representative food in China. From this perspective, the true Chinese food culture is underestimated overseas.

But these dishes that have taken the world by storm also belong to Chinese food culture.

Because Chinese food has a rich variety of categories, there is often a story behind every Chinese dish. For example, Dongpo Meat has the legendary story of Song Dynasty writer Su Dongpo and pork. He once ridiculed this in "Ode to Pork". Ordinary meat people.

This story is not only interesting, it is also a story of Chinese people and Chinese cuisine, so "Zuo Zongtang Chicken" is certainly regarded as Chinese food, but it is just another kind of Chinese food.

It is an eternal characteristic of Chinese culture that it is not tired of eating the essence and not tired of being careful.

Early Chinese philosophers and poets would use food as a metaphor for many things. Lao Tzu said, "To govern a big country is to cook small fresh food"; Confucius expressed people's behavior through food and paid special attention to different meats with suitable dipping sauce; the poet Qu Yuan also By describing delicious food, I hope to recall the ghost of the dead.

In traditional Chinese culture, the appreciation of food is respected, and it can even be compared with the ability to appreciate music, painting, and poetry. Today, different Chinese dishes are vivid reflections of the geography, history, and culture of different regions in China. If Westerners want to explore Chinese culture, food will be a very interesting "window". (Finish)