"There were no appeals on this score": the Kremlin spoke about the possibility of deploying the Russian Armed Forces in Belarus

Moscow has not received any requests from Minsk regarding the possibility of deploying a Russian military contingent in Belarus, Dmitry Peskov said. According to President of Belarus Alexander Lukashenko, the RF Armed Forces can be deployed in the republic if the security of the Union State is threatened, but so far there is no such need, and the issue of placing Russian military bases in Belarus at the level of the leaders of the two countries has never been discussed. 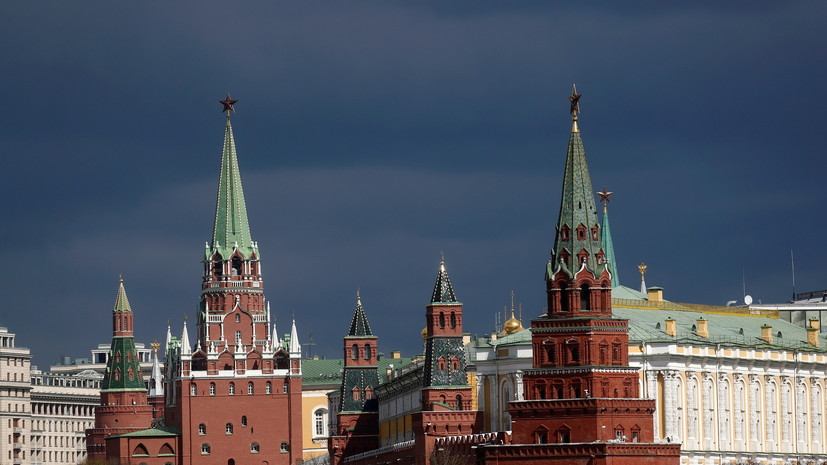 Minsk did not appeal to Moscow about the possibility of deploying the Armed Forces of the Russian Federation in Belarus.

“There have been no requests to this effect from Belarus.

There have been no appeals from Belarus in this regard, ”Peskov said.

Earlier, President of Belarus Alexander Lukashenko, during a meeting with the activists of the local vertical, said that Russian servicemen could be deployed in the republic in the event of a threat to the security of the Union State, but so far there is no such need.

“Now there is no need for this, we have a fairly strong, cohesive, compact Armed Forces.

Apart from the “territorials,” we can put 500 thousand people under arms at the right moment in a short period of time, and this is already power.

If there is not enough, all the Armed Forces of the Russian Federation will be brought in here.

This will never happen.

But if necessary, we will not hesitate, ”said Lukashenka, quoted by the BelTA news agency.

He also pointed out that the issue of placing Russian military bases in the republic had never been discussed at the level of the presidents of the Russian Federation and Belarus.

The head of state recalled that in August 2020, “in an acute period” after the presidential elections, when “someone hesitated, someone betrayed, someone climbed under the plinth, someone was seething in their brains,” Minsk coped with “ with this misfortune "himself.

Recall that in August 2020, presidential elections were held in Belarus.

According to the Central Election Commission of the republic, the incumbent head of state Alexander Lukashenko was supported by 80.1%, while his main rival Svetlana Tikhanovskaya received the support of 10.12% of voters.

After the results were announced, the Belarusian opposition refused to recognize them, accusing official Minsk of falsifying the voting results, and Tikhanovskaya declared herself the winner.

Mass protests began in the country, which often escalated into riots and clashes with the police.

Also on russian.rt.com "We are simply obliged to develop cooperation": Foreign Minister of Belarus - on relations with Russia and the impact of Western sanctions

In turn, the chairman of the State Security Committee of Belarus Ivan Tertel said that "in the political-forming circles of the West" various options for a change of power in the republic, including the use of military force, are being discussed.

According to him, now Minsk is forced to repel the hybrid aggression emanating from Western countries.

"The State Security Committee, assessing the state of the domestic political and international situation around our country, states that despite the external calm, the absence of attempts to organize mass riots since April of this year, we are now actually in the stage of repelling the hybrid aggression of the collective West," his words BELTA.

This position was supported by the head of the presidential administration of Belarus Igor Sergeenko.

He stated that attempts to break the state system and shake the Belarusian society do not stop.

“There is an undeclared, but no less dangerous, virtually open hybrid war going on against Belarus.

Streams of disinformation, outright lies on the Internet are still raining down on us, they are trying to shatter from within through the imposition of false values ​​and attitudes, prompting us to betray our country, ”Sergeenko said.

"Whom does Ms. Tikhanovskaya represent?"

In addition to commenting on the possibility of deploying the Armed Forces of the Russian Federation in Belarus, the Kremlin assessed the meeting of the former presidential candidate Svetlana Tikhanovskaya and the head of the White House Joe Biden, which took place in Washington on July 28.

According to Dmitry Peskov, such meetings do not affect the situation in Belarus.

The question also arises, "who does Ms. Tikhanovskaya represent?"

“Who the President of the United States meets with is his sovereign right.

Here we cannot, and we are not going to, and we have no opportunity to interfere in any way.

This is not our business, ”the Kremlin spokesman said.

As Svetlana Tikhanovskaya said in her Telegram channel, at a meeting with the US President, she called on him to help make Belarus an example of a "non-violent transition to democracy."

According to Dmitry Polyansky, First Deputy Permanent Representative of Russia to the UN, Tikhanovskaya's statements contain a clear call for a change of power in Belarus.

“Speaking about the support of the American government, she said that if a country decides to take advantage of the weakness of the regime, the United States will be on our side (on the side of the Belarusian opposition. -

At the same time, Alexander Lukashenko suggested what actions Washington will now take within the framework of pressure on Minsk.

“Whom have they done worse?

The political support of the "fugitives", as we see, did not lead to anything and was reduced to their endless tours in the spirit of "Biden will help us."

They say he treated us to cookies? ... Obviously, the next step (from the US -

) will be direct or indirect pressure on our eastern allies and partners, representatives of the world community and business, "the President of Belarus stated.