The risk of bath ulcer fever increases with heat

Warm temperatures in the water are not only nice to swim in, it can also increase the risk of bathing fever. Microbiologist Caroline Schönning explains why you should be careful about bathing when you have a larger or difficult-to-heal wound. 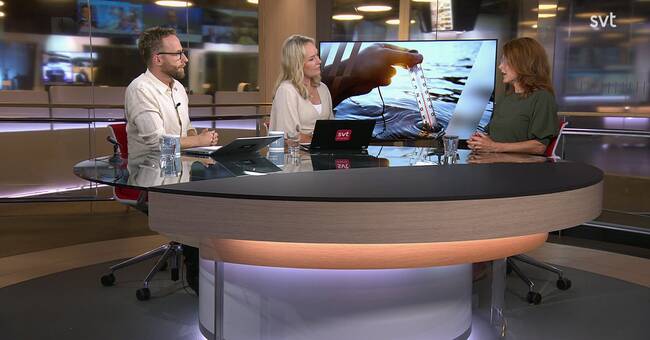 Bath ulcer fever is caused by certain types of vibrio bacteria that can be found in brackish and salt water.

- It can lead to severe wound infection and in the worst case to sepsis, blood poisoning, says Caroline Schönning, microbiologist at the Swedish Public Health Agency.

So far this year, more cases have been reported than in the whole of last year, mainly along the coasts.

The bacteria benefit from warm temperatures above 20 degrees and can then occur in higher concentrations.

- If you bathe with wounds, they can get into the wound and get a foothold there, and if you are unlucky, it can spread to the bloodstream.

Symptoms usually occur a few days after the bath, fever and that the wound may begin to hurt.

- If you feel generally affected, it may be worth keeping in mind, says Caroline Schönning.

The greatest risk of being affected is the elderly and immunocompromised.

Caroline Schönning believes, however, that it is a very unusual disease.

- So far, 18 cases have been reported in July and it is not so much considering how many people bathe, she says.

See more in the clip above about how bath wound fever is treated.