The parallel and joyful universe of tech giants - France 24

The parallel and joyful universe of tech giants San Francisco (AFP) "Tech has won today, and this week, and all year," summarizes analyst Daniel Newman of Futurum Research, after a week of quarterly results again amazing for Google, Apple, Facebook, Amazon and Microsoft, the famous Gafam. Back on four days of billions of dollars in profits, despite the threats that accumulate on the horizon of the waterproof Silicon Valley. Deconfined and un 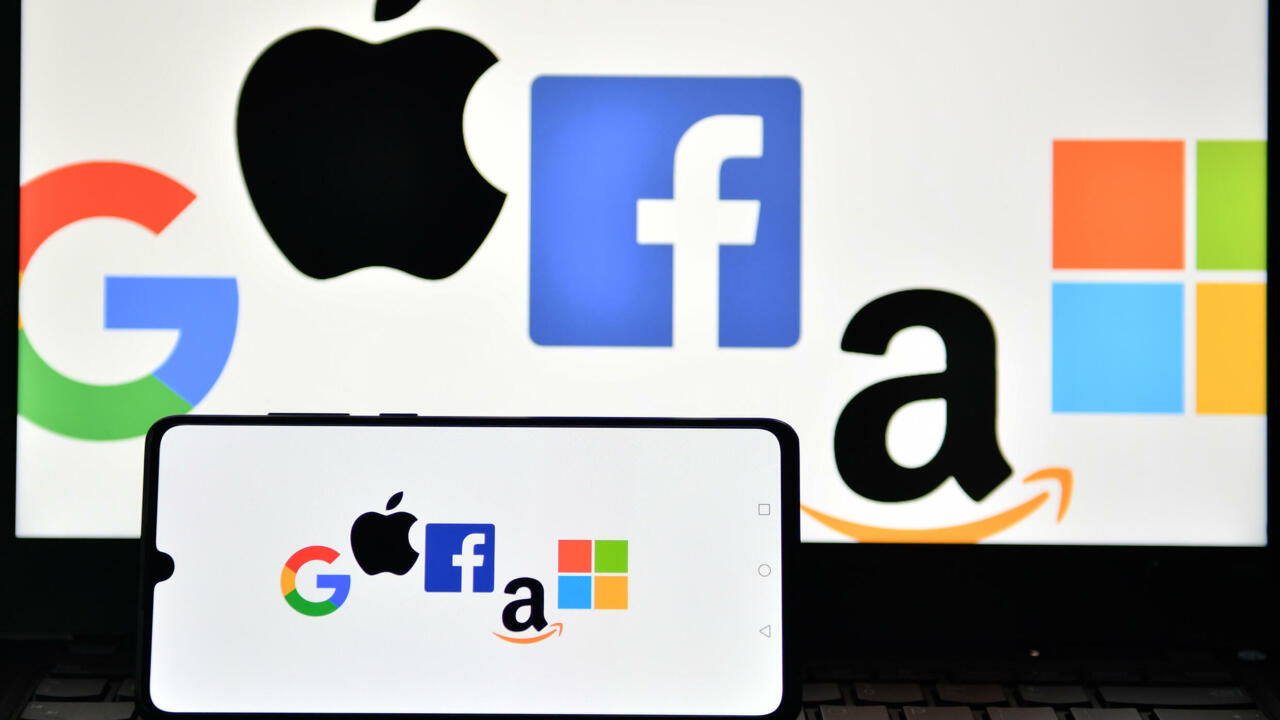 "Tech has won today, and this week, and all year," summarizes analyst Daniel Newman of Futurum Research, after a week of quarterly results again amazing for Google, Apple, Facebook, Amazon and Microsoft, the famous Gafam.

Back on four days of billions of dollars in profits, despite the threats that accumulate on the horizon of the waterproof Silicon Valley.

Successive lockdowns have largely benefited the tech giants, but the gradual lifting of restrictions also.

The group has gained 150 million paying subscribers to at least one of its services (like Apple Music or cloud storage) and now has 700 million.

The adoption of Amazon by households has again translated into profits: 7.8 billion dollars, 48% more than a year ago, thanks in particular to the success of its annual promotional campaign "Prime Day" .

Facebook and Google, which hold more than half of the digital advertising pie, are not left out.

Alphabet, the parent company of the search engine, tripled its net profit to $ 18.5 billion from a year ago when travel was sluggish.

They took over and, with them, the spending of advertisers: Google raked in nearly $ 62 billion in revenue, thanks to the appetite of brands in distribution, tourism and entertainment.

Same recipe for Facebook, well on course to collect more than 100 billion in advertising revenue this year for the first time, according to eMarketer.

Its profits have doubled to over $ 10 billion.

Only downside: changes in the rules of confidentiality on the iPhone threaten its economic model, based on ultra personalized advertising, on a large scale.

The platform therefore forecasts a "modest slowdown" in its growth in the second half of the year.

With the pandemic and the advent of 5G, remote computing has become a habit.

Amazon and Microsoft, the two leaders in the cloud, therefore continue to invest heavily in the storage and processing of data by artificial intelligence.

From April to June, Microsoft reported net income of $ 16.5 billion, up 47% year on year, to revenue of $ 46 billion, largely due to this activity.

The company is right behind Amazon, whose cloud division grossed $ 14.8 billion.

Google comes third in this market, just ahead of Chinese Alibaba.

"The transition to the cloud and the dynamics of telecommuting or hybrid working are expected to be lasting, despite the murmurs about returning to the office," noted Dan Ives of Wedbush Securities.

According to the analyst, only 40% of the workload of businesses and organizations is in the cloud at this point.

The super high demand for electronic devices has resulted in a shortage of microchips that has affected many industries for months.

In the longer term, the Gafams are subject to numerous investigations and prosecutions by the American and European authorities, determined to do battle against these colossi more powerful than states, regularly accused of abuse of a dominant position.

The G20 finance ministers also approved in mid-July a tax reform project deemed "revolutionary", which notably plans to introduce a world tax of at least 15% on the profits of the largest international firms.

... which do not prevent dreaming

These political pressures did not prevent Amazon from buying the near-century Hollywood studio Metro-Goldwyn-Mayer at the end of May for 8.45 billion dollars, and thus strengthening its empire on the entertainment side.

Jeff Bezos, the founder of the Seattle group and the richest man in the world according to Forbes, fulfilled his dream of going to space aboard the first manned flight of his company Blue Origin.

Apple is working on the autonomous car, while Alphabet has welcomed the progress of the fleet of robot-taxis of its subsidiary Waymo.

As for Mark Zuckerberg, he announced soon a pair of augmented reality glasses, one of the elements necessary for the construction of his beloved "metaverse".

The boss of Facebook is inexhaustible in this virtual universe where users will move between physical and digital places thanks to screens, virtual reality headsets and connected glasses.

"It is the successor to the mobile internet, a materialized internet," he said on Wednesday.