JO-2020: American gymnast Simone Biles lost in space Tokyo (AFP) In addition to her psychological torments, superstar Simone Biles invoked what gymnasts call "loss of figure" to explain her withdrawal in the middle of the team competition of the Olympics-2020, a loss of landmarks in space that can be reinforced or caused by stress and above all endanger an athlete. On Tuesday night, when Simone Biles decided to everyone's amazement to stop the all 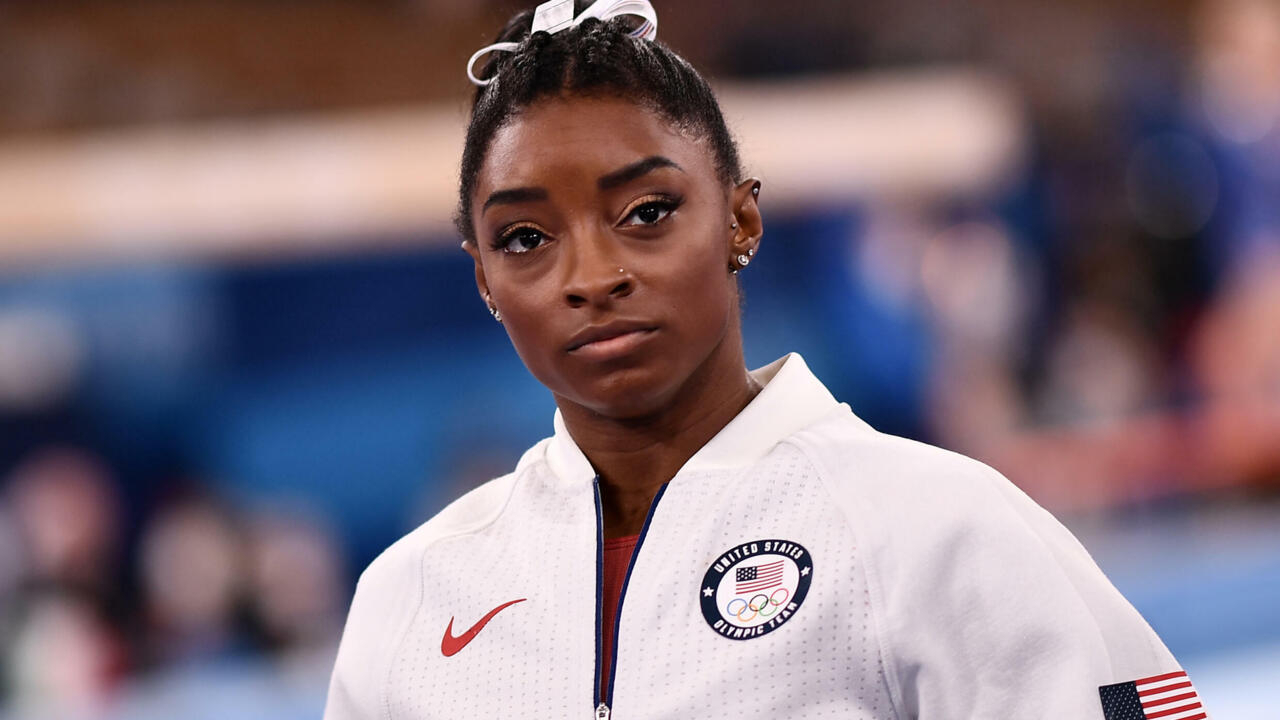 In addition to her psychological torments, superstar Simone Biles invoked what gymnasts call "loss of figure" to explain her withdrawal in the middle of the team competition of the Olympics-2020, a loss of landmarks in space that can be reinforced or caused by stress and above all endanger an athlete.

On Tuesday night, when Simone Biles decided to everyone's amazement to stop the all-around team after just one jump, she explained that she "didn't want to risk getting hurt or doing something stupid by participating in this competition ".

Referring to her mental health, she mentioned in passing about "twisties" (literally twists), a phenomenon known in the world of the gym and the trampoline, which can also affect golfers.

Suddenly, the athlete loses control, his body no longer responds and his bearings disappear, a kind of disconnection leading to disorientation.

When the United States team, led by its star, made its entry into the Ariake gymnastics on Tuesday evening, we are far from thinking that the quadruple Olympic champion is in pain, she begins with the jump.

Before Biles sets off, everyone has just one question in mind: will she perform her new stunt, a double back pike somersault that she tested in training?

If she does it at the Olympics, it would be a fifth figure named after her and she would mark the history of gymnastics even more.

But no, instead she engages in a so-called "Amanar" jump, a very difficult jump with two and a half twists, except that one twist disappears in the process.

"I did not understand what happened, I did not know where I was in the air, I could have injured myself", she described during her press conference.

Her teammates interrupt her: "we had a small heart attack when we saw what was happening!"

The infallible Simone Biles, gifted in the gym, who climbs to a vertiginous height on the ground thanks to an exceptional relaxation, is more the type to add a twist than to remove one.

"In a career, all gymnasts have loss of figure," Yann Cucherat, former director of the men's high level, told AFP.

A former gymnast himself, he was confronted with this phenomenon for his outings on parallel bars in particular.

"For me, that's what Simone Biles is going through and it's increased tenfold by the pressure," he explains.

"It rots our brains and we are afraid to do our acrobatics," he further details.

The situation is all the more difficult for Simone Biles who has acrobatics of an exceptional level.

To avoid "losing your figures", you have to regularly redo your ranges and break them down, explains Yann Cucherat.

In recent hours, several gymnasts have told on social networks that they have suffered from "twisties".

"'I have + twisties + since the age of eleven," said Aleah Finnegan, an American gymnast.

“You no longer have any control over your body and what it does,” she explains.

Swiss gymnast Giulia Steingruber, a vault specialist, who is competing in the all-around final Thursday in Tokyo, also said that she experienced a similar "mental block" in 2014. "I was really scared" and "I couldn't make it. not to get out of it, ”she says in a documentary.

"She has to relearn everything little by little," continues her trainer.

Pressure, stress and anxiety can promote the appearance of this phenomenon.Biles, five Olympic medals in Rio, spoke of the pressure she has felt for months, after a year of confinement and a postponement of the Olympics.

And yet, "Simone has an incredible balance in the air," Aime Boorman, her historic trainer, explained to Simone's mother when she was six years old.

"She knows exactly where she is in space as she spins and spins and she instinctively knows how to land on her feet to land properly. This is something no trainer can teach," she had told him.