Former US President Barack Obama plans to hold his 60th birthday party on August 4 at Martha's Vineyard, which costs $11.75 million, and the famous American media, Oprah Winfrey, and director George Clooney, will receive invitations from among several famous personalities 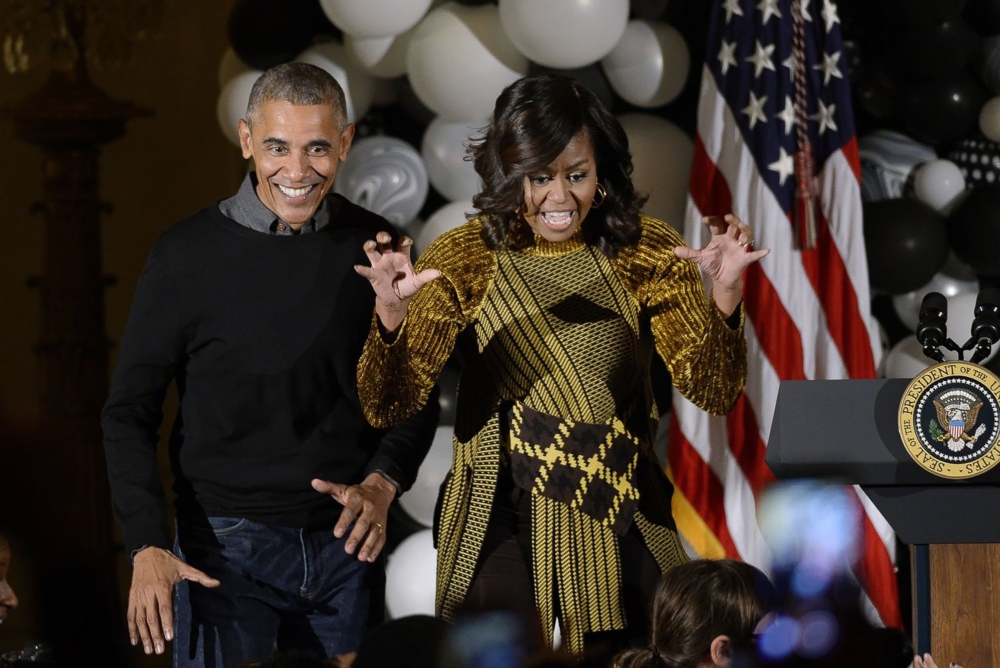 Obama and his wife on one of his birthdays.

Former US President Barack Obama plans to hold his 60th birthday party on August 4 at Martha's Vineyard, which costs $11.75 million. The famous American media, Oprah Winfrey, and director George Clooney, will receive invitations to attend among several famous personalities from the invitees. The Obamas asked all guests to submit a negative COVID-19 test result, as cases of the virus began to rise in the United States again.

The ex-president, who has spent recent weeks at his posh island home, is expected to be joined by dozens of friends in the nearly 30-acre plush, white Atlantic Ocean residence.

The former president has a history of throwing lavish birthday parties.

When he turned 50 in 2011, he hosted a host of stars at the White House to celebrate his birthday, including musicians Jay-Z and Stevie Wonder, actor Tom Hanks, comedian Chris Rock, basketball legends Charles Barkley and Grant Hill.

The party, which included performances in the East Room, was said to continue into the next day, with barbecues and dancing.

The former first family bought this luxury vacation mansion for $11.75 million in 2019, not a large part of her net worth of $70 million. This 29-acre property on the shore of the Atlantic Ocean was once owned by the owner of the Boston Celtics Basketball Club, Wake Grosbeek. The original price of the house was $14,850,000, but the Obamas managed to get a huge discount and buy the house for $11.75 million.

The house is located on the edge of Edgartown's Great Pond with views of the Atlantic Ocean.

The couple fell in love with the palace in 2018 when they were renting it for their summer vacation.

That same year, the Obamas sold their summer home on this island for $15 million, no strangers to the island where they spent seven summers when Barack was president.