Great willingness to help victims after the fire in Nordmaling

The support for the victims after the fire in Nordmaling is great. Not least on social media, fellow human beings offer support to those who lost everything during the night towards Monday. - It is important to continue to support even in the long run, says pastor Larsa Rännar. 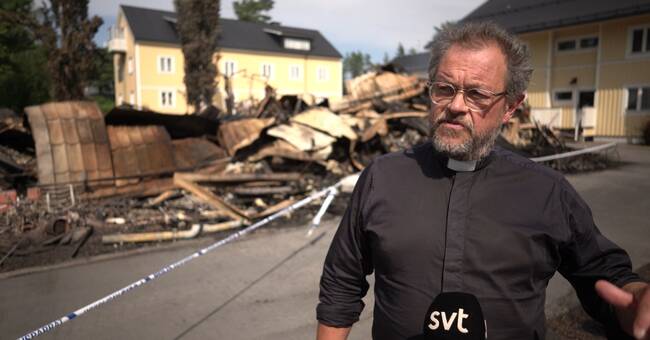 One person lost his life and several his homes when an apartment building with seven apartments burned to the ground in central Nordmaling during the night towards Monday.

At the same time, the disaster has shown the kindness that exists among citizens in Nordmaling.

Social media offers various types of help to those affected.

Already on the evening before the fire, volunteers made themselves available, says parish priest Larsa Rännar, who was present himself.

- It is a deep care that exists here, he says.

In the clip, he gives several examples of what the support has looked like since then.

For example, one of the victims, a woman pregnant in the seventh month, has received help with new clothes both for herself and for the baby.

Everything was lost in the fire.

At the same time, it is not always easy to know what you can contribute, but Larsa Rännar has a tip:

- You should think about asking people what they need.

It may not be the case that you need clothes in the first place.

You may need other help that is more advanced, but that an ordinary person can still contribute.