It has been dramatic weather in several parts of Sweden in recent days. Now even more rain is expected in a short time. SMHI has issued class-1 warnings for both Dalarna and Gävleborg counties. 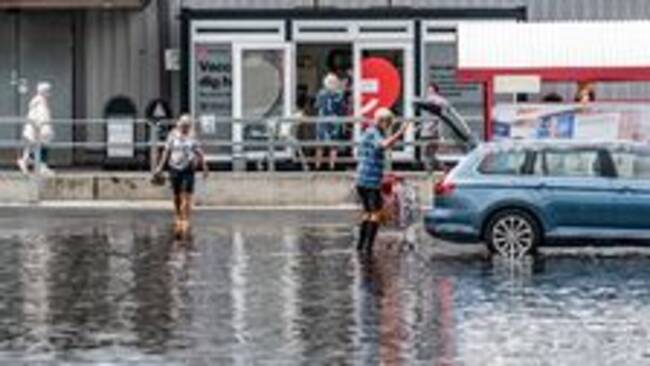 SMHI has issued class 1 warnings for parts of Dalarna and Gävleborg counties where there may be 35-60 millimeters of rain in the next 24 hours.

SMHI warns that there is a risk of large bodies of water, overflowing stormwater pipes and flooded basements.

If the forecast changes to an even heavier rain of 70 millimeters or more within a day, SMHI will update the warning to a higher warning class.

In Hudiksvall, among other places, preparations are being made for heavy rain and protective dikes have been set up in the center to protect the house facades against any high water levels.

Even in more parts of the country, it looks like there will be rain and thunder on Thursday.

- In some places there can be really intense showers and there is still a risk of flooding in several places.

The weather is generally unstable and it is difficult to make forecasts.

Rain showers can appear here and there and expect some thunder, says SVT's meteorologist Marcus Sjödstedt.

Arrived 73 millimeters in a short time

Several regions in Sweden have been hit by torrential rain.

In Blomskog in Värmland, for example, there was 73.1 millimeters of rain between Tuesday evening and Wednesday morning.

At the same time, the risk of fires in forests and land remains large or very large in large parts of Norrland and in eastern Götaland and Sörmland.

And in central Norrland it will continue to be hot, in several places with a maximum temperature of at least 26 degrees on Thursday, according to SMHI's forecast.

See more about how much rain has come in Sweden in the clip above.