Comment: Matti Mattsson received an eternal prize for a cold-cool game - self-discipline from Pori was found in adversity

If someone has earned their Olympic bronze, Matti Mattsson, a Pori swimmer who has undoubtedly reached an incredible mood in Tokyo, writes Marko Lempinen. 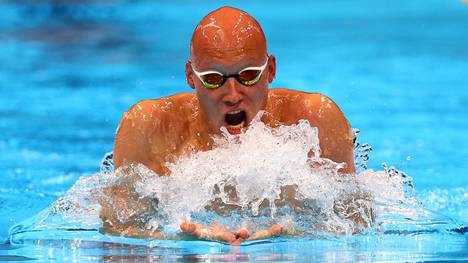 It was once again a dazzling swim, a great trick!

Matti Mattsson from Pori did one of the greatest Finnish Olympic sports tricks of the 21st century by stretching to bronze in the 200-meter breaststroke in Tokyo.

She is now the second Pori breast swimmer in history to reach the Olympic bronze.

Mattsson’s eight-year deep sleep is over, he has risen from the deep waters - and done it in a way that seeks its peers.

In the opening and semi-finals, Mattsson already swam well.

In the semi-finals, the Pori resident already made a new SE 2.08,22, but he still kept his real condition hidden from both Finnish sports fans and competitors.

Mattsson seemed to be leaving the final with risk.

He was still second and ME at 150m intervals.

But now Mattsson didn’t clot in the last fifties in the same way as many times before in hard places.

The race was won by Australian Izaac Stubblety-Cook in 2.06.38 and silver was taken by Arno Kamminga of the Netherlands.

But the Finn also knew all the time what he was doing and clocked the wild new SE 2.07,13.

So Mattsson's record improved by more than a second at a time!

If anyone earned this medal, then no doubt a Pori swimmer who was in trouble.

Matti Mattsson did a tremendous stunt in the Olympic final and won a bronze medal in the 200-meter breaststroke.

Mattsson, 27, described as Pori's Bear, has exuded exceptional confidence throughout the Tokyo Games.

Right from the opening day of the swimming events, the backstage of Tokyo has been able to sense that Mattsson is stretching to the swim of his life.

His expressions and gestures have also shone with inner peace, the kind of relaxation that is specifically needed in the most crucial moments of top sports.

There is no more recess - no “summer”.

Namely, one reason for Mattsson’s current ferocious pace is also that his body has become significantly entrenched in recent years.

The change is noticeable in the days before it, when he weighed about twenty pounds more than he is now (about 93 pounds).

At the time, there were enough pounds, and his middle body was no “six-pack”.

Mattsson has suffered from a variety of difficulties, particularly indigestion, which had its own clear impact on his weight.

On the other hand, in the last decade, Pori's lifestyles were also not optimal from the point of view of top sports - he wanted to gain momentum elsewhere than in the pool.

Since celiac disease in 2019, the situation has changed substantially, and today Mattsson externally resembles sculptural athletes of ancient Greece.

When the resistance of the water has decreased and at the same time many other real things have happened, the Pori resident has once again got into a dizzying mood.

Mattsson is reinforced by the difficulties.

Adversity forced him to find self-discipline, which led to a downright incredible change in roast sports as well as normal life.

And when a man knows he’s okay, it also brings mental security.

The power he has drawn from his family to Tokyo based on his speeches as well.

A married father of two has seen that family support is crucial to him.

A source of inner peace.

With his great bets in Tokyo, Mattsson not only realized his dreams but also became one of the great Finnish Olympic swimmers.

He was only the third Finnish swimmer to make it to the Olympic finals in this millennium.

Now Mattsson has received an award for his strict dedication in recent years, which undoubtedly sensitizes even the people of Pori who are considered stiff, including the swimmer himself.

He received an eternal reward.