China News Agency, Beijing, July 29. A number of Native American scholars have recently spoken in the US media, exposing the dark history of Native American boarding schools. The picture shows local time on May 29th, in Kamloops, British Columbia, Canada. People laid flowers in front of the survivors of the former Kamloops Indian boarding school.   Ted Gover, the head of the tribal management 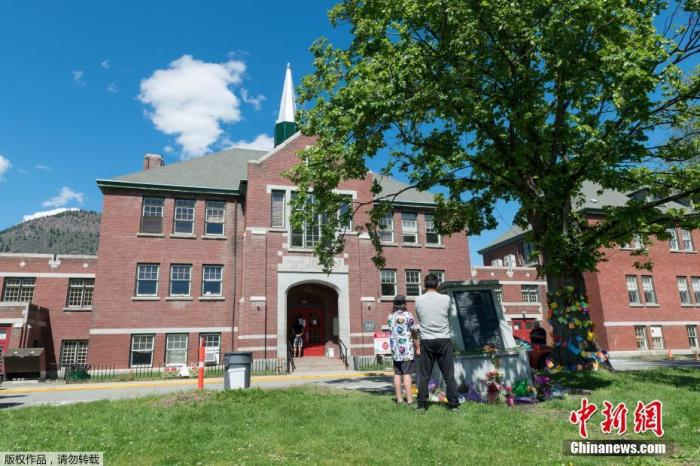 The picture shows local time on May 29th, in Kamloops, British Columbia, Canada. People laid flowers in front of the survivors of the former Kamloops Indian boarding school.

Ted Gover, the head of the tribal management project at Claremont Graduate University in the United States, published a commentary on the website of "Capitol Hill" and pointed out that Canada has recently found a large number of unmarked near the former sites of four aboriginal boarding schools. His grave shocked the world.

But sadly, most Americans did not realize that the same tragedy happened in the United States from 1869 to 1978.

Gowell said that thousands of Native American children were expelled from tribal communities and sent to boarding schools run by the government and churches for the purpose of "cultural assimilation" in order to integrate into American society.

More than 350 boarding schools have tried to replace the values, language and lifestyle of Native Americans with Christianity, Western traditions and English for more than 100 years.

At the peak of the development of boarding schools, about 83% of Native American children were in boarding schools. In addition to enduring heavy labor and illness, they also suffered physical punishment and sexual abuse.

Jacki Thompson Rand, a professor of American Indian studies at the University of Illinois at Urbana-Champaign, also said in an interview with the US "Vox" website that she learned from her family’s oral history that in There are all kinds of violence and sexual abuse against children in these boarding schools.

Rand said that his mother and his siblings came from a family that speaks Choctaw (the language spoken among the Choctaws of the indigenous peoples of the southeastern United States), but their generation did not speak this kind of language. Language, because the use of aboriginal languages ​​in boarding schools is prohibited.

Rand also stated that in the summer, indigenous children in boarding schools will be fostered in white families, boys will be sent to places such as farms as free labor without any protection, and girls will perform housework as servants.

"What they have been taught is that being an aboriginal is a source of shame."

Rand believes that hunger, disease, corporal punishment, and sexual abuse have caused a large number of indigenous children to die or commit suicide.

"By the end of the 19th century, there were only about 250,000 Native Americans left in the United States. If this is not considered genocide, then I don't know what to count."

In June of this year, Deb Haran, the American Secretary of the Interior, with Indian descent, stated that he would investigate the past supervision of Native American boarding schools and work hard to "expose the truth about the loss of life."

"Sometimes people would say to me: Oh my God, I don't even know that these things have happened in our country." Rand said, "Well, this is colonialism. It is what is needed to conquer the race, it is what is needed for the genocide of racial culture. It is necessary to seize the territory." (End)