2000-year-old Roman wreck found in the seabed in Italy

In Sicily, the Italian authorities have just spotted a 2000-year-old ship off Palermo and its precious cargo: several dozen amphoras used for the wine trade… 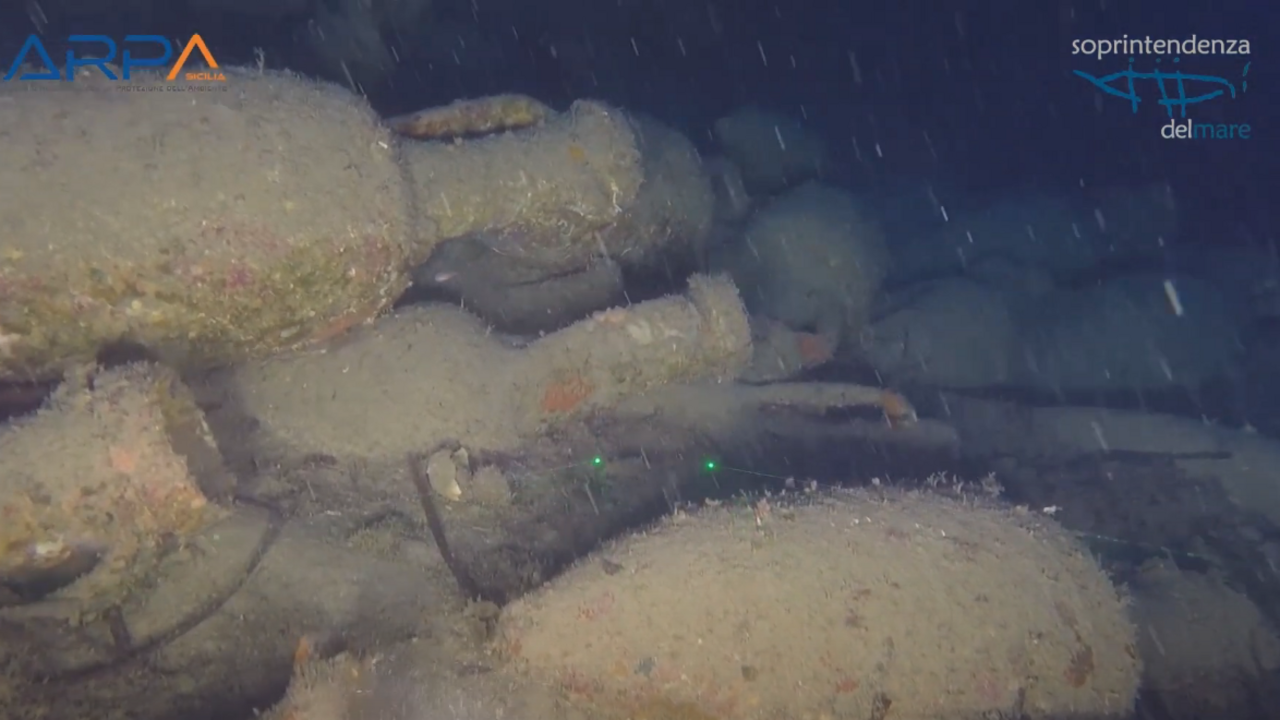 2000-year-old Roman wreck found in the seabed in Italy

In Sicily, the Italian authorities have just spotted off Palermo a 2000-year-old ship and its precious cargo: several dozen amphoras used for the wine trade two centuries before Jesus Christ.

A rare and major discovery that sheds light on the route of the maritime routes used in Antiquity.

The treasure had been sleeping

for two millennia in Sicilian waters

It was first spotted by oceanographic scanners, before being filmed by an underwater robot.

And the archaeologists have won the jackpot: by its exceptional state of conservation and by the size of its load, this ship as old as Julius Caesar will reveal all its secrets.

Because at the time, in the second century BC, the wine trade was booming,

made a reputation throughout Italy and it is said that Caesar himself offered it to his guests. to celebrate his third consulate.

The identification of the Roman ship on the seabed of Isola delle Femmine is perhaps one of the most important discoveries of recent months",

At what price were these amphorae sold?

Where did the boats go?

And how did we live on board?

Scientists hope to find answers to these questions after the relics float, which is expected to take several months.