Up to now, the overall operation of Henan's transportation industry is stable and orderly

China News Service, July 28th. Affected by heavy rainfall, traffic in and out of Henan is blocked. What is the current traffic situation? Zhuo Li, head of the Emergency Office of the Ministry of Transport, pointed out on the 28th that with the strong support and joint efforts of all parties, as of now, the overall operation of the transportation industry in Henan Province is smooth and orderly. 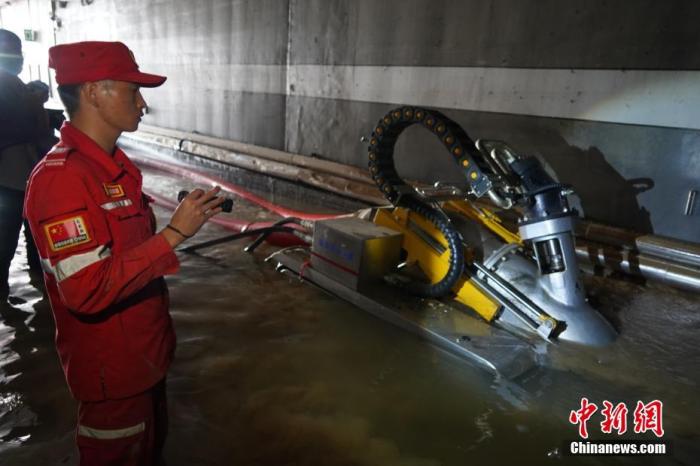 China News Service, July 28th. Affected by heavy rainfall, traffic in and out of Henan is blocked. What is the current traffic situation?

Zhuo Li, head of the Emergency Office of the Ministry of Transport, pointed out on the 28th that with the strong support and joint efforts of all parties, as of now, the overall operation of the transportation industry in Henan Province is smooth and orderly.

On the 28th, the State Council Information Office held a press conference on flood prevention and disaster relief work. At the meeting, a reporter asked questions that traffic in and out of Henan was blocked due to heavy rainfall. What is the current traffic situation?

When will it be able to fully recover?

In response, Zhuo Li responded that after the flood disaster in Henan Province, the Ministry of Transport promptly initiated the second-level emergency response for flood prevention and disaster relief on July 21, maintaining regular video consultations with the Henan Provincial Department of Transportation and neighboring provinces to guide Henan Province Check the water damage of roads and bridges, and formulate a plan to rush through.

At the same time, two disaster relief guidance teams were arranged to go to key disaster areas for on-site guidance.

At the same time, it will also urgently allocate funds for road damage and rush through with the financial department to support Henan to carry out road repair and rush through.

"In addition, our ministry will promptly check out the flood prevention and disaster relief materials and equipment in surrounding provinces, especially the deployment and equipment of steel bridges for combat readiness, and is ready to support Henan Province at any time. With the strong support and joint efforts of all parties, the transportation industry in Henan Province has The overall operation is smooth and orderly." Zhuo Li said.

Zhuo Li pointed out that as far as the railway is concerned, from what we learned yesterday, as of yesterday evening, 200 floods affecting traffic have been cleared, and the remaining 21 are under emergency repairs, except for individual line sections that are interrupted, blocked, and dual-track operations are changed to single-track operations. In addition, the rest of the main trunk lines have been restored to traffic.

The highways and main passages of the national and provincial trunk lines in Henan province remain unblocked, and there are currently no people or vehicles stranded.

As for the expressway, only one site was interrupted due to stagnant water, and traffic is expected to resume after the flood drops.

Ordinary national and provincial highways were interrupted in 36 sections, 14 of which were due to flooding of the roads, and they could pass after the stagnant water subsided.

The other 22 locations are expected to be recovered and restored by the end of July.

Rural roads have suffered more damage, with 1,685 blocked in total, and 843 have been rushed through, accounting for about half of them.

Zhuo Li mentioned that the sections that have not been rushed through are mainly because the floods in some counties and cities have not yet receded, and the conditions for rush through are not available for the time being.

In addition, due to the large amount of landslides and the entire roadbed being washed out in some critical sections in mountainous areas, the rush-through period will be relatively long.

In addition, urban public transportation in Henan Province is speeding up its recovery. Except for the Zhengzhou subway, bus lines in Zhengzhou, Anyang, and Hebi urban areas have resumed operations.

In terms of civil aviation, Zhuo Li said that Zhengzhou Xinzheng Airport has fully resumed operations last night, and the number of flights has reached the level before the rainstorm, with an average of 600 flights per day.

The operation of the postal industry has been fully restored, and there is no backlog of express mail.

"In the next step, our ministry will continue to guide Henan Province to do a good job in the restoration of the disaster-damaged roads, urge the transportation departments at all levels to compact the responsibilities of flood prevention and typhoon prevention, strengthen early warning and prevention and on duty, highlight key parts and weak links, and timely investigate , Eliminate hidden dangers, effectively prevent and control risks, and provide transportation services for flood fighting and rescue and people's travel." Zhuo Li said.