The US president criticized this Tuesday, July 27, Russia for seeking to disrupt the US mid-term elections scheduled for 2022 by spreading "disinformation". A statement that ... 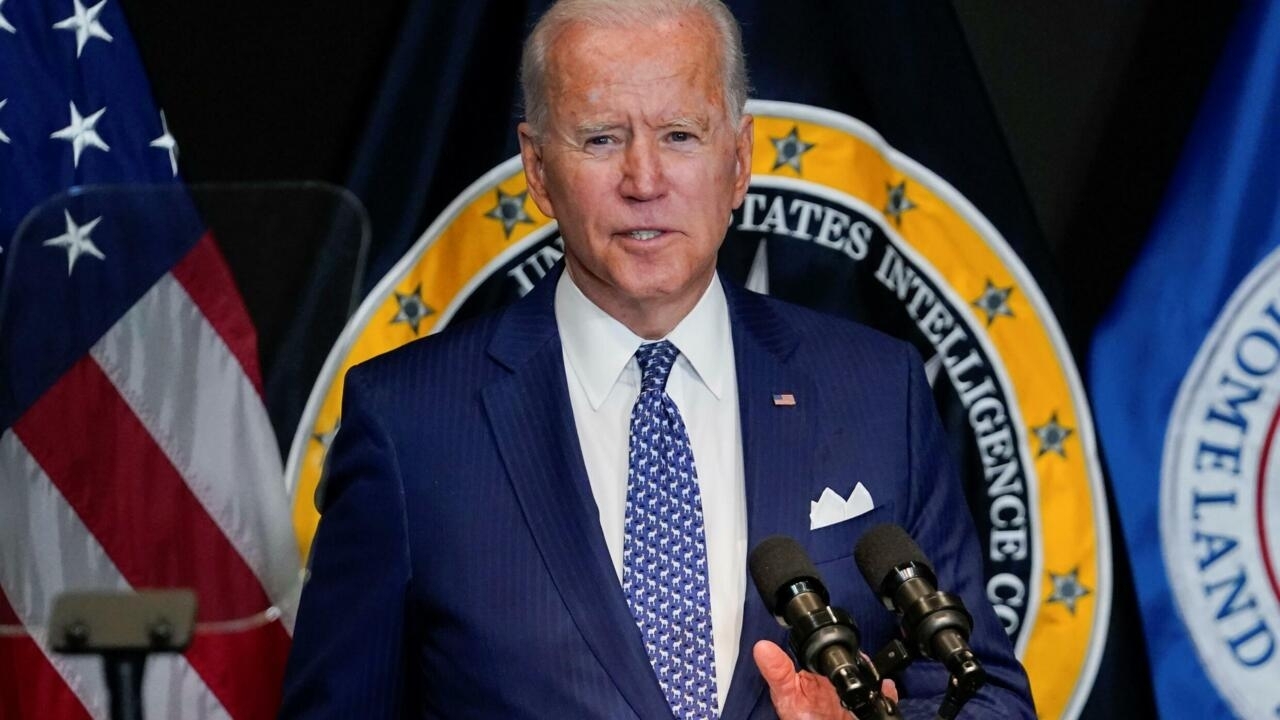 US President Joe Biden at a press conference in front of the intelligence services in McLean, Virginia, July 27, 2021. AP - Susan Walsh

The American president criticized this Tuesday, July 27 at Russia for seeking to disrupt the American mid-term elections scheduled for 2022 by spreading "

A statement that precedes the meeting this Wednesday, July 28 between the number two of Russian and American diplomacy, more than a month after the Geneva summit between Joe Biden and Vladimir Putin.

Look at what Russia is already doing with the 2022 elections and the disinformation.

It is an outright violation of our sovereignty!

Joe Biden did not mince his words during a trip to the Office of the Directorate of National Intelligence near Washington, referring to information he receives on the subject during a daily briefing.

In the fall of 2022, the so-called mid-term elections in the United States are due to be held in which all the seats in the House of Representatives and one-third of the seats in the Senate are renewed.

has a real problem, he is at the head of an economy which has nuclear weapons and oil wells and nothing else.

This makes him even more dangerous in my opinion.

Next war because of a cyberattack

Joe Biden also expressed his concern at the intensification of cyber attacks, including through "ransomware", which consist in breaking into an entity's networks to encrypt its data, then demanding a ransom, most often. in bitcoins, in exchange for the decryption key.

If we find ourselves at war, in a real armed war, with another great power, it will be because of a cyberattack

", assured the tenant of the White House.

Washington recently blamed Beijing for the

In addition, the White House has repeatedly called on Russia to act against "ransomware" attacks carried out from its soil.

How serious our American colleagues are

The statements by the US president came the day before a meeting between two of the main US and Russian diplomats: Wendy Sherman, Deputy Secretary of the State Department, and Sergei Riabkov, Deputy Minister of Foreign Affairs.

The consultations, which will be held behind closed doors at Lake Geneva on Wednesday.

This is the first concrete result of the meeting between Joe Biden and Vladimir Poutin more than a month ago in Geneva.

On the Russian side, the vice-minister intends to test his American partners.

The Kremlin does not display excessive optimism.

It's a very complicated process.

It would therefore be premature to speak of hopes for the moment.

The main thing is that the contacts continue

On the latter issue, the United States has threatened Moscow to take action if Russia does not end the wave of cyberattacks which it says largely originate from its territory.

The two sides are, however, seeking to reduce the points of friction, in particular on issues of disarmament and risk reduction.

Back from China, Wendy Sherman will be accompanied by the Under Secretary of State for Arms Control, Bonnie Jenkins, recently confirmed to this post by the Senate.

United States: Biden calls on Putin to act against cyberattacks from Russia

Nord Stream 2: compromise between Washington and Berlin around the gas pipeline