JO-2020 / Rowing: Androdias and Boucheron, Olympic gold after the turmoil Tokyo (AFP) After Europe and the world, Matthieu Androdias and Hugo Boucheron have now won Olympic gold! The French duo won Wednesday in a couple in Tokyo, giving France its third title and its eighth medal in these Olympics. Their Olympic title allows them to join Jérémie Azou and Pierre Houin, crowned in 2016 in Rio, after a gold shortage for French rowing which had lasted since 2004. "Today 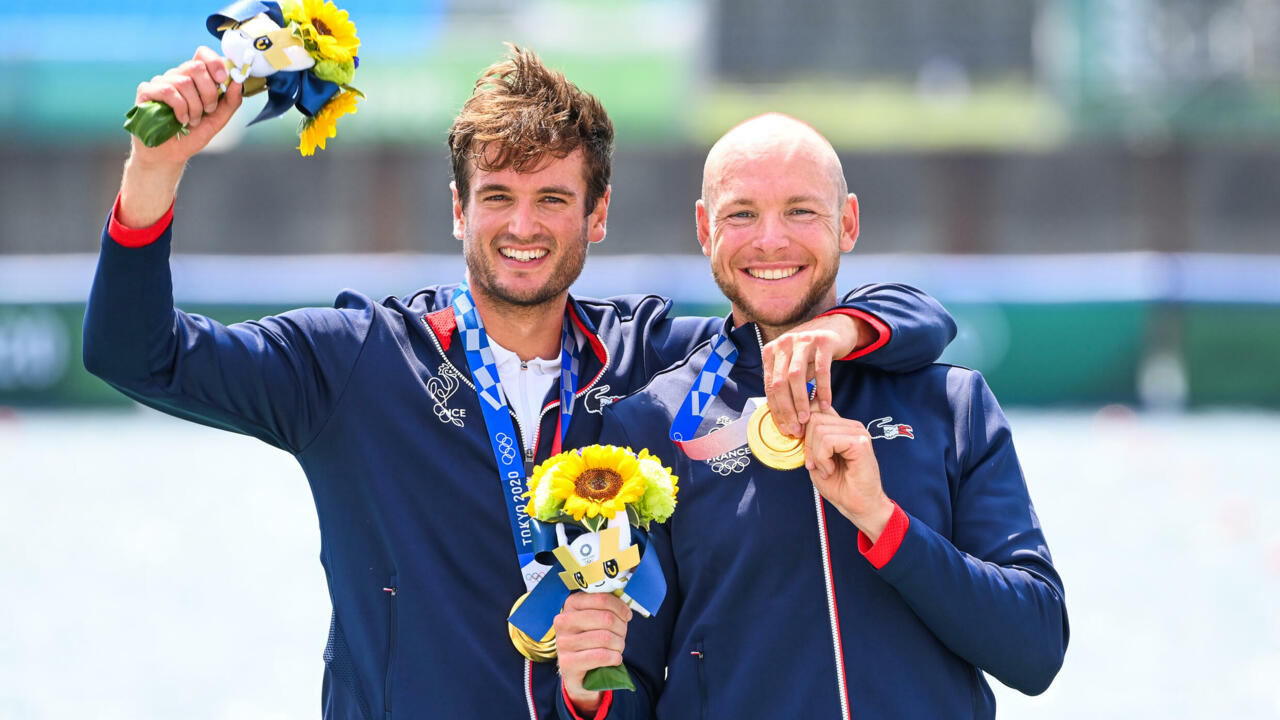 After Europe and the world, Matthieu Androdias and Hugo Boucheron have now won Olympic gold!

The French duo won Wednesday in a couple in Tokyo, giving France its third title and its eighth medal in these Olympics.

Their Olympic title allows them to join Jérémie Azou and Pierre Houin, crowned in 2016 in Rio, after a gold shortage for French rowing which had lasted since 2004.

"Today we won the star that we had been aiming for a long time. It is a medal between friends, that we went to look for with the link" that we have built over time, reacted the two strong afterwards their victory.

Androdias, 31, and Boucheron, 28, crowned European champions in April for the second time, were among the main contenders for the title and they did not lie to the predictions.

After finishing first in their series and then in their semi-final, they beat the Netherlands and China, world champions in the final.

However, the Olympic race, like their journey, was not a long quiet river.

Having started in the lead, they committed two "false shovels" (stroke of the oar out of the water), one each, which could have been fatal to them.

Boucheron and Androdias thus saw the return of the Chinese Liang Zhang and Zhiyu Liu, and the Dutch, Melvin Twellaar and Stef Broeninck in the first kilometer.

Producing their effort, they then returned to second in the 1,500m, behind the Dutch, before regaining the lead in the final meters.

"We did everything physically" to "re-mobilize and not lose the rhythm", explained the tricolors.

In the last 500 meters, "the adrenaline was huge, I was watching them (the Dutch) out of the corner of my eye. So we sent everything we had left, and in the end we didn't even know if we had won. "Says Androdias, all smiles.

But when they see "France" appear at the top of the results table, it's liberation.

And on the podium, both are very moved, Androdias even dropping a tear.

"I broke down thinking about how far we've come to get there, thinking about all the slaps we've taken. But we had to go through it. Our frustration was actually fuel. ", stressed Androdias.

In fact, the French couple, who have been rowing together since 2015, certainly had a good track record before this Olympic title, with in particular a world champion title in 2018 and a double at the European Championships (2018, 2021), but also returned difficult years.

Illness for Boucheron in 2019, then Covid both, disappointments have also been part of the course of the duettists: a sixth place in Rio, a qualification for Tokyo torn away in pain, the 2019 World Championships failed, so many disillusions that them mark "physically but also mentally".

"We won each time in half, and then we passed by. There was a lot of misunderstanding, questioning. At times we almost hung up the shovels. We had to completely deconstruct ourselves to rebuild ourselves stronger ", says Androdias, an engineer by training.

"The human", the link they have built over the years.

Even if there too, nothing was won in advance.

"We're as different as our hair," Boucheron jokes, running his hand through his brown hair in front of his teammate who proudly shows off his bald head.

"I thought that to be successful we had to be the same. But today, our difference is our strength," adds Androdias.

Much to their joy, the two men do not rule out continuing until the Paris Games in 2024. "We still have things to do. We are not yet the best version of ourselves. I want to to see how far we can go, "he concludes.