The popular contraceptive pill Qlaira is completely out of stock in all pharmacies in Sweden. For Emma, ​​who suffers from endometriosis, it has meant that she has to change treatment. - It came as a shock that they were finished, she says. 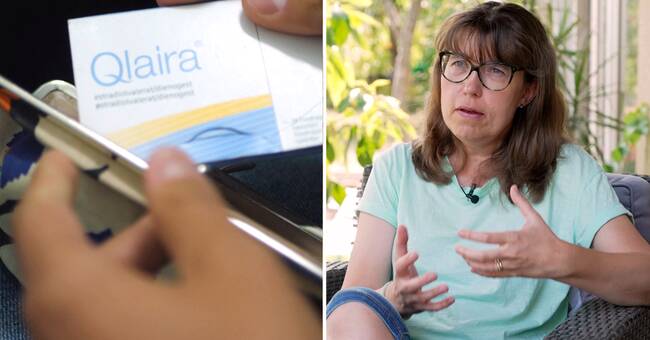 Since the beginning of April, the contraceptive pill Qlaira has been back-listed. According to SVT's survey, all pharmacies in Sweden are now completely empty, and are expected to be back in November at the earliest.

- That you think that it is just to switch to another variety, I think it is not to take women's symptoms, diseases and side effects seriously, says Anna-Sofia Melin, specialist in gynecology at Capio.

Qlaira is not only a contraceptive, but also acts as a medicine against the disease endometriosis. About one in ten people who have menstruation suffers from endometriosis and a majority of these experience chronic and intense pain in the lower abdomen, often in connection with menstruation and ovulation.

One of them is Emma. She is 26 years old and her life for the past ten years has been marked by endometriosis and the search for a contraceptive that works.

- I have had problems with severe pain, could not be school, in high school I was away one week a month or so, says Emma who just wants to go out with her first name.

A couple of years ago, she found Qlaira, and they have helped her become completely bleeding-free, which means that the pain during menstruation and ovulation has disappeared. At the same time, she has also escaped the worst side effects she has had from other birth control pills.

- It came as a shock that they no longer existed, she says.

Now, due to the residual listing, she has been forced to change the contraceptive pill again, and has partly regained the bleeding and ovulation, and thus also the pain.

Not uncommon with residual listing

Every year, many women are forced to take a break from their contraceptive methods due to residual prescriptions, and gynecologist Anna-Sofia Melin experiences that longer periods with residual-listed contraceptives are something that has become increasingly common.

- These are not expensive drugs, and they are not new drugs. They should exist, she says.