Tokyo Olympics: Despite his victory, a New Zealand boxer claims he was bitten by his Moroccan competitor Baala

New Zealand boxer David Nikia did not face a crisis in his 5-0 victory over Younes Baala in the heavyweight competitions at the Tokyo 2020 Olympics, on Tuesday, with the exception of completing the fight after an alleged attempt to bite the Moroccan boxer. 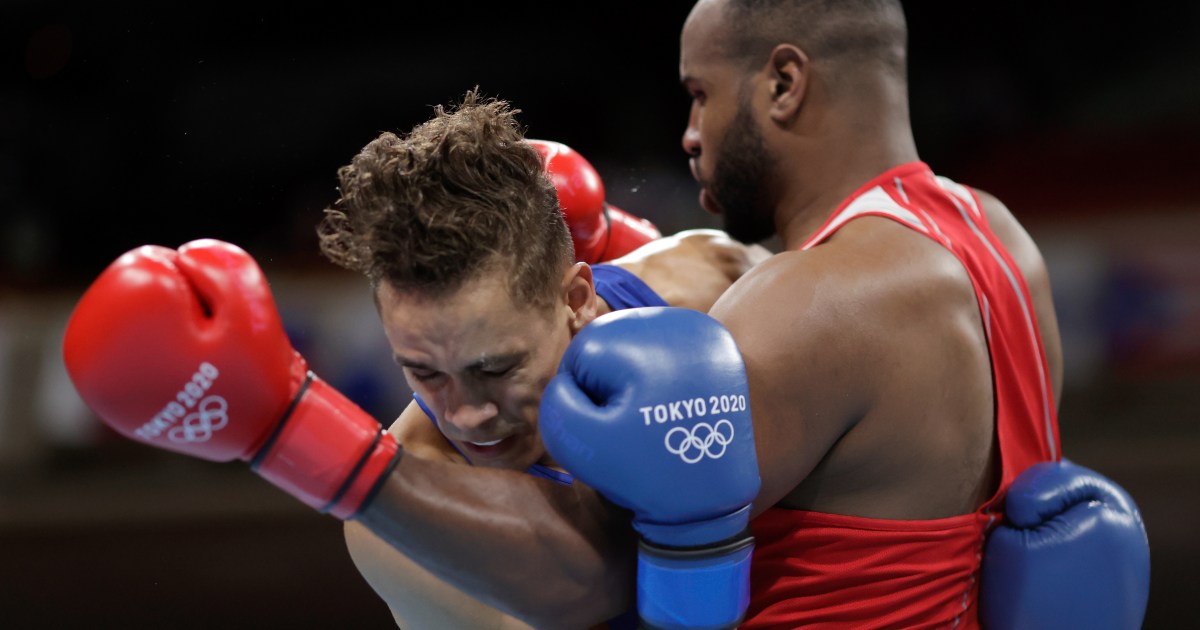 New Zealand boxer David Nikia did not face a crisis in his 5-0 victory over Younes Baala in the heavyweight competitions at the Tokyo 2020 Olympics, today, Tuesday, except for the completion of the fight after an attempt to bite the Moroccan boxer, according to his opponent.

Nikia, who has two gold medals in the Commonwealth Games, won the first two rounds easily, causing Ba'ala to suffer with his quick successive kicks.

The 22-year-old Moroccan boxer lost his cool and tried to bite Nikia's ear during the boxers' rapprochement in the third round, but Nikia managed to clear his head in time.

The fight continued, and Nikia, who participated in carrying the New Zealand flag at the opening ceremony of the Olympics on Friday, won 5-0 to qualify for the quarter-finals, but he was surprised that the referee did not see the incident.

Moroccan boxer Younes Baala loses to his New Zealand competitor, David Nika, in the round of 16, in the weight of 81-91 kg.

"Did you see that? I don't think the referee saw that," said the 25-year-old, before the New Zealand boxer added that he thought his Moroccan opponent had tasted too much sweat.

"He couldn't put his whole mouth in. Fortunately he had a mouthguard on, and I had a lot of sweat. I don't remember what I said to him, but I said some bad words to him," Nikia added.

"I was bitten once before in the chest during the Commonwealth Games on the Gold Coast, but the strange thing is that this happens in the Olympics," he continued.

A spokesman for the Moroccan delegation in Tokyo did not immediately respond to a request in an email for comment on the New Zealand boxer's claim.