A production stoppage at the pharmaceutical giant Bayer has meant that Sweden is completely without a unique type of contraceptive pill. - The companies produce small stocks and just at the last second, because you want to sell out what you have, says Maria Wanrud, group manager at the Medical Products Agency. 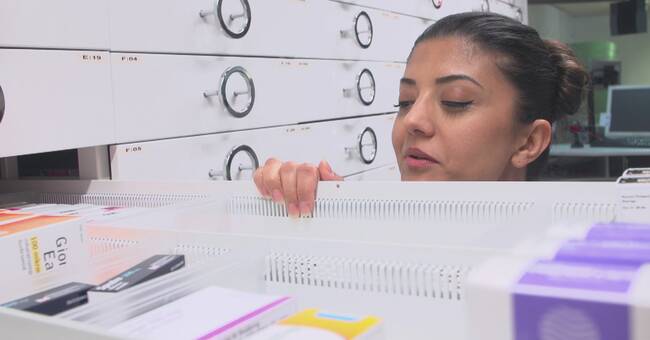 SVT's survey shows that the contraceptive pill Qlaira, which has been back-listed since April this year, is now completely out of stock at all pharmacies in Sweden.

- For the individual, I understand that this is a problem, when there is no interchangeable drug available.

On the other hand, there are other treatment alternatives that you can get, but it does require the patient to contact the care, says Maria Wanrud, group manager at the Medical Products Agency.

The forecast is that Qlaira will be available for purchase at Swedish pharmacies in November this year at the earliest.

According to the Medical Products Agency, the stop is due to the fact that the manufacturer Bayer has difficulty obtaining some of the content that should be in the pill.

- You have problems getting hold of the active substance, but we do not know why, says Maria Wanrud.

The Medical Products Agency does not have the task of keeping a stock of medicines, but according to Maria Wanrud, both pharmacies and the manufacturer usually have a stock for most medicines that lasts for a couple of months.

But in recent years, the Medical Products Agency has noticed a change.

- The companies produce small stocks and just at the last second, because you want to sell out what you have, which means that there are very small margins if something should go wrong.

In March, a new inquiry was presented on emergency preparedness in healthcare, and one of the proposals that was presented was about increased emergency stocks for medicines.

According to Maria Wanrud, this could be a way to reduce the risk that individual women will have to discontinue their preventive treatments.

- Things can happen during the manufacturing process that are difficult to predict, she says.