Stratfor: Monitoring the behavior of the Tunisian president is important to know his true intentions

The following developments, in the coming days and weeks, will help determine whether Tunisia is going through a temporary constitutional crisis or a larger shift on the path toward a less democratic system, with more power in the hands of the president. 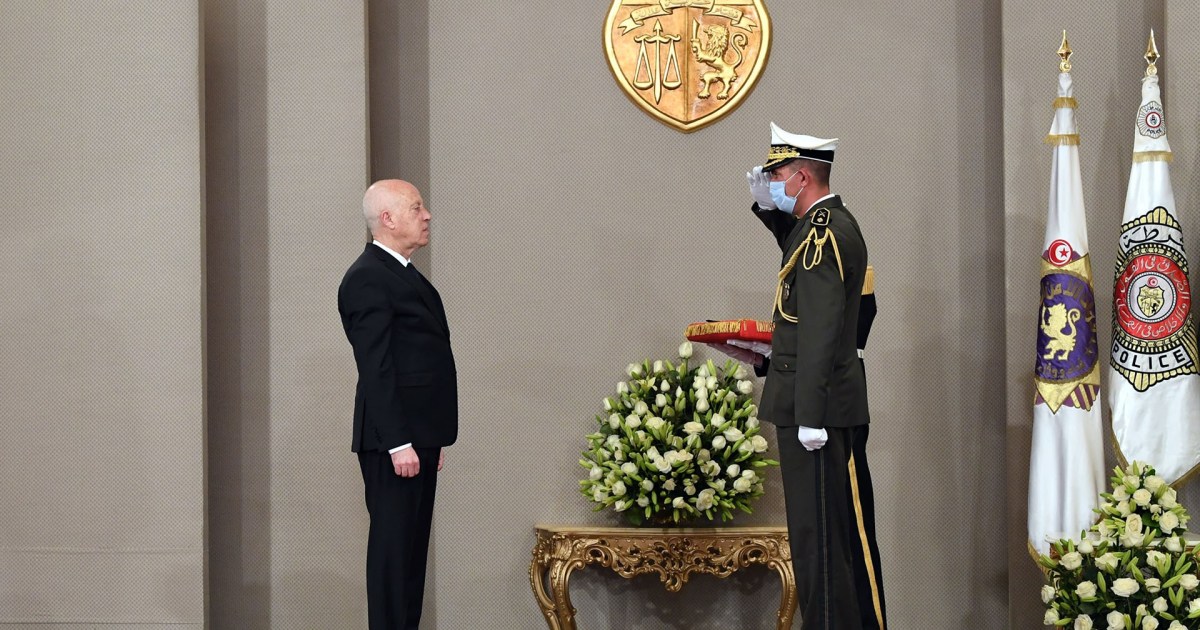 The following developments, the coming days and weeks, will help determine whether Tunisia is going through a temporary constitutional crisis or a larger shift in the path toward a less democratic system and more power in the hands of the president, the American "Stratfor" website said.

that the Tunisian president's move to freeze parliament and dismiss the prime minister raised questions about the democratic path for the first time since the Arab Spring, which led to the outbreak of a political crisis on top of the worsening economic crises in Tunisia, and the Corona pandemic.

He noted that Saeed says he will respect the 30-day deadline to implement exceptional presidential powers.

However, according to the site, many do not trust him and see similarities between his unusual moves and those of more authoritarian former presidents in Tunisia.

An indication that he will respect the constitution

However, the site says: Others have pointed to Saeed's long career as a constitutional judge before he became president, as an indication that he will respect the law and stay true to his word.

It will therefore be necessary to monitor the appointment of a new Prime Minister.

If he appoints a new prime minister in the coming days, especially (if he is) a technocratic who has no openly political biases, that gives some confidence that he intends to share executive powers.

But if the appointment of Al-Mashishi's replacement remains unclear for several days, it will raise some doubt about the preservation of the current democratic structure of the regime.

This, in turn, is likely to lead to further political paralysis by pushing more parties and institutions to come out against the president.

The Stratfor report then addressed the element of cooperation between the executive and legislative branches, saying that if Saeed succeeded in encouraging dialogue between his office and parliamentary leaders, this would help dispel concerns about expanding the executive and help maintain the democratic structure, that is, the extent to which Parliament cooperates with the president's plan to appoint A new prime minister would signal the legislature's desire to accommodate a short-lived period of emergency executive power.

In this, Stratfor adds, Parliament Speaker Rashid Ghannouchi will be the key in particular, because he (Ghannouchi) is currently strongly opposed to Said's decision and was the most prominent among those who described it as a coup.

In addition to cooperation between political and civil leaders, as political dialogue between the main actors (parties, civil society organizations, unions, politicians inside and outside parliament) will help dispel concerns about this period of executive management that continues indefinitely.

The site pointed out that Tunisia's democratic constitution has succeeded in overcoming many political crises since it was promulgated in the wake of the Arab Spring, but if this latest test impedes political dialogue, it risks changing the country's entire system of governance in the long term.

Demonstrations and the economic situation

"Stratfor" expected that Tunisia would witness demonstrations by opponents and supporters of the president's decisions, pointing to the deployment of police and army forces, which are under the president's control, in areas of the country to maintain peace.

If a more forceful or larger deployment occurs, the fearful will increase concern about the expansion of state power and the potential use of force against civilians, likely leading to more violent clashes and growing opposition against Saeed.

The site concluded its expectations with the impact of the economic repercussions, saying that the current political crisis threatens to deteriorate the already bad economic situation in Tunisia by raising a state of uncertainty among local companies, as well as foreign investors who do not yet know who will lead the government in the near or long-term future.

If the current situation then leads to more economically motivated protests, more political actors are likely to turn against the president, further exacerbating the economic crisis.