After his dismissal by the president on Sunday, Hichem Mechichi, now former Tunisian prime minister, said he was ready to cede power. As for the main party in Parliament, Ennahdha, which supports him ... 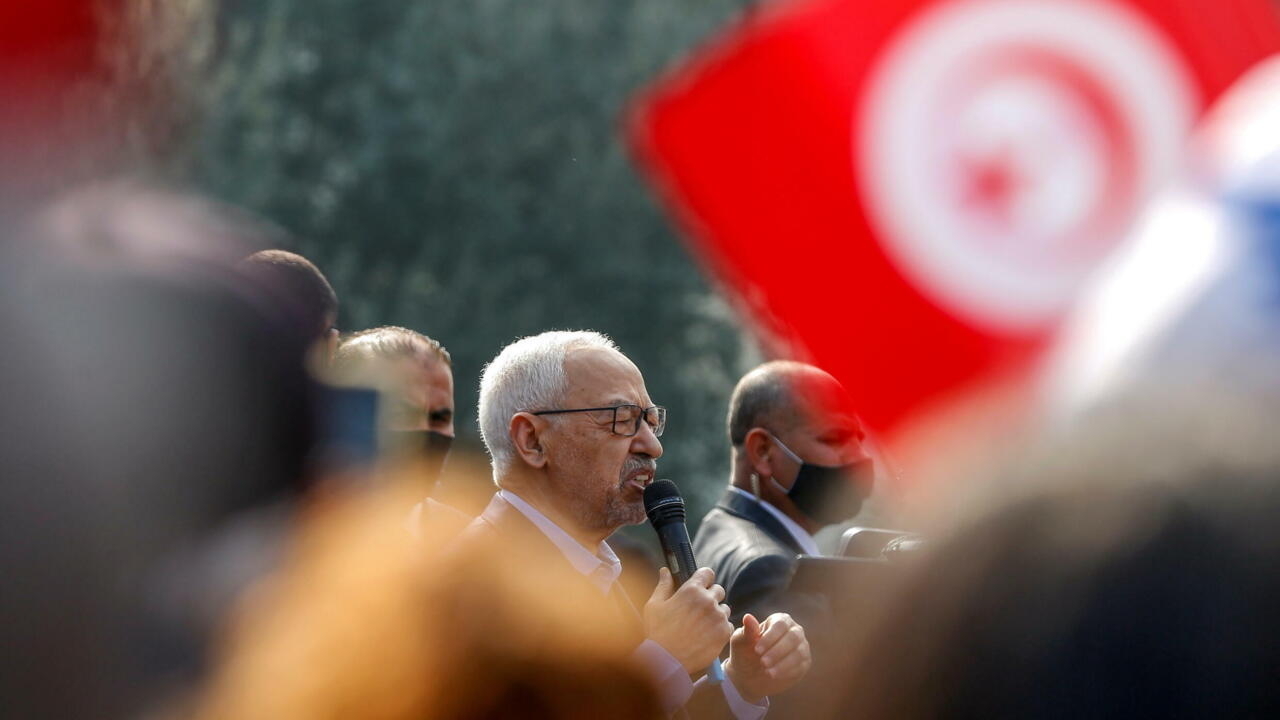 The leader of the Tunisian Ennahdha party, Rached Ghannouchi, in Tunis, in February 2021. REUTERS - ZOUBEIR SOUISSI

After his dismissal by the president on Sunday, Hichem Mechichi, now former Tunisian prime minister, said he was ready to cede power.

As for the main party in parliament, Ennahdha, which supports him, he denounced a coup, but after a political bureau held that night, he is now calling for early elections.

The Ennahdha party, the main party in Parliament, says it is ready "

for the holding of simultaneous early legislative and presidential elections to guarantee the protection of the democratic process, and this

order to avoid any delay being used as a pretext for maintenance of an autocratic regime.

against the Constitution and the institutions.

The leader of the party, Rached Ghannouchi, camped for twelve hours on Monday in front of the Parliament, cordoned off by the army, to claim access.

For his part, for his first speech since the announcement of his dismissal, Prime Minister Hichem Mechichi accepts the decision of the Head of State, Kaïs Saïed to dismiss him. "I will

met last night with members of the General Union of Tunisian Workers (UGTT), an influential trade union center which supports him, as well as representatives of the League of Human Rights and employers.

He continues to assert that his decisions are constitutional.

An economic situation weighed down by the Covid-19

The recent surge in cases of the pandemic has put the spotlight on the extent of the economic crisis that Tunisia is going through: lack of medical equipment and oxygen, saturated hospitals ...

The country has benefited from international solidarity, in particular oxygen and 500,000 doses of vaccines from France to speed up its campaign.

Tons of medical supplies have also arrived from the Middle East and neighboring countries like Algeria and Egypt.

Not enough to calm the discontent of Tunisians who pound the pavement to criticize the lack of anticipation in the face of the pandemic.

The scale of the new wave of Covid-19 contamination visibly exceeds Tunisia's capacity to cope.

This outbreak in the heart of summer destroyed any hope of a recovery in tourism, which normally represents 12% of GDP.

Last year already, Tunisia recorded an 8.8% recession, it was already the consequence of the Covid-19 pandemic.

The country's public debt now represents more than 100% of GDP.