The two Koreas have re-established their cross-border line after a 13-month hiatus. Officials from Seoul and Pyongyang spoke on Tuesday morning July 27 at 10 a.m. local time across the country. 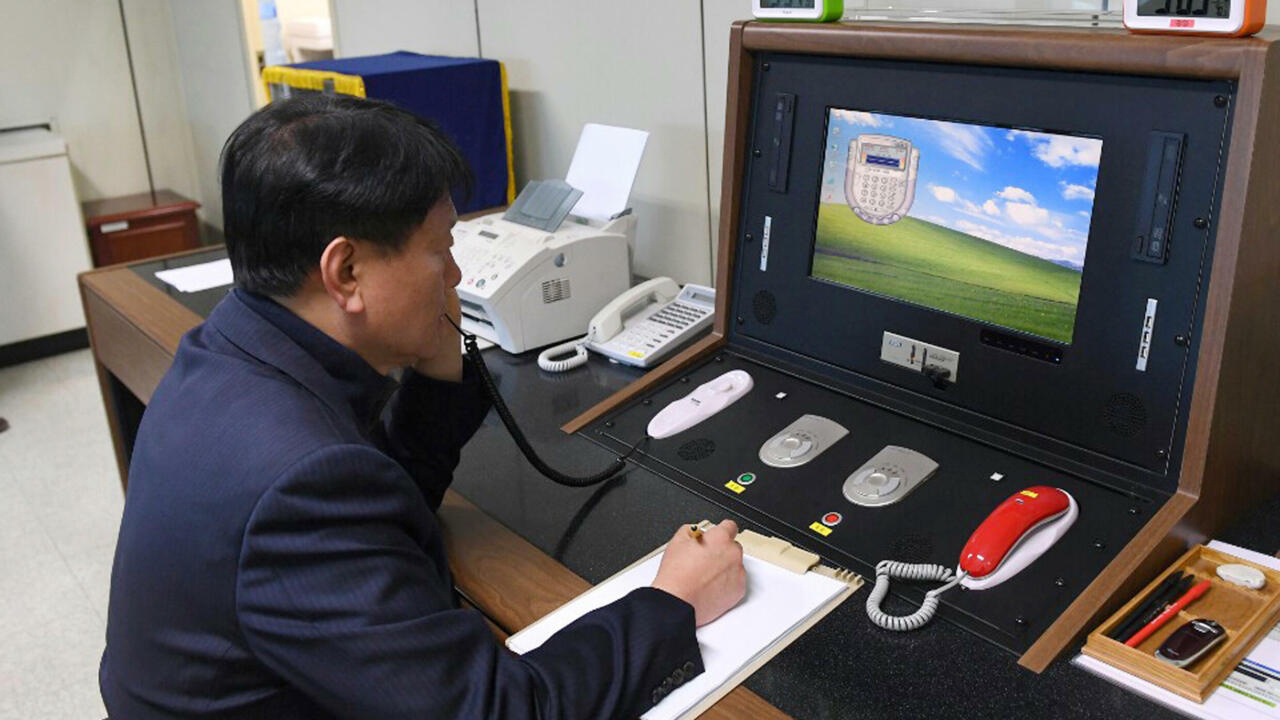 A South Korean government official communicates with a North Korean official during a phone call via the Inter-Korean Communication Channel, in Paju, South Korea, January 3, 2018. AP

The two Koreas have re-established their cross-border line after a 13-month hiatus.

Over a year ago, the North unilaterally severed this channel, accusing the South Korean government of failing to prevent anti-Pyongyang activities in the South.

Perhaps finally the beginning of an improvement on the Korean peninsula.

After a dramatic warming of relations between the two Koreas in 2018, the year in which South Korean President Moon Jae-in and North leader Kim Jong-un met three times, the momentum for dialogue has been completely shattered by the precipitous, no-deal end of the summit between the United States and North Korea the following year.

From this Tuesday, the two Koreas will therefore resume their regular phone calls twice a day.

A marriage of convenience

": Beijing and Pyongyang want to strengthen ties against Washington

In fact, the line of communication had not been physically severed, but Pyongyang had simply stopped answering calls from Seoul.

This gesture of openness comes as North Korea, under international sanctions for its nuclear and ballistic programs, faces a

, while struggling to ward off the Covid-19 epidemic on its soil.

"A marriage of convenience": Beijing and Pyongyang want to strengthen ties against Washington