"We counted on more solid support": how the preparations for the Ukrainian summit "Crimean Platform" are progressing

In Ukraine, it was reported that Transport Minister Peter Buttidzic, who was called "a rather influential figure in the US cabinet", will arrive at the Crimean Platform summit from the United States. Earlier, Washington's Charge d'Affaires to Ukraine George Kent said that White House chief Joe Biden and Vice President Kamala Harris would not attend the summit. According to RT sources in Ukrainian political circles, such a decision by the White House suggests that Kiev is not perceived by the American side as a strategic partner. According to experts, the United States is showing a disdainful attitude towards Ukraine and its initiative. 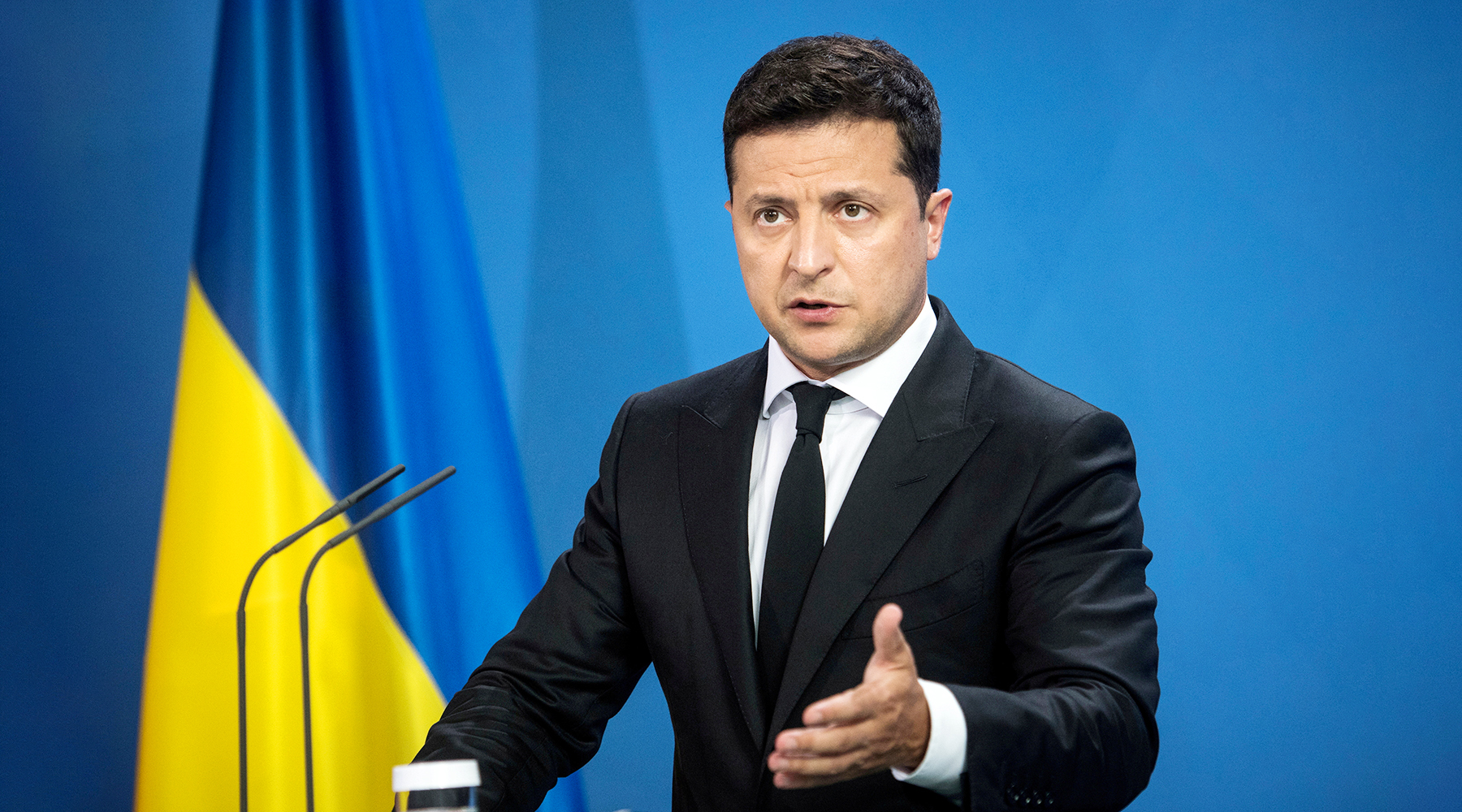 At the Crimean Platform summit, the United States will be represented by US Transport Minister Peter Buttidzic.

This was told by the deputy of the Verkhovna Rada of Ukraine from the party "European Solidarity" Mustafa Dzhemilev.

"The United States is sending (to Ukraine. -

) the Minister of Transport, he is a very influential figure in the US cabinet, this is Pete Buttidzic," he said in an interview with the Public TV channel.

Dzhemilev also noted that earlier in diplomatic circles they did not rule out the visit of American leader Joe Biden, however, according to him, the head of the White House would not come.

“I met with Kurt Volcker (diplomat, special representative of the US State Department for Ukraine in 2017-2019 -

), and he said that for a number of reasons, Biden would not come.

And besides, Biden has a specific relationship with Ukraine due to the fact that Trump tried to use in his election campaign, so because of this, most likely, he will not come.

Even if he really wants, his entourage will try to dissuade him, ”said Dzhemilev.

Commenting on this information, the head of the international committee of the State Duma of the Russian Federation Leonid Slutsky in his Telegram channel drew attention to the fact that the United States decided to send to the Ukrainian summit not a representative of American diplomacy "at least in the rank of deputy secretary of state, but the minister of transport."

“I do not exclude that the White House drew lots, deciding whom to send to Ukraine.

And even more so, it was not worth waiting for the US leadership, ”the Russian politician emphasized.

From his point of view, it would be “more useful” for Buttidzic to go to Crimea in order to learn from the experience of implementing the largest infrastructure projects in record time after the reunification of the peninsula with Russia.

“This could be the basis for cooperation, and not participation in the next Russophobic conference, which a priori cannot bring effective results,” he stressed, adding that the “Crimean Platform” is “an initially stillborn format”.

According to Slutsky, Kiev does not disclose the list of participants in "this so-called summit", because, probably, there are not many serious politicians and high-ranking officials who want to participate, to put it mildly.

“The Russian side has previously announced the provocative nature of the Crimean Platform.

Crimea is the territory of the Russian Federation at the will of the Crimeans and Sevastopol residents.

The question is closed!

Any talk about "de-occupation" will be perceived as an encroachment on the sovereignty and territorial integrity of Russia, "said the head of the international committee of the State Duma.

Earlier, Chargé d'Affaires of the United States in Ukraine, Assistant Secretary of State George Kent said that Joe Biden and Vice President Kamala Harris would not take part in the Crimean Platform summit.

He also said that the United States will be represented by a cabinet member, without specifying, however, who will lead the American delegation.

History of the issue

Recall that the creation of the "Crimean Platform" was initiated by the President of Ukraine Volodymyr Zelenskyy.

In February, he signed a decree on measures aimed at the "de-occupation" of Crimea.

As the Ukrainian leader explained, this is "an international platform for the search and further implementation of a set of measures to de-occupy the peninsula and protect the rights of Crimeans."

“I sincerely believe that the day will come when I will be able to cancel my decree - simply because it will lose its relevance and Crimea will return to Ukraine,” Zelensky said after the decree was signed.

Later, in March, Zelenskiy wrote on his Twitter that Kiev is "uniting the world" on the basis of the Crimean Platform in order to "return Ukrainian things to Ukraine."

Recall that Crimea became part of the Russian Federation after a referendum held on the peninsula in March 2014, in which the majority of residents were in favor of reunification with Russia.

Out of despair, apparently, they decided on themselves to test the effect of the proverb “No matter how much you say“ halva ”, your mouth will not become sweeter”.

Masochists, ”she wrote on her Telegram channel.

In July, First Deputy Foreign Minister of Ukraine Emine Dzhaparova announced that “several dozen countries” would take part in the Crimean Platform summit, stressing that a specific list had not yet been disclosed.

According to experts, Washington's decision to send the Minister of Transport to the Crimean Platform summit suggests that for the Biden administration this event is "not in any way significant."

“Based on the generally accepted canons of international relations, the participation in the summit of an American minister, who has nothing to do with foreign policy issues, is another confirmation that Kiev and its event are far from being in the first place on the list of US priorities, but rather vice versa. ...

Washington demonstrates a disdainful attitude towards the Ukrainian side and its initiative of the "Crimean Platform", - said Vladimir Shapovalov, deputy director of the Institute of History and Politics at Moscow State Pedagogical University, in a conversation with RT.

According to him, "Kiev counted on more solid support" from Washington in this matter.

“It is noteworthy that Ukraine has been announcing the summit for a long time, it was also reported that world leaders will allegedly take part in it.

As a result, even the United States, which verbally supports Ukraine, decided to send an ordinary official there, ”Shapovalov said.

An RT source in the Ukrainian cabinet of ministers says that it is important for Kiev to demonstrate support from Western partners, but the Minister of Transport is clearly not the level that the country's leadership was counting on.

“He is not involved in foreign policy and, obviously, will come to Ukraine just to be present.

This suggests that Ukraine is not perceived by the US leadership as a strategic partner, ”he said.

An RT source in the office of the President of Ukraine also says that Kiev was counting on a lot of support from the United States.

“The Minister of Transport is coming to the political summit.

What to talk to him about?

About the development of the metro in Kiev or new roads?

This is clearly not what the authorities were counting on, ”the politician said.

At the same time, as explained by a RT source in the Golos party, Washington defends its interests and is in no hurry to sever all ties with Russia, no matter how much the Ukrainian leadership wants.

“Therefore, Kiev will have to conduct a dialogue with Moscow in order to resolve some bilateral issues, and the Crimean Platform is nothing more than a waste of time,” the deputy stated.

In turn, a RT source in the Batkivshchyna party called the initiative to hold the Crimean Platform summit "an absolutely failed idea."

"Western partners have shown that they are not interested in this initiative, but what is the point of getting together: just to talk to each other?"

Vladimir Olenchenko, Senior Researcher at the Center for European Studies, IMEMO RAN, draws attention to the fact that the list of countries that have officially announced their readiness to participate in the summit is small.

“And these are far from the most influential states.

For example, Slovakia, the Baltic countries, Poland, "he said in an interview with RT.

According to Vladimir Shapovalov, it is easy to assume that none of the important persons, including not only the American president, but also, for example, British politicians of the first level, will not appear at the Crimean Platform summit.

“Even politicians close enough to Kiev try to avoid appearing at this event.

This is due to the fact that the Ukrainian issue is no longer of interest to the collective West, it has moved to the periphery and is perceived, rather, as an economic and political burden, ”he said.

As Olenchenko summed up, Kiev's initiative to organize a summit of the "Crimean Platform" "was deliberately flawed."

“It's just a shaking of the air.

Since all of its issues, including relations with other countries and problems of the economic situation, the current Ukrainian leadership seeks to solve with the help of Western countries.

Not to mention the fact that Kiev is putting on the agenda of the summit the issue of the jurisdiction of the Crimea as an international one, not taking into account the fact that the Crimeans have long made their choice, ”concluded Olenchenko.