Every day, NU.nl provides an overview of the most recent figures about the development of the corona virus in the Netherlands. These are the figures that are now available (Monday, July 26), combined in three graphs. 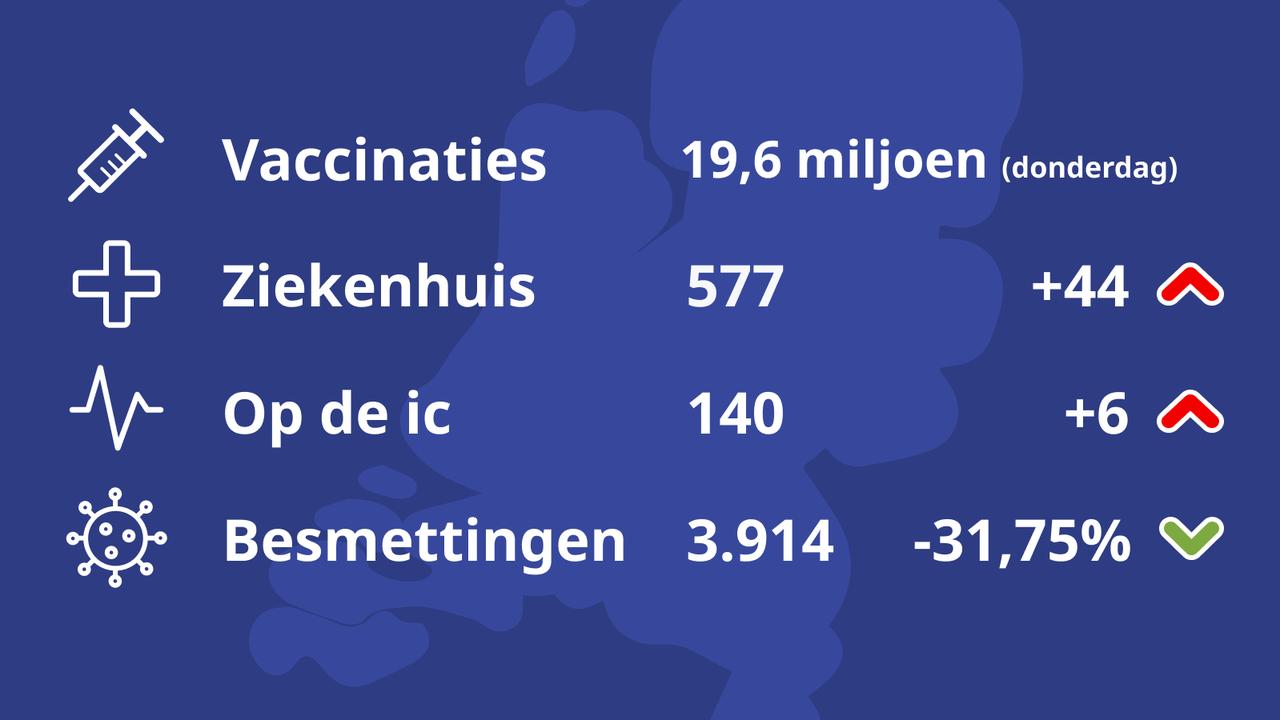 These are the figures that are now available (Monday, July 26), combined in three graphs.

Get a daily notification of the corona update

That's the smallest number in nearly three weeks, and obviously fewer than the average over the past seven days (5,735).

According to outgoing Prime Minister Mark Rutte, the number of infections has now reached a 'plateau'.

RIVM's expectation - that the number of cases would fall in the course of last week - seems to have come true.

Number of confirmed infections per day

New sharp increase in hospitals, but stabilization next week

That is 44 more than on Sunday, the National Coordination Center for Patient Distribution (LCPS) reported on Monday.

According to outgoing Prime Minister Mark Rutte, the level will be reached next week that the admissions will not increase any further.

The number of COVID-19 patients on ICUs increased by 6 patients to 140, the largest number in almost a month.

On Sunday, there were still 134 corona patients on the ICs.

"It is hard work there, but manageable," Rutte said on Monday afternoon during a press moment about the situation in hospitals.

The number of corona patients in hospitals has been increasing day by day for almost two weeks now.

Hospitals also took this into account, because the number of corona infections has risen sharply in recent weeks.

RIVM received one report about a corona-related death in the past 24 hours.

This does not necessarily mean that this patient has died from the effects of the virus in the past 24 hours.

So far, almost eighteen thousand inhabitants of the Netherlands have died from the consequences of the corona virus.

Blue stands for infections and red for deaths.

Deaths and infections by age category

The number of corona shots in the Netherlands has risen to more than 20 million.

The milestone was officially passed on Monday, one day later than expected.

Since 13 July, RIVM has only provided data on the number of injections on Tuesdays and Thursdays.

This number is therefore only updated on these days on the corona dashboard of the central government.

The number of 19.6 million is still mentioned there.

At the current vaccination rate, an average of 194 people receive a corona jab every minute.