Deaths in a Jordanian hospital after a power outage... and the government is investigating and revealing the details

The Jordanian government spokesman revealed the details of the power outage incident in the private Gardens Hospital in the Jordanian capital, Amman, which is rented by the Ministry of Health to isolate and treat people infected with the Corona virus. 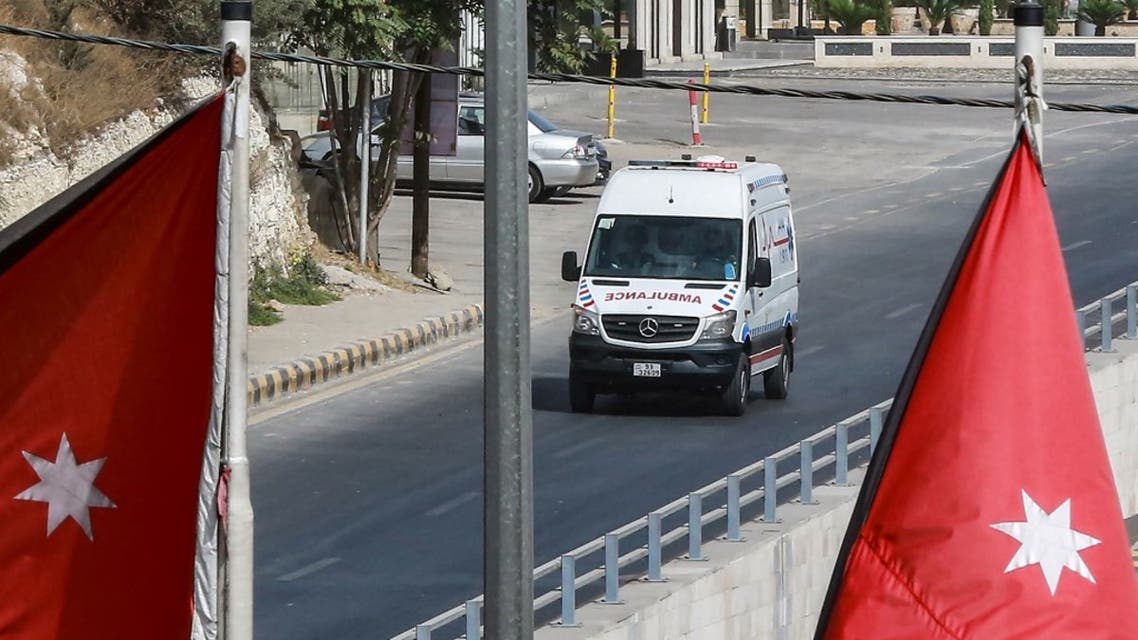 Deaths in a Jordanian hospital after a power outage... and the government is investigating and revealing the details

A spokesman for the Jordanian government revealed the details of the power outage incident in the private Gardens Hospital in the Jordanian capital, Amman, which is rented by the Ministry of Health to isolate and treat people infected with the Corona virus.

Dowden said that an electrical fault inside the Gardens Hospital caused the lighting circuit breaker to be lowered in some rooms.

Dodin said that the relevant government agencies, as soon as news was received of a power outage in the Gardens Hospital, immediately moved to find out the reasons for this incident, its causes and the damages resulting from it.

He added that the government requested the Public Prosecution Office to open an investigation into the incident of the power outage, in light of the presence of two deaths inside the hospital, the causes of which are being investigated;

This is to ensure the impartiality and integrity of the results.

He said in an intervention on Jordanian television that the investigations are currently intensive and the government is awaiting the results of the full investigation.

For his part, Director of Gardens Hospital, Fayez Abu Humaidan, said that the two deaths that were recorded in the hospital occurred before the power outage.

He explained that a power outage occurred in the hospital as a result of a short circuit that affected the lighting in it.

Abu Humaidan also indicated that the electricity outage in the hospital did not affect the medical devices, as they were connected to backup generators.

This came, while the Ministers of Interior, Mazen Al-Faraya and Health, Dr. Firas Al-Hawari, arrived at the hospital to find out what happened and take the necessary immediate measures.

A forensic source said, on Sunday, that tissue samples from one of the deceased in the Gardens Hospital accident were sent for laboratory examination.

The source indicated that the result appears after 48 - 72 hours.

The husband of the deceased woman at the Gardens Hospital in the Jordanian capital, Amman, as a result of the power outage, recounted the details of the painful accident.

And the website "Ammon" quoted the husband, who did not give his name, that the electricity was cut off in the northern wing of the intensive care unit, only one floor of the hospital.

He explained that this happened at exactly ten and eight minutes on Saturday night, noting that the ward includes 11 rooms with 11 patients.

He stated that the power outage in the ward lasted about 24 minutes, pointing out that it extended to the rest of the hospital floors.

He pointed out that a state of confusion occurred during the period between the power outage and the hospital's management of the patients' conditions.

And he indicated that the use of alternative devices to save patients also took time because of the need for these devices to electricity as well.

He pointed out that the medical staff tried to rescue his wife by using a balloon and blowing up, in order to deliver oxygen, but this came too late.

He also pointed out that they failed to save her with cardiopulmonary resuscitation, explaining that the heart rate had dropped to zero, as well as the level of oxygen.