Sudan is preparing for possible floods... and the European Union: The second filling of the Renaissance Dam does not help a negotiated solution to the crisis

The European Union expressed its regret over Ethiopia's announcement that the second filling of the Renaissance Dam was completed without an agreement with Egypt and Sudan, describing it as a unilateral step. Sudan has begun preparing for possible floods due to the rising water level of the Nile. 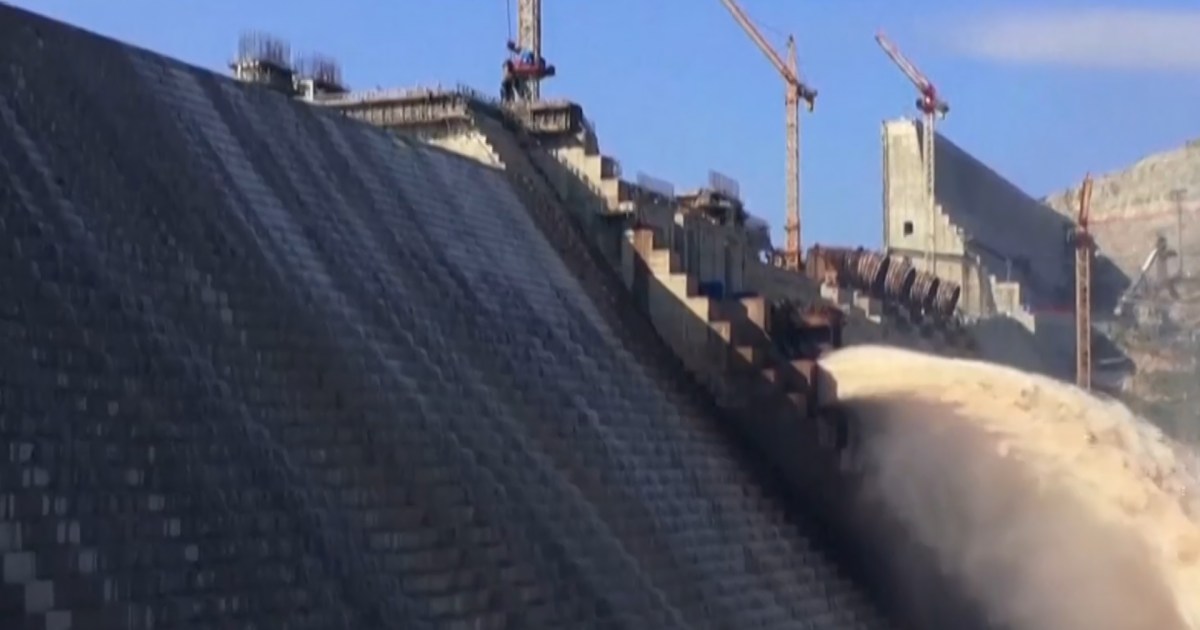 The European Union expressed its regret over Ethiopia's announcement that the second filling of the Renaissance Dam had been completed without a prior agreement with the downstream countries Egypt and Sudan, while Ethiopia launched a new platform to urge its citizens abroad to donate to complete the construction of the dam, while Sudan began preparing for the possibility of floods due to the rising water level of the Nile.

The European Union described the process of the second filling of the Renaissance Dam - which Egypt and Sudan rejected - as a unilateral step that does not help in finding a negotiated solution to the crisis, and the Union's spokesman in the Middle East and North Africa, Luis Miguel Bueno, called for the resumption of negotiations on the Renaissance Dam as soon as possible, according to an agreed time frame. There is an agreed upon roadmap.

Bueno added that the European Union continues to call on the parties to resume negotiations, stressing its support as an observer of these negotiations.

On July 20, Ethiopia revealed the completion of the second mobilization of the controversial Renaissance Dam without concluding an agreement with the downstream countries regarding filling and operating the dam, and Sudan denounced the move;

He considered it an insistence by Ethiopia to continue imposing a fait accompli with regard to the dam file, and called on both Khartoum and Cairo and Addis Ababa to return to negotiations to complete a binding agreement on the dam.

In a related context, Ethiopia announced - yesterday, Saturday - the launch of a new platform called "Sadi" to urge citizens in the diaspora to donate and contribute to financing and supporting the completion of the construction of the Renaissance Dam, which is the largest in Africa, and Ethiopian Prime Minister Abiy Ahmed said that the platform's goal is to empower Ethiopians. around the world to make their contributions to the Renaissance Dam.

In Sudan, Al-Jazeera correspondent reported an increase in the gradual discharge rate of the Roseires Dam lake (southeast of the country) after the increase in the amount of water coming from the Ethiopian plateau, and the dam administration was quoted as saying that the level of water incoming from Ethiopia has become in the normal range during the rainy and flood season.

The administration stated that the dam operates according to the normal engineering method, including the procedures for opening and closing its gates during this time each year.

The Fall and Flood Emergency Room in Meroe Governorate (northern Sudan) announced that the administration of the Meroe Dam - which is about 400 km north of Khartoum - reported the arrival of unexpected quantities of Blue Nile water, which prompted the opening of two gates in the dam to drain the water.

Yesterday, the Sudanese authorities declared a state of emergency in the dam area in anticipation of a flood, after the arrival of large quantities of water above the expected reach of the dam lake, days after Ethiopia announced the completion of the second filling of the Renaissance Dam.

Ibrahim Mohamed Saleh, assistant director of the Meroe dam, said that the dam administration sent a warning bulletin to citizens on the banks of the Nile River in anticipation of this year's flood.

In statements to Al Jazeera, Saleh added that they had opened two of the dam's gates to drain the water flowing from the upper Atbara River, and that they would open more doors as needed.

And last Sunday, the Ministry of Irrigation and Water Resources in Sudan announced an expected increase in the water supply of the Blue Nile as a result of heavy rains on the Ethiopian plateau, and called on its citizens living on both sides of the Blue Nile to take precautions to preserve lives and property.

The Meroe Dam is a Sudanese hydroelectric dam located on the course of the Nile River near the city of Meroe in the Northern State, 350 km from Khartoum.

The construction of the dam was completed on March 3, 2009, and its height reaches 67 meters, and the storage capacity of its lake is more than 12 billion cubic meters, with a length of up to 176 km. It is the largest water body in Sudan, and stores enough water to generate electricity stably throughout the year.

The Russian Foreign Ministry called for not politicizing the Renaissance Dam file, to avoid any possible escalation of tension between the three countries, Egypt, Sudan and Ethiopia.

The Russian Foreign Ministry said that the settlement of disputes between Egypt, Sudan and Ethiopia over the dam must take place in accordance with the Declaration of Principles Agreement signed between them in 2015.

The ministry announced that the military-technical cooperation agreement with Ethiopia does not have any destabilizing character, as it described it.

It is noteworthy that Russia and Ethiopia signed - in early July this year - an agreement on military cooperation, at the conclusion of the 11th joint periodic meeting of cooperation between the two countries.

Egypt considers that the Ethiopian dam represents a serious danger to its supplies of the Nile River water, on which it depends almost entirely.

Sudan also expressed concern about the safety of the dam and its impact on dams and water stations.

Long-running diplomatic efforts have not been successful in settling the dispute between Addis Ababa and both Cairo and Khartoum.

It is noteworthy that on the eighth of this month, the UN Security Council concluded the necessity of re-negotiating the Renaissance Dam, under the intense sponsorship of the African Union, to sign a binding legal agreement that meets the needs of the three countries.