Nigeria: 28 high school students freed by their captors in the North West

Thirty high school students among the 121 kidnapped on July 5 from their high school dormitories in Chikun, Kaduna state, were released on Saturday by their captors. Kidnappings of travelers ... 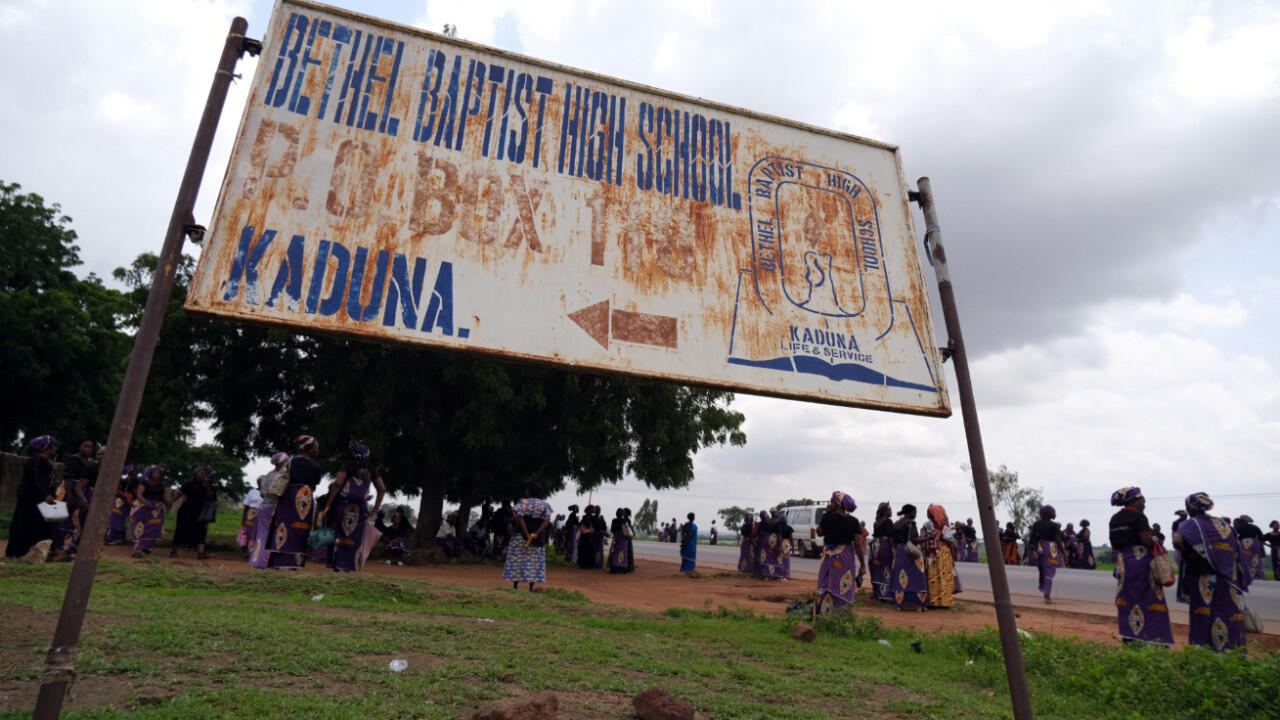 The criminal group that kidnapped 121 teenagers from a high school in northwest Nigeria in early July released 28 hostages on Saturday.

On July 5, armed men invaded the dormitories of Bethel Baptist High School in Chikun, Kaduna state at night, before kidnapping its residents aged 10 to 19.

This attack is the latest in a series of mass kidnappings of children and students in northwestern Nigeria by organized criminal groups.

"Twenty-eight have been released and we have reunited them with their parents," Reverend Joseph Hayab, one of the school's officials, said on Sunday.

"The bandits released them yesterday and we went to pick them up with the church buses," said the reverend, who said the children spent the night in the school before the authorities called their parents. early Sunday to tell them to come and pick them up.

Contacted by AFP, the Kaduna state police did not react early Sunday afternoon.

"In all, we have 34 children who have regained their freedom, and 87 who are still being held hostage by the bandits," said the reverend.

Indeed, "five children had fled on July 21, two of them had been found by the police. The other three had managed to reach the school on their own," he added.

"They had managed to escape when the bandits sent them to fetch firewood for the kitchen. Two weeks ago, the kidnappers also released a high school student on medical grounds."

After the kidnapping, the kidnappers demanded food and ransom from school officials for the hostages' release.

"We talked a lot with the bandits. The church but also the parents played a role" in their release.

"As a manager, I would be lying to you if I told you that it was not about the money, but I cannot tell you how much was given," he added.

Now, "we pray that they release the other children."

Kidnappings of road travelers or influential figures for the payment of ransom are common in Africa's most populous country.

Boko Haram Islamists had carried out the first kidnappings in schools, including kidnapping more than 200 young girls in their dormitory in Chibok in 2014, an event that had stirred world public opinion.

But kidnappings of schoolchildren have tragically increased since, especially this year, when more than 1,000 young people have been kidnapped since December 2020 by organized criminal gangs that can number in the hundreds of members, some of which have forged links with the jihadist groups present in the North-East.

Most of the schoolchildren were released after negotiations but many remain in the hands of their captors.

This is particularly the case for a hundred children kidnapped in early June in a Muslim school in the neighboring state of Niger, and still held hostage.

“Tegina's little girls and boys, some 5 years old, have been in captivity for 56 days now. It is clear that the parents have been completely neglected, with both the state and the government. federal government who are not making any concrete effort to free these defenseless children, "Nigerian analyst Bulama Bukarti accused Sunday on Twitter.

Nigerian President Muhammadu Buhari, a former general, had ordered the security forces to do everything to release the children but the head of state is strongly criticized as the security situation in the country continues to deteriorate.

Nigeria, with some 200 million inhabitants, is facing serious unrest, especially in the northeast of the country, a region still plagued by conflict with jihadist groups Boko Haram and Islamic State in West Africa (Iswap ), which have left at least 36,000 dead and two million displaced since 2009.