Meteor crashes in Norway - SOS was alerted about "emergency rocket"

Shortly after one o'clock, the night before Sunday, a strange light phenomenon appeared in the night sky. According to Vegard Lundby, a member of the Norwegian Meteor Network, it was a meteor that struck southwest of Oslo. - We are one hundred percent sure of that, a meteor of a few tens of kilos, he says to SVT. 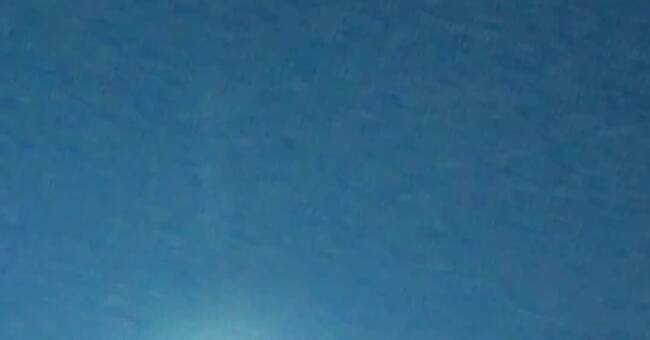 The voluntary network has received observation reports from Trondheim in the north to Kristiansand in the south.

But even on the Swedish side, the light phenomenon seems to have been seen.

- Yes, we got calls and phone calls about it.

It was from different positions in the western parts of the country that they noticed something that was thought to be an emergency rocket, says the spokesperson for SOS who is responsible for the rescue region Bergslagen.

Vegard Lundby believes that the meteor may have been visible all the way to Stockholm.

Aftonbladet states that readers from Dalarna, Värmland, Närke, Sörmland, Uppland and Östergötland have called in and told about the strange light in the night sky.

The Norwegian Meteor Network is now working to determine the exact position of where the meteor landed.

The reports indicate that it is somewhere in the Lier area between Oslo and Kongsberg.

The impact on the ground must also have created a loud bang, which was heard in Norway.

This is quite typical of meteors.

I have seen meteors many times, but I have never heard the rumble after a meteor in that way at any time, says Morten Bilet, who is also a member of the Norwegian Meteor Network, to NRK.