MBC, South Korea's oldest radio and television company, apologized on Saturday, July 24, after the many criticisms it received for its retransmission of the cereal… 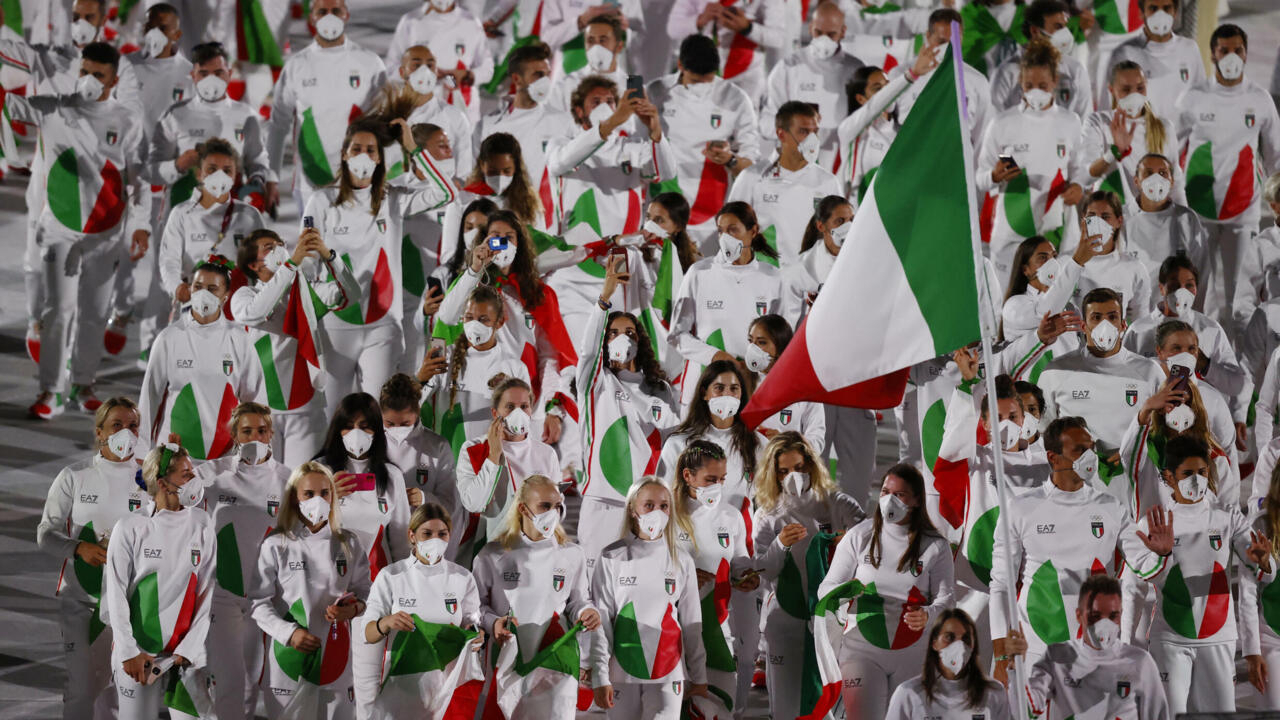 The Italian delegation at the opening ceremony of the 2020 Olympics on July 23, 2021, was represented with a pizza-encrusted image, by the MBC channel.

MBC, South Korea's oldest broadcast television company, apologized on Saturday, July 24, after the many criticisms it received for its broadcast of the opening ceremony of the Tokyo Olympics.

A plate with salmon to present Norway, a pizza for Italy, a photo of rioters during the passage of the Haitian delegation or the Chernobyl nuclear power plant for that of the Ukrainian delegation: the images used by the Korean channel MBC to present the various delegations participating in the Tokyo Games during

But some captions embedded in the footage of the opening ceremony went even further.

a former nuclear test site for the United States

these images and comments "

to the countries concerned, including Ukraine, as well as to [its] viewers

An apology deemed insufficient by many Internet users who call on the management of this channel to send an apology message in all languages ​​and for each country concerned.

Tokyo 2021: an opening ceremony for the Games between Covid and resilience