The Center Party's proposal for a reformed beach protection and strengthened property rights for private forest owners raises concerns among the environmental movement, which fears that the right of public access risks being weakened. According to the MP, the investigation proposals are real threats to the public's access to the beach and coast, C thinks that the debate has become disproportionate - environmental and public considerations will continue to exist. 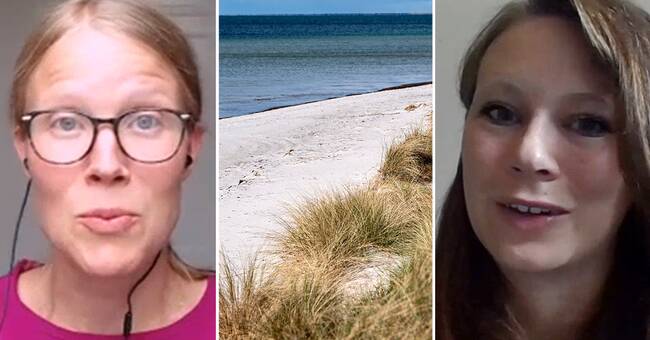 What beach protection and property rights for private forest companies should look like in the future may be the new contentious issue in Swedish politics.

The government partner, the Green Party, is on the opposite side of the Center Party in the matter - in the middle is the Social Democrats, who must find a solution for the budget to go through in the Riksdag this autumn.

The Swedish Society for Nature Conservation: Becomes a class issue

From the environmental movement's point of view, there is a concern that a relaxed beach protection threatens the Swedish right of public access, the right to move in private forests and land, provided that one does not disturb or destroy.

The digital appeal #bevaraallemansrätten has so far collected 23,500 signatures and the Green Party's own digital name collection "Save the beach protection" has 3,000 signed so far.

- Beach protection is an important part of the right of public access.

The whole idea is that it should give the public the opportunity to gain access to attractive and pristine beaches, so that not only those who can afford it have access, says Karin Lexén, Secretary General of the Swedish Society for Nature Conservation.

Should highly exploited coastal areas receive lighter beach protection, the association sees a risk in Sweden moving more towards what it looks like in the rest of Europe.

Instead, they want to see more exceptions in the existing regulations, for example to make it easier for farmers in coastal areas.

MP's Rebecka Le Moine, believes that the issue of beach protection and forest policy will be the big burning political issue this autumn.

- How can one claim that we still have the right of public access if our beaches are not accessible to everyone?

There is a real concern that it will not be taken into account, that the municipalities may arbitrarily designate areas to be protected.

The MP is ready to sit down at the negotiating table with C again, but Le Moine does not want to speculate on what points they could agree on.

- We have been clear that we are happy to return to the negotiating table and continue where we left off.

C: There are valves

From the Center Party's side, it is important to push through the proposals from the January agreement, but they are prepared to negotiate exact formulations, says Kristina Yngwe (C), rural policy spokesperson:

- Basically, it is good that there is protection for biodiversity and the public's access to beaches, but the current regulations put a brake on development in many parts of the country, says Yngwe.

She thinks that the debate that has now flared up is not in proportion to the proposals that have been put forward.

- There are valves, braces and life belts in all three liberalization proposals. For example, the county administrative boards must be able to re-establish beach protection if there are areas that are considered important for biological diversity or the public's access to beaches.