SVT explains: What is skin whitening?

Products that are supposed to whiten the skin are popular in large parts of the world. The Medical Products Agency warns of health risks, while some experts believe that skin bleaching can have negative psychological consequences. 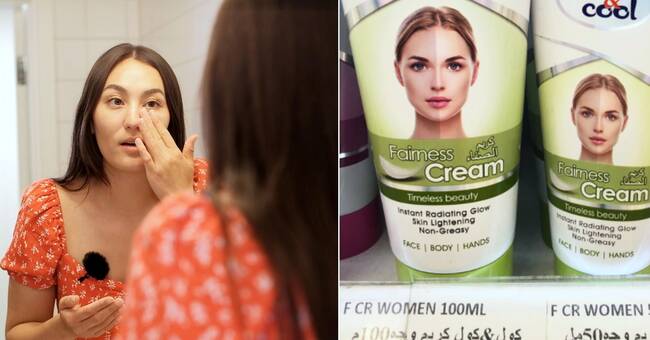 According to psychologist Damon Navandi, the phenomenon is partly a remnant of colonialism.

- To commit violence on oneself with chemical means and sometimes corrode one's group affiliation, legitimizes and maintains the prevailing order of power based on the whiteness norm.

A hierarchy where the privileged are white rich men, he says.

Damon Navandi believes that the constant pursuit of an unattainable ideal can create so-called minority stress.

It is a type of stress that can occur when a person is repeatedly exposed to, for example, discrimination and exclusionary norms.

However, he emphasizes that the individual should not be blamed, but points to a more structural problem.

- A simplified way to explain the psychological aspect is the pursuit of survival - being close to your perpetrator comes with some perceived benefits.

Hear more about skin whitening in the clip.