JO-2020 - Skateboard: five Blues in the spotlight Tokyo (AFP) From the streets to the Olympics: skateboarding is making its big Olympic debut in Tokyo, where there are five French people, two women and three men, in the role of contenders against the flagship nations of the United States, Brazil and Japan. Skateboarding is one of the five additional sports at these Games along with surfing, karate, rock climbing and baseball / softball. Two di 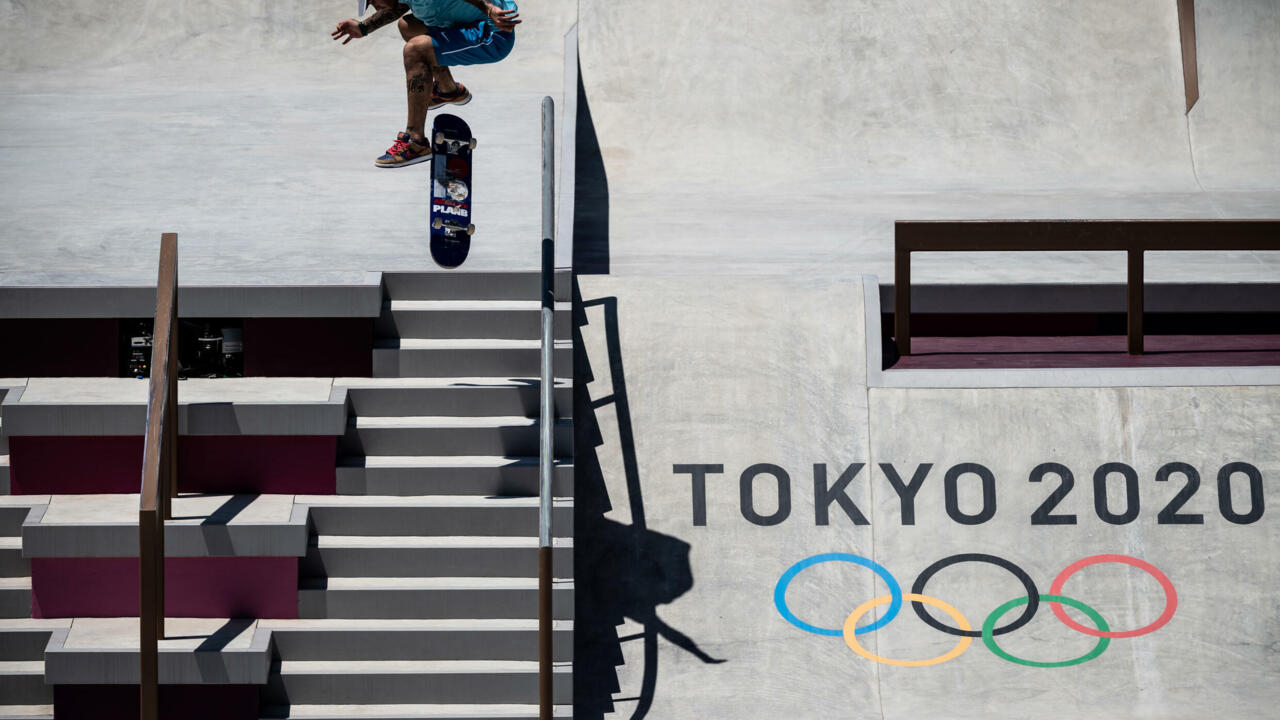 From the streets to the Olympics: skateboarding is making its big Olympic debut in Tokyo, where there are five French people, two women and three men, in the role of contenders against the flagship nations of the United States, Brazil and Japan.

Skateboarding is one of the five additional sports at these Games along with surfing, karate, rock climbing and baseball / softball.

Two disciplines are on the program: the street, a series of figures in an area reproducing street furniture (ramps, stairs, benches, etc.) and the park (or bowl), a series of very aerial figures in a large empty pool with water. relief.

Madeleine Larcheron, 15, and Vincent Matheron, 23, are competing in the park on August 4 and 5.

"We can have an ambition for medals, it is not necessarily pretension. We have already had results, titles and podiums", said Tuesday the coach of the France team Florent Balesta, in conference of hurry.

"In skateboarding, everyone can make a splash. Aurélien is 6th in the world, he finished third in the Dew Tour (benchmark competition in the United States), where he won in 2019", explained Balesta a few weeks before the Games.

"Intrinsically, he's the most talented on the team."

"Vincent (Snowy), by dint of work, developed a talent which was a little less revealed", according to the coach.

The two Frenchmen can stand out in a competition where the American Nyjah Huston and the Japanese Yuto Horigome and Sora Shirai are big favorites.

- "An opportunity for our sport"

"We have the equipment of the French team, it is a source of pride, I will give myself even more to a thousand percent than I will do for myself," assured Giraud on Tuesday.

"It's an opportunity" for our sport, "it's cool that people discover our universe".

A brilliant student, Charlotte Hym is "someone who came to skate super late," says Balesta.

"She comes from the street, she had to take her bearings on skateparks. It's a great reward for her to be at the Games".

“We skate around, people turn their heads. I never expected to skate in the Olympic Village in my life,” laughs the Frenchwoman.

"We do not go unnoticed," says Snowy.

"Someone told me not to hurt myself while skating around the Village! People still don't realize it's my work tool."

In women's street, the Japanese Aori Nishimura and Momiji Nishiya, the Brazilians Leticia Bufoni, Pamela Rosa and the very young Rayssa Leal (13 years old) are the main contenders for the title.

In the park, Madeleine Larcheron, 15, is the youngest of the French delegation to the Olympics, but "she has a strong character" explains her coach.

"She has her + run + type and she is able to put it on all the skateparks in the world".

"I am revising my + basic + to improve them. We mainly work on the length and speed", explains Larcheron.

Younger still, Briton Sky Brown, 13, is one of the favorites, as are Japanese Misugu Okamoto and Sakura Yosozumi.

On the men's side, the Marseillais Vincent Matheron, hatched by skate legend Tony Hawk, is back from afar after a triple fracture to his right ankle a year ago.

"Vincent is the Phoenix, he never gives up," Balesta rejoices.

Here again, the main contenders will be Americans, like Heimana Reynolds, Cory Juneau and Zion Wright or Brazilians like Pedro Barros and Luiz Franscico.