JO-2020 - Knock knock, Tokyo: what struck us this Saturday Tokyo (AFP) They are not all Olympic champions but they are also writing the history of the Tokyo Olympics. . Story of the day This is the story of a young Georgian who became the first French medalist at the Tokyo Games after a long journey between Tbilisi and Tokyo, passing through Belarus, Poland, Paris and Le Havre. Born in Tbilisi, he arrived in France in 2010 with refugee status. "We paid 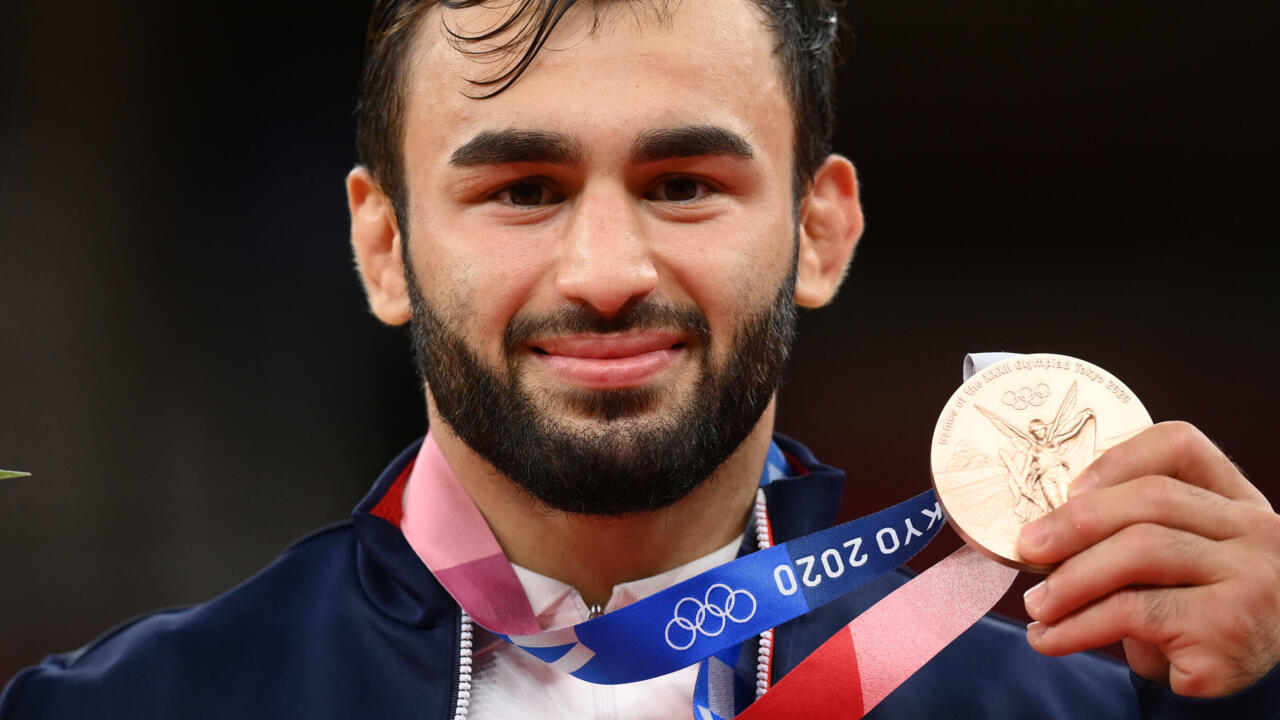 They are not all Olympic champions but they are also writing the history of the Tokyo Olympics.

Story of the day

This is the story of a young Georgian who became the first French medalist at the Tokyo Games after a long journey between Tbilisi and Tokyo, passing through Belarus, Poland, Paris and Le Havre. Born in Tbilisi, he arrived in France in 2010 with refugee status. "We paid someone to bring us to France when our request was refused in Poland, a smuggler," he explains. First settled in Paris before leaving for Le Havre, the child knocks on the door of a judo club, a sport discovered in his country of origin. "When I arrived, I did not speak French. I arrived with a translated letter, which just said that I wanted to do judo," he explains. Naturalized French in 2015, he was proud in the Nippon Budokan in Tokyo with his bonze medal. "France welcomed me, opened its arms to me, even if it was not easy, we had to wait. "This man is called Luka Mkheidze.

Face of the day

The Chinese Qian Yang lit her face with the first golden smile of these Olympics.

The 21-year-old won the first of 339 Olympic titles at the Tokyo Games on Saturday, winning the 10m rifle competition.

Facies imperturbable and totally closed, Qian Yang notably took advantage of a final stray bullet from her rival, Russian Anastasiia Galashina, who is playing under a neutral flag due to the suspension of Russia for doping, to adorn herself with gold.

The Swiss Nina Christen completed the first podium of these Olympics.

Unusual of the day

Loa Dika Toua comes from Papua New Guinea, she is 37 years old, two children and enjoys making Olympic history. This weightlifter took part in her fifth Olympic Games on Saturday. Since Sydney-2000, her collection is simply missing the trip to Rio in 2016. And in addition to being the only one in her discipline to have so many participations in the Olympics, her other fact of glory is to have been the first woman to lift Olympic dumbbells since she was the first competitor in Sydney-2000, the year the discipline was opened to women. "Your dream is to go to the Olympics once, maybe twice but never in your life can you imagine going there 5 times," she said. And if Toua finished 10th out of 11 on Saturday in Tokyo,she may have an excuse with an obvious lack of sleep since a few hours before her tournament she was the flag bearer of her country at the opening ceremony: history again and again.

Perf of the day

In itself nothing extraordinary, nor surprising.

Carapaz was one of the favorites in this race designed for climbers on the slopes of Mount Fuji.

The feat for Carapaz is to be seen through the eyes of his compatriots.

The former winner of the Giro and third in the Tour de France last Sunday on the Champs-Elysées, is only the second Olympic champion in the history of his country.

Only the walker Jefferson Perez was adorned with gold, on a 50 km walk at the Atlanta Olympics.

Photo of the day

For his fourth Olympic Games, Kohei Uchimura, double Olympic champion in the all-around competition, dreamed of another outcome in front of his audience.

At 32 years old and with one of the most beautiful achievements in history (3 Olympic titles and 10 world titles), Uchimura had chosen to focus on this apparatus because of recurrent pain in his shoulder, which makes him to feel "like a fossil".

But it is the nose in the carpet that ended his Olympics and perhaps his career.