In conclusion: how the US Congress called for the release of Americans imprisoned in Russia

The Russian Embassy criticized the new anti-Russian resolutions adopted by the US Congress. In the documents, American parliamentarians demand from Moscow to release convicted Americans Paul Whelan and Trevor Reed from prison. The diplomatic mission recommended politicians to tackle problems within their own country and reminded of the Russians in US prisons. Experts believe that by such resolutions, American lawmakers are trying not only to earn political points for themselves, but also hinder the normalization of relations between Moscow and Washington. 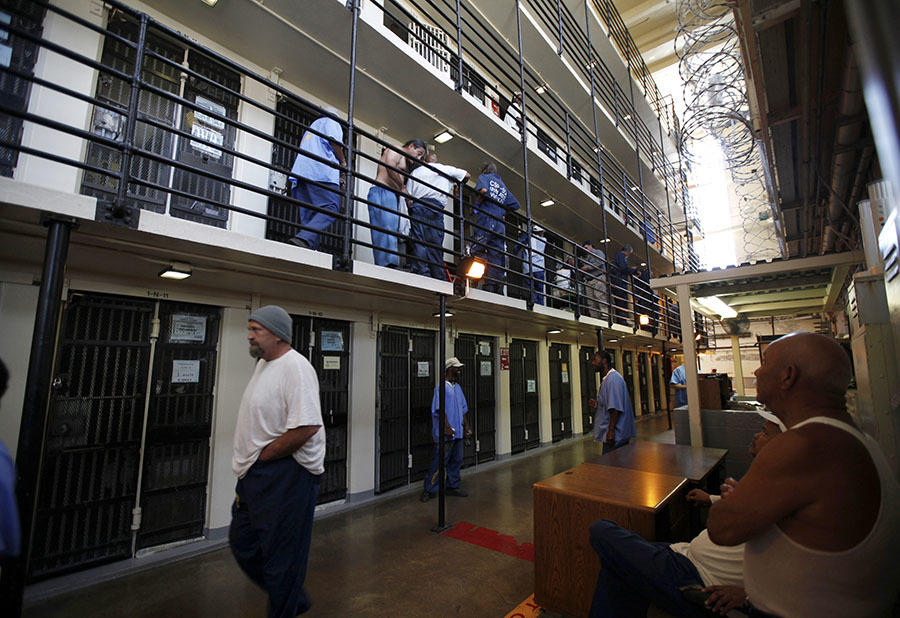 American politicians should pay attention to the problems in their own country, and not put forward demands on Russia.

This statement was made at the Russian Embassy in the United States, commenting on the resolution of the Foreign Affairs Committee of the Senate of the Congress calling for the release of convicted Americans Paul Whelan and Trevor Reed.

“Local legislators have once again worried about the allegedly poor conditions of detention of several American prisoners in Russian prisons.

This is taking place against the backdrop of the fact that tens of thousands of US citizens face inhumane treatment here every day and are denied access to adequate medical care.

Our compatriots found themselves in this very situation.

Maybe it's time for parliamentarians to tackle problems within their own country? ”The diplomatic mission posted on Facebook.

The diplomats also attached to the post photographs of Russians Viktor Bout, Konstantin Yaroshenko and Roman Seleznev, detained in third countries, then extradited to the United States and held in American prisons.

Russia has repeatedly noted the unlawfulness of the United States' application of its internal laws on the territory of other states, which allow the arrest and detention of Russian citizens.

At the same time, according to Russian President Vladimir Putin, the complaints of imprisoned Russians are ignored by representatives of the American authorities.

“The pilot we have there, Yaroshenko, who was taken from a third country to the United States, was given a rather long term there.

He has big health problems, but somehow the administration of places of deprivation of liberty pays no attention to this, ”the Russian leader said in an interview with NBC.

In turn, the press secretary of the Russian President Dmitry Peskov recalled that Moscow "has consistently declared its disagreement to extend American law extraterritorially."

“In this regard, we consider it illegal to keep Bout and Yaroshenko, that is, Russian citizens, in American prisons,” Peskov said.

For a spy and a rowdy

Recall that on July 22, the Foreign Relations Committee of the US Senate adopted two resolutions calling on Russia to release convicted American citizens Trevor Reed and Paul Whelan.

Paul Whelan, a former American infantryman, was detained at the Metropol Hotel in Moscow on December 28, 2018.

According to the investigation, he was collecting classified information in Russia and tried to recruit employees of the FSB and the Ministry of Defense.

However, the defense claims that Whelan allegedly had nothing to do with intelligence, and came to Russia on business.

Nevertheless, the Moscow City Court found the American guilty and sentenced him to 16 years in prison.

At the moment, Paul Whelan's lawyer is preparing an application for his expulsion from Russia.

According to the prosecution, he had a conflict with two women, as a result of which a patrol service was called in.

The man, being in a state of alcoholic intoxication, did not want to calm down, so the police officers took him to the police department.

On the way, Reed hit one of the law enforcement officers and attacked the driver of the company car, which led to an emergency.

The Golovinsky court in Moscow found the student guilty of using violence against a government official and sentenced him to nine years in a general regime colony.

“Paul Whelan and Trevor Reed are in a Russian prison for serious crimes.

At the same time, Booth and Yaroshenko did not commit any crimes as such, "explained Yuri Rogulyov, director of the Franklin Roosevelt Foundation for the Study of the United States at Moscow State University, to RT.

According to him, the Russians have become victims of provocations.

In particular, in March 2008, agents of the American drug police DEA contacted Viktor Bout through his longtime acquaintance in Bangkok, introduced themselves as members of the leadership of the left-wing anti-government group FARC and allegedly persuaded the Russian to supply them with weapons.

Bout was later detained by Thai police on charges of "helping" Colombian terrorists posing as Americans, and then deported to the United States.

In the case of Konstantin Yaroshenko, DEA officers acted in conjunction with the Liberian police.

On May 28, he was arrested by members of the Republican National Security Agency, and two days later he was handed over to US agents of the US Drug Enforcement Administration.

According to the Americans, Yaroshenko was allegedly involved in organizing an international cocaine smuggling scheme with the intention of delivering drugs to the United States.

The American special services secretly took the Russian citizen to the territory of the United States, in fact, organizing his abduction - no one informed the Russian diplomatic mission about the intentions in relation to Yaroshenko.

According to Rogulev, the current resolutions of the US Senate were not accidentally adopted at a time when US President Joe Biden refused to impose sanctions against Nord Stream 2 and began negotiations with Russia.

"American politicians are deliberately muddy the waters in order to prevent the emergence of positive steps, actions in US-Russian relations," the expert believes.

In turn, the general director of the Center for Political Information, Alexei Mukhin, believes that the background of these documents is more utilitarian.

In his opinion, in this way the congressmen are trying to earn political points for themselves, since in fact the adopted resolutions have no legal force, but are only of a recommendatory nature.

“They just have some obligations to the voters, they want a good line on their resume.

In order to say: "Look how hard we fought for US citizens who" rot "in Russian prisons," Mukhin said in a commentary on RT.

At the same time, as analysts point out, the United States considers itself entitled to interfere in the affairs of other countries and apply its laws around the world.

“According to US law, American intelligence services have the right to hunt, arrest and take away those who threaten the United States or, in their opinion, intend to commit a crime against them, anywhere.

In Washington, crimes related to drugs or weapons are considered especially dangerous, therefore, according to American lawmakers, this right can be extended and applied anywhere, ”explained Yuri Rogulyov.

It was on these grounds that Viktor But and Aleksey Yaroshenko were arrested and convicted.

The Russians, by decision of the American courts, received 25 and 20 years in prison, respectively.

And these citizens of the Russian Federation are not the only ones whom the United States deemed necessary to condemn according to its laws.

As the Russian Foreign Ministry recalled, more than 60 Russian citizens are already in a similar situation.

“... If you, dear friends and colleagues, have reason to believe that American law enforcement officers, for one reason or another, may have claims against you, I would strongly advise you to refrain from traveling abroad, because you may find yourself in a situation, in which more than 60 Russian citizens have already ended up, who have fallen into a difficult turnover when they faced arrests under American warrants, and in some cases with direct seizure at the direction of the American special services or with their participation, "he warned in an interview with International Affairs magazine Deputy Foreign Minister Sergei Ryabkov.

At the same time, as the diplomat pointed out, the American authorities reject the existing 1999 agreement between Russia and the United States on legal assistance in criminal matters.

Such actions of the American authorities, experts emphasize, do not fit into any framework of international law.

“The principle of extraterritoriality of American law, which the United States is trying to extend to different countries, is in itself very dubious.

It's like Russian laws would apply in the United States.

But nevertheless, the United States practices such methods, guided by the law of the strong, ”said Alexey Mukhin.

In his opinion, Washington is so carried away by the idea of ​​its world domination that international law is no longer a priority for it.

“The United States came up with the idea that they are the world dominant and that international law does not apply to them. Therefore, we are sure that they can do whatever they want and deem necessary. But this is an extremely vicious practice, ”Mukhin summed up.