In Athens, police use tear gas on vaccine opponents

Greek police broke up a mass rally of opponents of forced vaccination against coronavirus, who gathered in the central Syntagma Square in Athens. 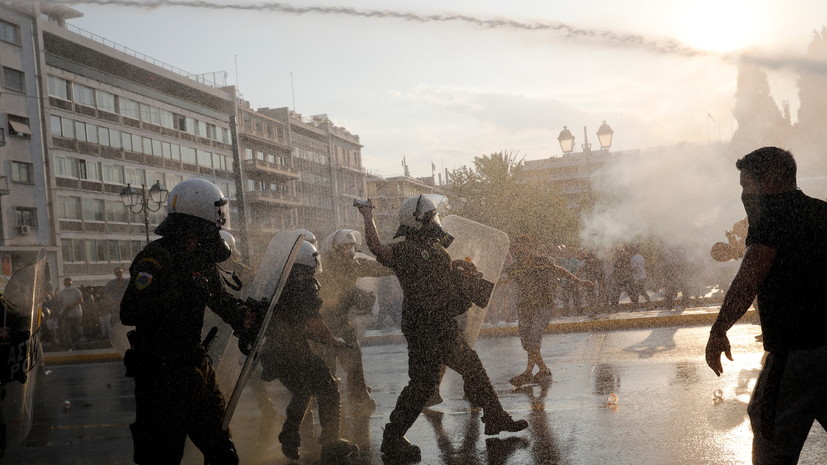 As noted, the rally, which, according to police estimates, was attended by about 2,000 people, took place outside the walls of the Greek parliament, surrounded by a dense ring of police special forces.

Towards the end of the rally, several young people started throwing Molotov cocktails towards the special forces.

The police responded to the protesters' actions with tear gas and flash bangs.

Earlier it was reported that more than 160 thousand people went to protest across France against the introduction of sanitary passes.